Leader of the council 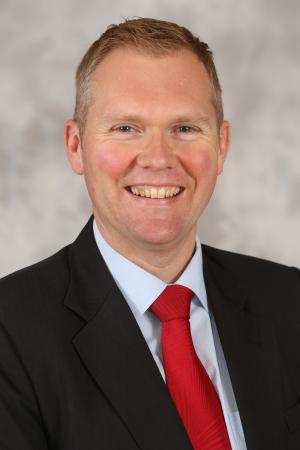 Nick Forbes, leader of Newcastle City Council, is passionate about tackling inequality and prejudice and is determined Newcastle will become a better, fairer place under his leadership.

Nick has been leader since April 2011 and 'hit the ground running' with the city's biggest ever consultation initiative, Let's Talk Newcastle, which gives anyone in the city the chance to have a say on what they think Newcastle's priorities should be. He describes Let's Talk as a conversation he wants to have with people about their hopes, aspirations, struggles and fears.

And Nick has set out four clear council priorities for the years ahead, centering around job creation, decent neighbourhoods, tackling inequalities and creating a fit-for-purpose council that can respond to a changing economic and political environment.

Nick has become council leader at one of the most challenging times in Newcastle's civic history. The council had to find £40m of savings in 2011/12 and a further £30m the following year and his key political challenge has been and remains to mitigate the effects of these reductions on the thousands of vulnerable people who receive council services across our city.

Nick has also prioritised moves to devolve more responsibility to neighbourhoods making sure that local people get more of a say in the services they receive and is calling for more sophisticated solutions to old arguments about outsourcing versus in-house delivery. He wants to create a city with dynamism, energy and imagination which will make sure all of its citizens fulfil their potential.

Brought up in nearby rural County Durham, Nick has always had a sense of Newcastle's importance as a regional capital for North East England. A Cambridge-graduate, he has been a Newcastle city councillor since 2000 representing Westgate Ward and became leader of the Labour group in 2007.

As well as chairing the council's Cabinet committee, he represents the city on a range of bodies and is vice chair of Tyne and Wear Fire and Rescue Authority. He is a member of Labour's national policy forum and chairs FRESH, the campaign for a smoke-free North East.

Nick trained in the NHS and is chief executive of Community Action on Health, a regional charity designed to give a voice to communities in health and care service planning and delivery. In the little spare time he has, Nick enjoys music - he sings in the Northern Sinfonia Chorus - reading and walking.

The Deputy Leader of the Council is Councillor Joyce McCarty.

Leader of the Council's Office
There are three members of staff based in the Leader's Office.