In recent years residents of Hesleyside Drive and neighbouring streets have been subject to flooding following heavy rainfall.   Newcastle City Council carried out a study to determine the causes of flooding, flow routes and which properties have been affected or are likely to be in the future.   The findings of the study identified run off from King George's Playing Field as the main contributor to surface water flows and determined the depth of flood water around flooded properties.

A flood alleviation scheme has been designed and modelled to create two dry basins (landscaped depressions) (pdf 212.2kb) at the low point in the south west corner of the playing field to intercept surface water during times of heavy rain, before releasing it in a controlled manner into the sewer network.  Modelling demonstrated that this would improve protection to properties on Hesleyside Drive and neighbouring streets.  Both basins will be planted with trees and wild flower meadow to help absorb water and create biodiversity and amenity.

The study also determined that surface water run off from roads contributed to flooding, although only a small number of properties were affected.  The installation of property resilience measures will address this and the affected residents will be contacted directly regarding this.

A planning application has been submitted, and members of the public can comment on the details.  Through the planning application process discussions are taking place with Sport England to address the impacts of the basins on sports pitch provision as one of the existing playing pitches will have to be moved a few metres to accommodate the scheme.

Timescale for construction is yet to be confirmed but details will be updated when available.

Residents of Kingsmere Gardens have been subject to flooding after heavy rainfall, most recently during the 2012 thunder storms.  Newcastle City Council carried out a study to determine the causes of flooding, flow routes and which properties were at risk.  Results of the study identified that Kingsmere Gardens was situated in a low point and surface water run off from neighbouring streets was contributing to flooding properties.  The study highlighted the depth and volume of water around the properties and the information was used to design a solution that would convey the surface water flows away from properties to a location that was able to cope with additional volumes of water.

The flood alleviation scheme design  (pdf 735.3 kb) captures surface water flows at the junction of Kingsmere Gardens and Exeter Street via specialised oversized gullies.  The gullies are connected to a large pipe which will convey water along Exeter Street across Wharrier Street and into Walker Park.  In Walker Park the pipe is connected to an underground tank which will hold the surface water before slowly discharging into the wildflower meadow area within the park (formerly the dry lake).

Phase 1 of the work in the park  to the wildflower meadow was completed September 2020.  The meadow has been lowered to reduce the speed of the surface water flows and re-seeded with wildflowers and wetland plants, it will take a few weeks to establish growth.  The soil that was removed has been re-used to create a gentler slope on the side of the footpath close to the park's lodge. 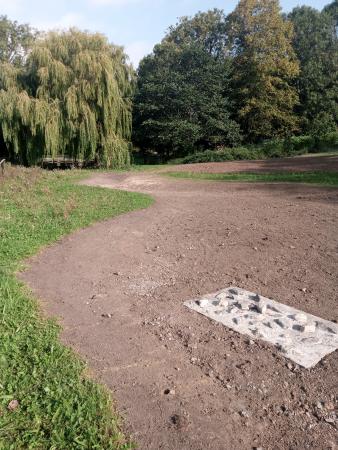 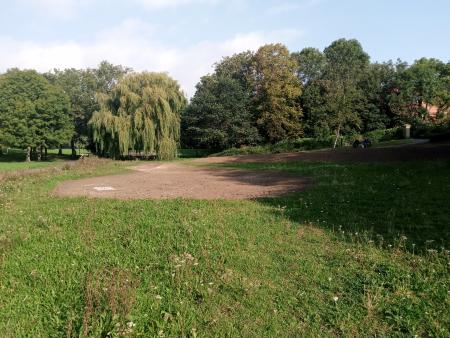 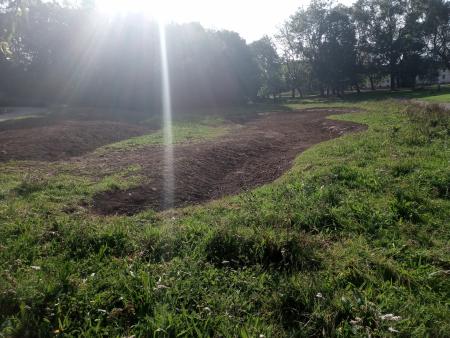 Phase 2 of the scheme is estimated to start in November 2020.  Newcastle City Council has worked closely with partners Urban Green (and National Lottery Heritage Fund through Urban Green) to minimise any disruption to the park.