The whole of Newcastle upon Tyne district is a smoke control area. This means that:

You may have to pay a penalty of £300 if we find that your chimney releases too much smoke (section 19A of the Clean Air Act 1993).

You can be fined up to £1,000 by a magistrates' court if you burn unauthorised fuel without an exempt appliance (section 19B of the Clean Air Act 1993).

Smoke control areas deal with smoke from buildings and not from burning in the open. See our pages on bonfires and smoke for further information on this.

Burning solid fuels can pollute the air and many cities used to suffer heavy smogs. In response to these problems Parliament passed the Clean Air Act 1956, which regulated the use of household solid fuels and introduced smoke control areas.  The 1956 was revised by the Clean Air Act 1968. The Acts markedly improved urban air quality in the UK.

Open fires are the least efficient mode of solid fuel combustion. Much of the heat from the fire is lost up the chimney and this method also be the most polluting as lower temperatures are involved. If you live in a smoke control area you are restricted in the fuels you are allowed to burn. You may not burn high sulphur coals or any form of wood in open fireplace.

Stoves and boilers burn solid fuels far more efficiently than open fires. Stoves can provide heat for a single room, while boilers can heat several radiators and an entire home. If you live in a smoke control area the following rules apply.

Never use your home fireplace, boiler or stove to burn waste. This is dangerous and against the law.

What you can burn in smoke control areas

If you have an open fire or non-exempt appliance in your home or other building, you are only allowed to use fuel on the list of authorised fuels published by the UK Governments, or one of the following 'smokeless' fuels:

Note that wood is not an approved fuel in any form (logs, chips and pellets).

You can use oil or other liquid fuels in specially designed or adapted fireplaces.

Unauthorised solid fuels, such as wood, can only be burned in a smoke control area in an appliance that the manufacturer has had tested and approved by the Government (in England by the Department of Environment, Food and Rural Affairs' (DEFRA)). The UK Governments publish a list of these exempt appliances.

You must only use the types of fuel that the manufacturer says can be used in their appliance.

Further guidance about the rules in a smoke control area is available from DEFRA. Also see the guidance on open fires and wood burning stoves.

The installation of an appliance must by law be done in compliance with the Building Regulations. This can only be achieved by either having the appliance installed by a certified solid fuel appliance engineer who must then register the installation with the City Council's Building Control service or by making formal application to the City Council's Building Control service stating a certified engineer is not to be used.

The appliance, flues and chimney must also be properly maintained.

You can use outdoor barbecues, chimineas, fireplaces and pizza ovens in smoke control areas.

However, appliances which release smoke through a chimney of a building, such as a summerhouse, can only burn authorised fuel or be listed as exempt by DEFRA.

Outdoor barbecues, chimneas, fireplaces and pizza ovens could still be considered a statutory nuisance if smoke from them impacts on the health or quality of life of neighbours.

Smoke Control Areas - do you know the rules? A practical guide 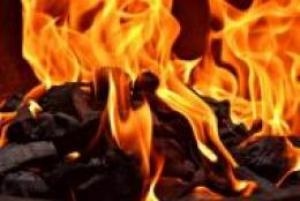