The Royal British Legion has announced a programme of activity to mark the 75th anniversary of VE Day on Friday 8th May for people to participate in from home. 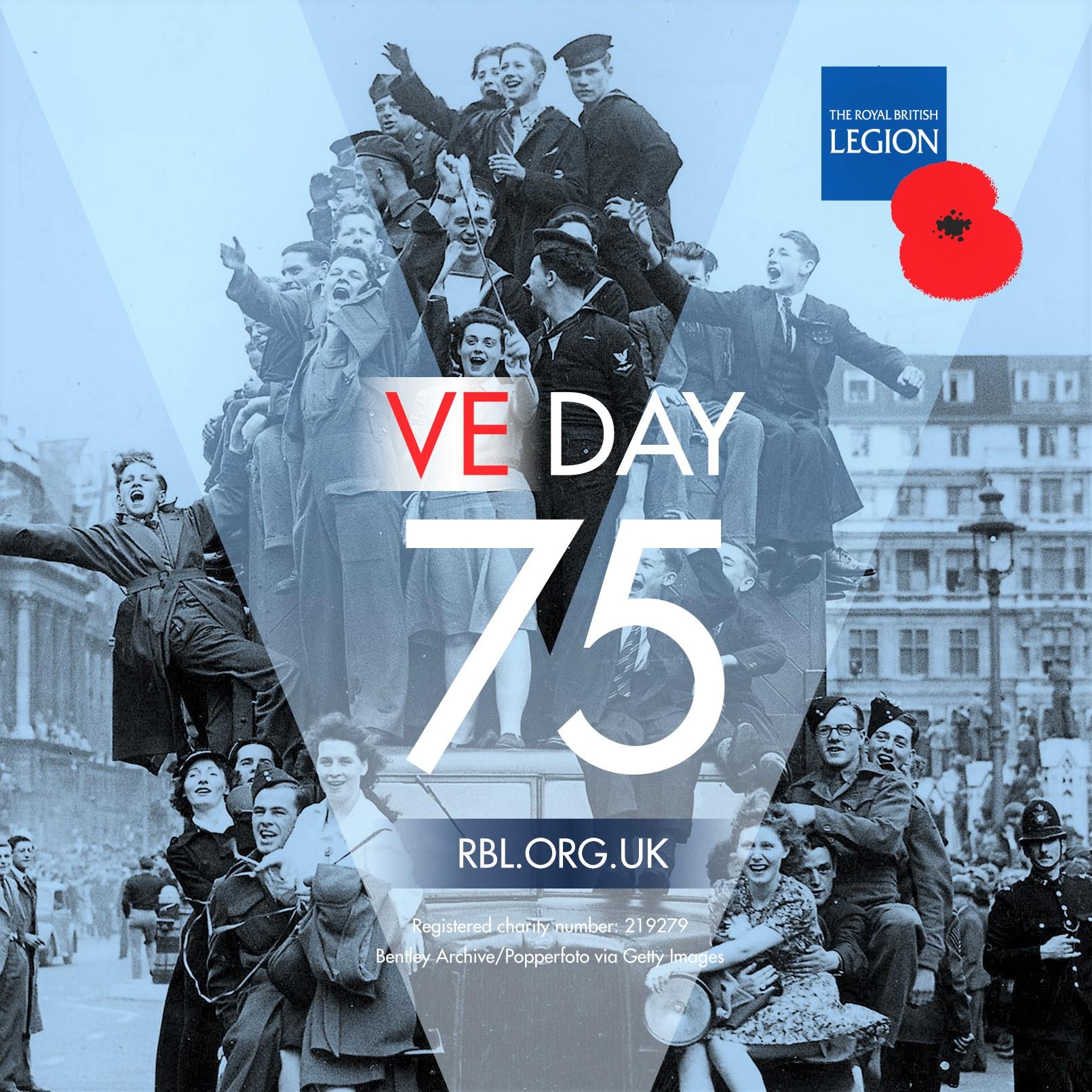 With members of the public no longer able to attend VE Day 75 events, the Legion is calling on the nation to get involved from home to pay tribute to the entire Second World War generation from British, Commonwealth and Allied Forces, to evacuees and those who served on the home front.

At 11 am the Legion is encouraging people across all generations and communities to take part in a national moment of Remembrance and pause for a Two Minute Silence to honour the service and sacrifice of the Second World War generation, and take the opportunity to reflect on the devastating impact Covid-19 has had on so many lives across the world. 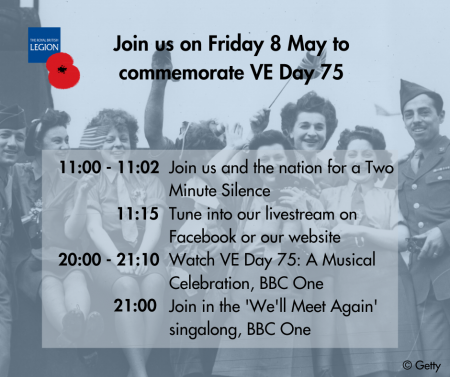 Following the Silence the Legion is hosting a VE Day 75 livestream, sharing stories and memories from those who served and sacrificed during the Second World War, and recognising the difficulties people are experiencing today. Hosted by TV presenter Sonali Shah, the programme will feature contributions from social historian Julie Summers and cook and influencer Melissa Helmsley. The programme will be live from 11:15 on the Legion’s website.

Later in the day the Legion has partnered with the BBC to honour and celebrate the Second World War generation with an evening of memories and music from 8pm on BBC One. Members of the public are invited to enjoy a moment of celebration and thanksgiving during the programme by taking part in a UK-wide rendition of Vera Lynn’s ‘We’ll Meet Again’ at 9pm. 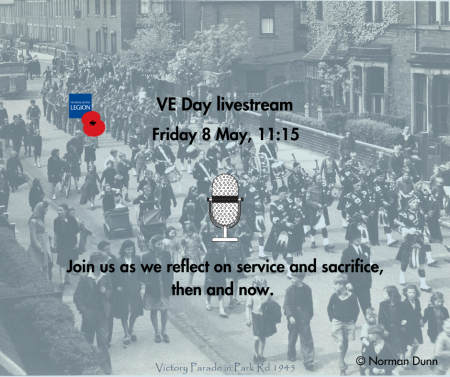 Alongside these events on 8th May, The Royal British Legion has developed a VE Day learning pack which is available online. Designed for 7-14 year olds the pack includes first-hand accounts from the Second World War generation, veteran interviews and range of activities to allow families to explore and commemorate VE Day together.

The Royal British Legion’s Assistant Director of Commemorative Events, Bob Gamble OBE, said: “As we face some of the most challenging times since the Second World War, now more than ever it is important to unite in recognition of people’s service to the nation, just as communities did 75 years ago.

“There is no right or wrong way to take part in the Silence at 11am, some people may wish to stand at their windows or step outside their front door, but we hope that individuals and families across the UK will embrace the opportunity to share in a national moment of reflection. Then later on we invite people to open their windows wide and join us to celebrate and give thanks as we singalong to Dame Vera Lynn’s wartime classic, ‘We’ll Meet Again’, which has added poignancy in the current circumstances.

“There are many parallels between the struggles of the Second World War and what we are going through today. As we mark 75 years since Victory in Europe, we look to our Second World War generation to learn from their experiences, and the Legion continues our critical work to protect them from the threat we currently face.”

Members of the public can access the activities at www.rbl.org.uk/veday75 and on social media using #VEDay75 and #VEDay75Live during the livestream.