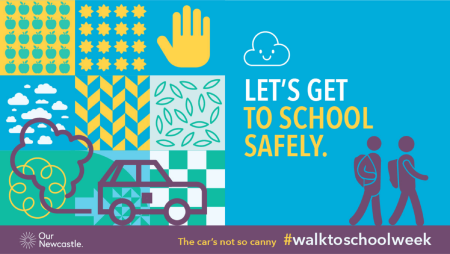 The schemes restrict access to traffic on some streets outside schools during the times of day when pupils are arriving and going home.

We’re working with Sustrans to implement schemes in areas across the city in consultation with schools and wider communities.

How does it work?

On school days, the streets outside school will be closed to traffic in the mornings when pupils arrive and on afternoons when they go home.

During those times traffic won’t be allowed to drive through those streets and parents and carers won’t be able to stop there to drop off or pick up their children.

Residents and some other drivers, including blue badge holders, will still have access to the street but other traffic will have to use alternative routes during these times of day.

Children, parents and carers will be encouraged to walk, scoot and cycle to school, or to park further away and walk the rest of the journey.

What are the benefits?

School Streets schemes means that the roads outside school are kept clear for children when they arrive at school and leave to go home.

This helps to keep pupils safe from traffic and reduces air pollution outside schools. This also benefits staff at the school as well as local residents.

It enables families to be more active, by doing more walking, cycling or scooting as part of their journey, which helps towards better health.

School Streets schemes are supported by the schools involved and local councillors and have proved popular and effective in other areas.

Which schools are involved?

Our first formal School Streets launched at Hotspur Primary School, in Heaton, on Monday 13 June 2022. The next School Street is Grange First, which launched on 15 July.

Information for residents living in the School Street Zone

Norham Road will be affected.

Public consultation on the Hotspur Primary School Streets runs from 13 June to 18 December 2022. Go here to have your say.

After that we will look at all of the feedback to determine whether any changes to the scheme are needed.

If you need to get in touch about the School Street scheme, you can email us at schoolstreets@newcastle.gov.uk