Newcastle is to play host to an unprecedented weekend of sport in the city with three major events taking place. 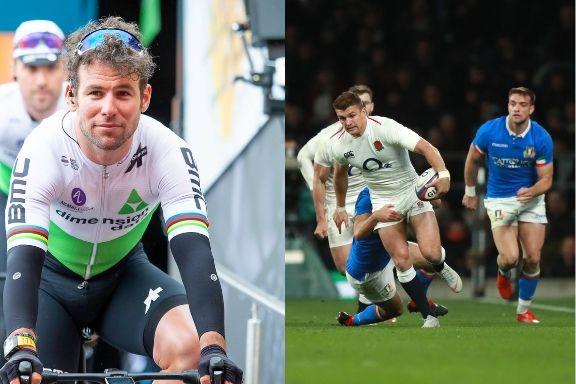 It kicks off on Friday evening as the England men’s rugby team contest a historic match with Italy at St James’ Park.

The showdown, expected to draw more than 50,000 spectators to the stadium, will be the first time England have played at St James’ Park and is the side’s last match before they jet off to Japan for the Rugby World Cup.

On Sunday, almost 60,000 runners will make their way from Newcastle to South Shields in the world’s biggest half marathon as the Great North Run returns.

Footballer Michael Carrick, singer Zoe Birkett and model Nell McAndrew are just some of the celebrity names confirmed while Sir Mo Farah and three-time Kenyan winner Mary Keitany will be among the favourites to win the men’s and women’s elite races.

A remarkable few days is capped off by the arrival of the country’s biggest cycling event, the Tour of Britain, coming to the North East on Monday September 9.

Stage 3 of this year’s race begins in Northumberland, makes its way down to North Tyneside and finally, Newcastle with a steep sprint up Dean Street and Grey Street finishing near the Theatre Royal.

Some of the biggest names in world cycling will compete in one of the fastest stages of this year’s tour.

Cllr Nick Forbes, leader of Newcastle City Council, said: “This is true testament to the ability of this fantastic city to host memorable occasions and I can’t wait to see Newcastle come alive with people from so many different walks of life.

“Newcastle will be a sports fan’s paradise this weekend bringing so many opportunities for the whole family to get involved.

“Soak up the atmosphere ahead of the England match on Friday at the fan zones and cheers on the hordes of runners and elite cyclists in the Great North Run and Tour of Britain.

“This will be a remarkable weekend with the eyes of the world on our great city.”

To find out about the rugby fan zones on Friday night, click here

Full details of the Tour of Britain stage on Monday can be found at https://www.northoftyne-tob.co.uk/