A mattress burning man whose illegal bonfire’s acrid black smoke could be seen for miles has been given a suspended jail term. 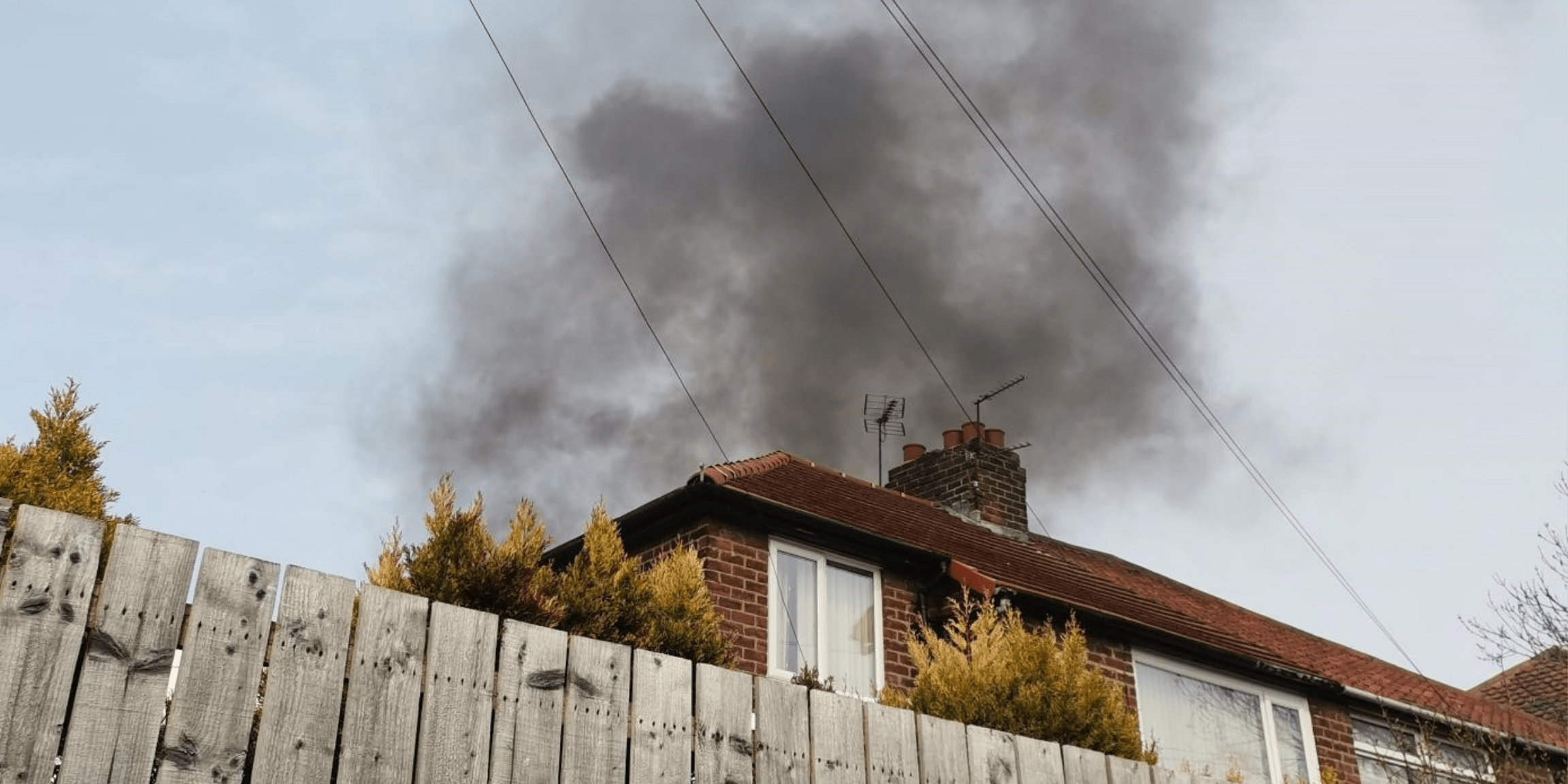 Michael McLanaghan, 44, of Swinley Gardens in Newcastle, pleaded guilty to disposing of controlled waste in a manner likely to cause pollution or harm human health after being caught by an off-duty enforcement officer, who was out for a walk.

Roy Harris, Newcastle City Council’s environmental protection manager, said: “As a council we very much want everyone to be a good neighbour and to that end discourage the burning of any waste.

“In most cases, it is not only illegal but it can be exceptionally dangerous, with toxic gasses like hydrogen cyanide and other poisonous pollutants released.

“To do so in the middle of a residential area, close to a school, knowing how damaging it could be to others in the community, is quite frankly shocking, and I am glad that the courts have taken such a dim view of this crime.”

Magistrates heard that at around 3.35pm on Tuesday April 20 2021, a Newcastle City Council environmental protection officer was off-duty, walking through Denton, when he saw a plume of dark smoke rising to the east, over the other side of the A1.

Heading in the direction of Benwell and Scotswood, through residential areas, towards Scotswood Community Garden and Excelsior Academy, he arrived on Swinley Gardens, where he could see black fumes rising from behind one of the houses.

Generally it is known that the darker the smoke, the more polluting it tends to be.

Within seconds of the officer being there, McLanaghan came from the side of the property, speaking loudly on a mobile phone, and the officer could see down the pathway to the back garden, where a large fire, with flames as high as the semi-detached home’s first floor windows, was filling the air with the smell of smoke and burning synthetic materials.

Not feeling safe in approaching either McLanaghan or the fire – which would have needed protective equipment to go any nearer to – the officer withdrew and called police, who dispatched a crew from Tyne and Wear Fire and Rescue Service to extinguish the blaze.

Interviewed under caution by council enforcement officers the following Monday McLanaghan admitted burning four or five mattresses, said that the smoke was black and it smelt, agreed there was no control over the emissions and that the smoke had drifted over other houses.

When asked if he understood the hazards of dark smoke, he said that it “obviously causes health hazards” and when told he would be reported for the offence he replied, “That’s fine.”

McLanaghan consented to an inspection of his back garden, the fences of which were badly damaged by fire, and officers found a large pile of burnt mattress springs, some with plastic residue, bits of charred metal and wood and, at the far end of the garden, a stack of seven further, unburnt, mattresses.

McLanaghan pleaded guilty at Newcastle Magistrates’ Court on July 27 but taking into account the potential harm caused by burning mattresses, the proximity of a school, and a previous conviction for a similar offence in 2017, magistrates felt their powers were insufficient and sent the case to the crown court for sentencing.

On August 24 McLanaghan appeared before Newcastle Crown court where Recorder Margia Mostafa sentenced him to three months in prison, suspended for twelve months, and ordered him to carry out 100 hours of unpaid work.

How to dispose of waste properly

In most cases burning waste is illegal - It is a criminal offence to burn household rubbish which will cause pollution or possible harm to health, any waste from commercial activity, any waste from building or demolition works, or any waste that will cause dark or black smoke.

Plus, there are more appropriate ways to dispose of rubbish.

If Newcastle residents do need to get rid of rubbish then the city council’s recycling centres at Brunswick, Byker and Walbottle are open as normal, bin collections are continuing as scheduled, you can sign up for garden waste collections, or the local authority can offer advice and discounted equipment to help you compost at home.