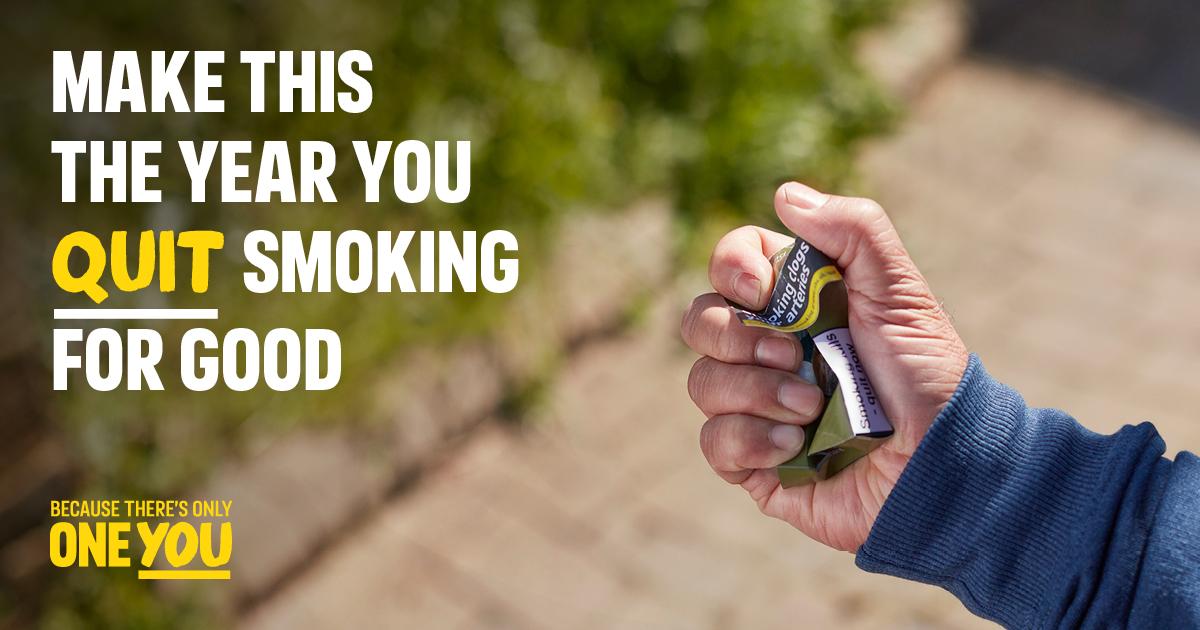 MORE than 113,000 people in the North East have been killed by tobacco companies since the Millennium. The stark new figures are released in time for a major new Parliamentary report calling for bold national action to tackle smoking.

On Wednesday 9th June the All Party Parliamentary Group (APPG) on Smoking and Health, as well as a North East doctor and an ex-cancer patient from South Shields will be calling on the Government to include a set of tough new measures in its forthcoming Tobacco Control Plan.

The APPG believes these measures are essential if the ambition for England to be smokefree by 2030 is to be achieved. The recommendations are part of a report being launched at a round table attended by the Public Health Minister, Jo Churchill MP.

In addition new figures from YouGov also reveal that 78% of people in the North East back the Government’s ambition to make smoking history by 2030.The day after the launch, the report’s recommendations will be the subject of a backbench debate led by Mary Foy MP (Durham City) in parliament at 1.30pm on Thursday 10 June in Westminster Hall.

The report comes after the Chief Medical Officer Professor Chris Whitty, recently warned that more people are likely to die from smoking this year than Covid-19 - deaths which the CMO says occurred because “a small number of companies make profits from the people that have become addicted in young ages and then keep addicted to something which they know will kill them.”

The APPG warns Government that until it delivers a smokefree future for all, the levelling up of poorer regions including the North East cannot be achieved.

What does the report call for?

The APPG report is backed by Fresh and other partners across the North East who are united in efforts to make smoking history for more families and to build on the success from the last two decades of focussed work to reduce smoking rates and the resultant burden of harm.

It comes as shocking new figures using Public Health England data estimate that around 113,400 people have died from avoidable smoking related illness since 2000. This is enough to fill 172 Boeing jumbo jets and more than the combined capacity of both Newcastle United and Sunderland A.F.C. stadiums (101,305).

Ailsa Rutter OBE, Director of Fresh and Balance said: “Twenty years ago, I lost my own father at the age of 61 to an entirely preventable smoking related illness. Like so many millions he had got hooked onto smoking when he was still a child and never imagined how devastating this would ultimately be. Every day I remember him, and it spurs me on to keep pushing for action that can prevent this happening to other families across the region.

“The last year has put into sharp focus the importance of health, and the report from the APPG on Smoking provides good evidence for what the government must do to ‘make smoking obsolete’ as they said was their ambition back in July 2019. We know here in the North East we have high levels of public support for important measures like making tobacco manufacturers pay a levy to Government for measures to help smokers quit and prevent young people from taking up smoking, and raising the age of sale to 21.”

Dr Ruth Sharrock, Respiratory Consultant and Clinical Lead for Tobacco Dependency with the North East and North Cumbria Integrated Care System, and speaking at the parliamentary launch event on 9th June said:  “Unfortunately the mainstay of my job as a Respiratory Consultant is seeing the widespread, devastating effects caused by smoking.

“Whether it is hospital in-patients with COPD and emphysema requiring oxygen, nebulisers or ventilator support or outpatients having to be told they have a lung cancer – the effects are utterly devastating to patients and their families. It feels like a futile firefight until we are focusing on a much more heavy handed strategy to stem the problem where it starts – people becoming dependent on tobacco in the first place.

“No one wants their children to suffer from cancer or wake up gasping for breath. Sadly, that’s the reality for many smokers, we know their family are also more likely to smoke. That’s why we need the harm to stop now, to create a smokefree future for the next generation.

“I wholeheartedly welcome all the recommendations in the APPG report in particular making the tobacco industry pay to end the terrible harm they cause. This will hugely reduce the current and future burden on the NHS, reduce health inequalities and save many lives.”

Ex-smoker Sue Mountain, from South Tyneside, is also speaking at the parliamentary event on 9th June. She underwent laser treatment in 2012 after a biopsy revealed she had laryngeal cancer. The cancer returned in 2017 which required radiotherapy every day for four weeks.

Sue said: “I fully support the APPG report and urge the Government to accept its recommendations – we have a real opportunity to end the harm caused by tobacco once and for all.

“As a former smoker and cancer survivor, I have personal experience of the heartbreak that smoking can cause. I started smoking when I was a kid, before I realised how addictive it was. I don’t want my grandchildren to go through what I went through; I want them to grow up in a world where smoking is a thing of the past.

“I’m one of the lucky ones, fortunately I have been given the all-clear from cancer. Smoking makes life a misery for many thousands of people who suffer from debilitating diseases before it kills them. It’s shocking that tobacco companies are making massive profits from an addiction that robs people of their lives and their health. I believe they need to pay for the damage they do.”

Mary Foy MP (Durham City), vice chair of the APPG on Smoking and Health who is leading the back bench debate on tobacco on 10th June jointly with the Chairman Bob Blackman MP, said: “I’m an MP from the North East, the poorest region in the country where smoking rates have historically been high. That’s why, although we’ve made good progress in recent years, we still suffer disproportionately from disease, disability and death caused by smoking. The APPG report recommendations will sever the ‘iron chain’ linking smoking and disadvantage. They are essential if we are to build back fairer and level up communities like my own.”

Professor Eugene Milne, Director of Public Health, Newcastle City Council and lead for tobacco issues with the Association of Directors of Public Health North East forum said: “To reduce health inequalities across our communities, we need to do even more on tobacco. We have made good progress in the last two decades here in the region but the reality is that half the difference in life expectancy between the richest and poorest in society is due to smoking and for every smoker who dies another thirty are suffering serious-smoking related diseases.

The coronavirus pandemic has thrown a spotlight on the devastating impact of inequalities and achieving the Government’s Smokefree 2030 ambition is an essential step towards reducing inequalities and increasing healthy life years. I back the All Party Group recommendations and look forward to seeing a comprehensive fully funded new Tobacco Control Plan for England as soon as possible.”

John McClurey, Newcastle based newsagent, said: “I lost my dad to lung cancer when he was 66, so I know firsthand the pain smoking causes and the impact it has had on my family.

“As a retailer, I find it hard selling cigarettes to customers. I often say to people that I’d much rather sell birthday cards to celebrate years of life lived, than sympathy cards for people who have died prematurely of smoking-related causes.

“It is scandalous that tobacco companies make huge profits from an addiction which kills one in two smokers, causes serious illnesses, and drives people into poverty. I firmly support the APPG report findings and back the strong action needed to end smoking by 2030 and the countless lives it will save.”

Bob Blackman MP, Chairman of the APPG, said: “Our report sets out measures which will put us on track to achieve the government’s ambition to end smoking by 2030, but they can’t be delivered without funding. Tobacco manufacturers make extreme profits selling highly addictive, lethal products, while government coffers are bare because of COVID-19. The manufacturers have the money, they should be made to pay to make smoking obsolete.”

What the public thinks:

There is widespread North East public support for government action to reduce smoking further with low levels of opposition: [vii]

Nationally, these measures are supported by voters for all parties. More than three quarters of those surveyed who voted Conservative (76%), Labour (82%) or Liberal Democrat (87%) in the 2019 election support the idea of a levy on tobacco manufacturers.