Bird owners within an exclusion zone set up following an outbreak of Avian Flu in Newcastle are being asked to register their animals. 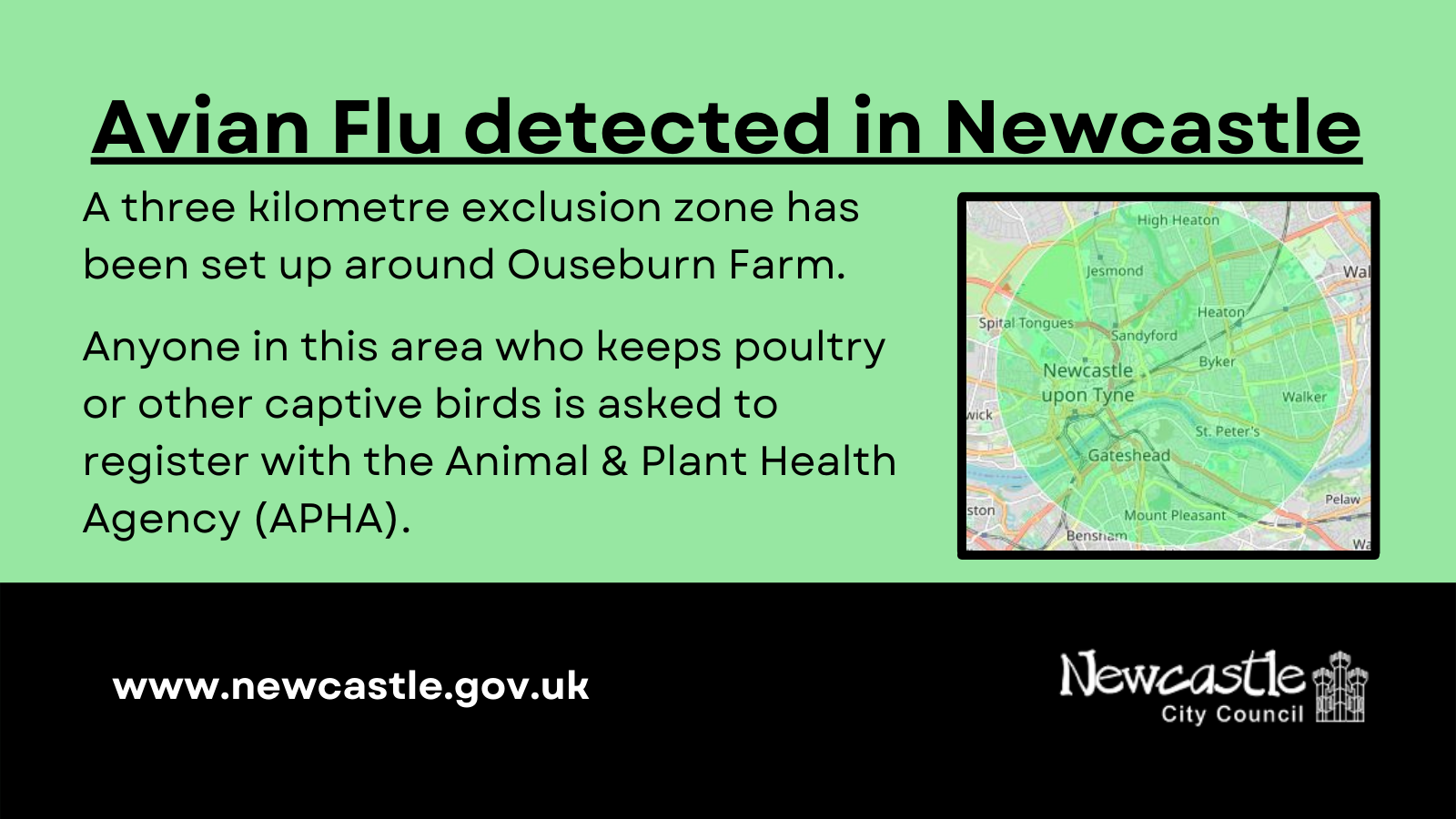 Avian Flu was found in dead and diseased birds near Byker earlier this week, and a three-kilometre exclusion zone was implemented for farms, allotments and smallholdings. Within the exclusion zone, restrictions on the keeping and movement of poultry and caged birds been put in place to prevent the spread of the disease.

Residents within this exclusion zone who have poultry or captive birds on their land to register these details with the Animal and Plant Health Agency (APHA).

Christine Herriot, Director of Operations and Regulatory Services at Newcastle City Council, said: “Since it was confirmed that Avian Flu was present at Ouseburn Farm, we’ve moved closely, working with the APHA, to implement measures to control the outbreak and prevent further spread of the disease.

“As part of this, it’s important we identify anyone within three kilometres of Ouseburn Farm keeping poultry or other birds, so we can identify the risks and help prevent other animals catching this disease.”

Registrations can be made on the Government website here, and anyone experiencing difficulty in making their registration can contact tradingstandards@newcastle.gov.uk for advice and support.

With the current outbreak, all bird owners are being asked to register with the APHA to ensure the safety of their flocks.

Suspected cases of Avian Flu in poultry or captive birds must be reported immediately by calling the Defra Rural Services Helpline on 03000 200 301.  If dead wild waterfowl (swans, geese or ducks) or other dead wild birds, such as gulls or birds of prey are found, they should be reported to the Defra helpline (03459 33 55 77).

UK Health Security Agency has confirmed that the risk to public health is very low and the Food Standards Agency has said that bird flu poses a very low food safety risk for UK consumers.