Avian Flu has been confirmed to present in a number of birds found dead at a Newcastle petting farm. 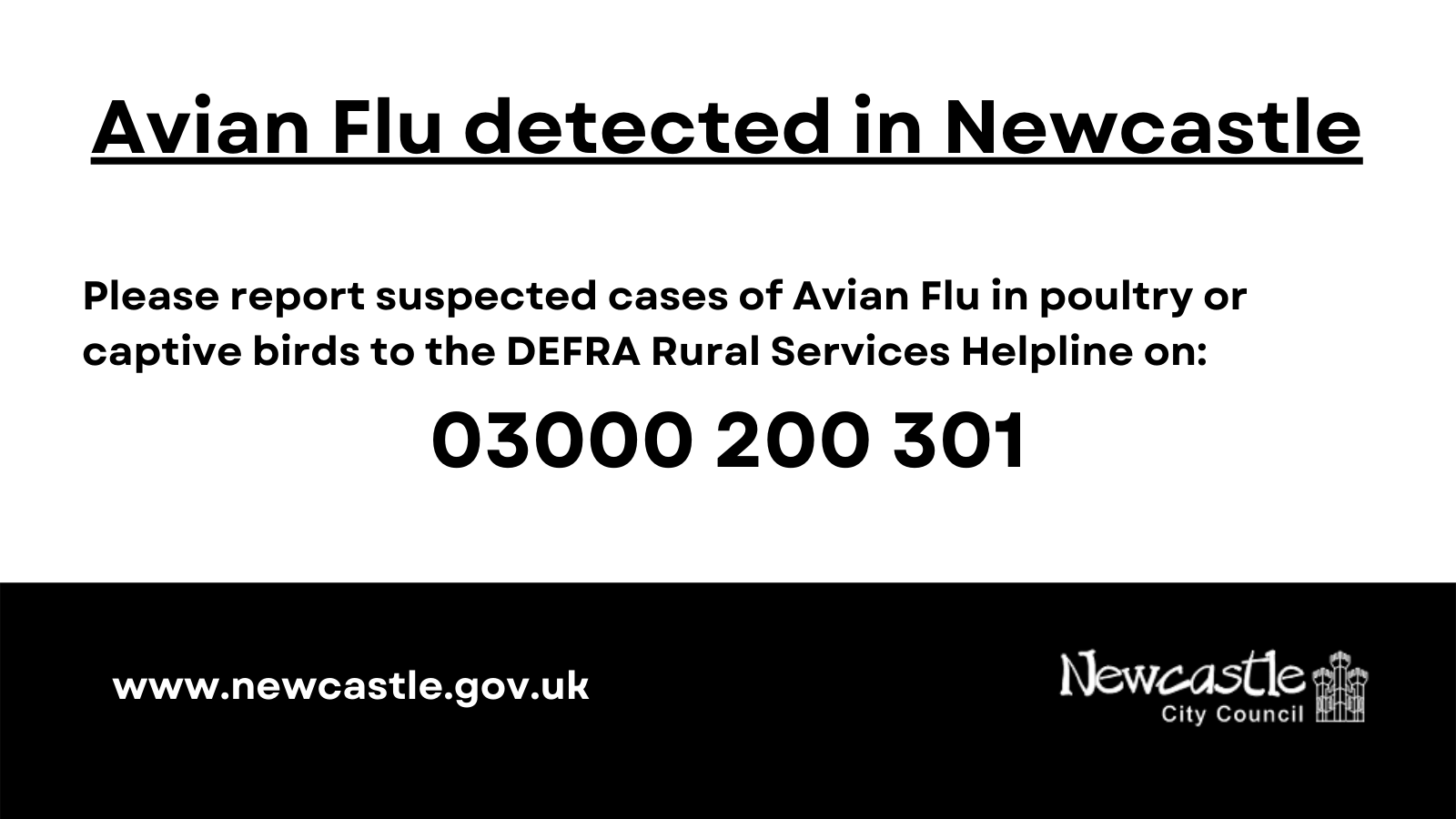 The Animal and Plant Health Agency (APHA), within the Department of for Environment, Food, and Rural Affairs (DEFRA), has carried out tests to determine the presence of Avian Flu in a small number of dead and diseased birds at Ouseburn Farm.

As a result, APHA will now implement a three-kilometre exclusion zone for farms, allotments and smallholdings, and public urban farms will be closed as a precautionary measure.

Within the exclusion zone, restrictions on the keeping and movement of poultry and associated materials are put in place to prevent the spread of the disease.

The APHA will also be responsible for the culling of any other birds found to be infected.

Christine Herriot, Newcastle City Council Director of Operations and Regulatory Services, said: “The first thing to stress is that the presence of Avian Flu poses an extremely small risk to humans, but of course these measures have to be implemented to prevent a wider outbreak.

“We are working closely with APHA to manage the situation, using the standard required response where Avian Flu is detected.

“We would ask members of the public to remain vigilant and report dead wild birds, such as swans, ducks, geese, and seagulls, to the Government’s helplines, keep your distance and avoid touching dead animals if you do find them.

“Our officers will work closely with APHA to control this outbreak and liaise with residents and businesses in the area.”

Suspected cases of Avian Flu in poultry or captive birds must be reported immediately by calling the Defra Rural Services Helpline on 03000 200 301.  If dead wild waterfowl (swans, geese or ducks) or other dead wild birds, such as gulls or birds of prey are found, they should be reported to the Defra helpline (03459 33 55 77). Any dead or visibly sick birds that are found should not be touched or picked up.

Residents or businesses who keep poultry and other types of birds can take a number of measures to reduce the risk of Avian Flu spreading.

Avian influenza, often known as bird flu, is commonly carried by wild birds migrating to the UK during the winter months. Bird flu, or avian flu, is an infectious type of influenza that spreads among birds. In rare cases, it can affect humans.

An Avian Influenza Prevention Zone (AIPZ) is already in force across the UK requiring poultry and captive birds to be kept indoors and separate from wild birds.

More information can be found on the Government’s website at https://www.gov.uk/guidance/avian-influenza-bird-flu.