Newcastle City Council proudly presented local children with awards for their amazing achievements in the past year at a ceremony held this week. 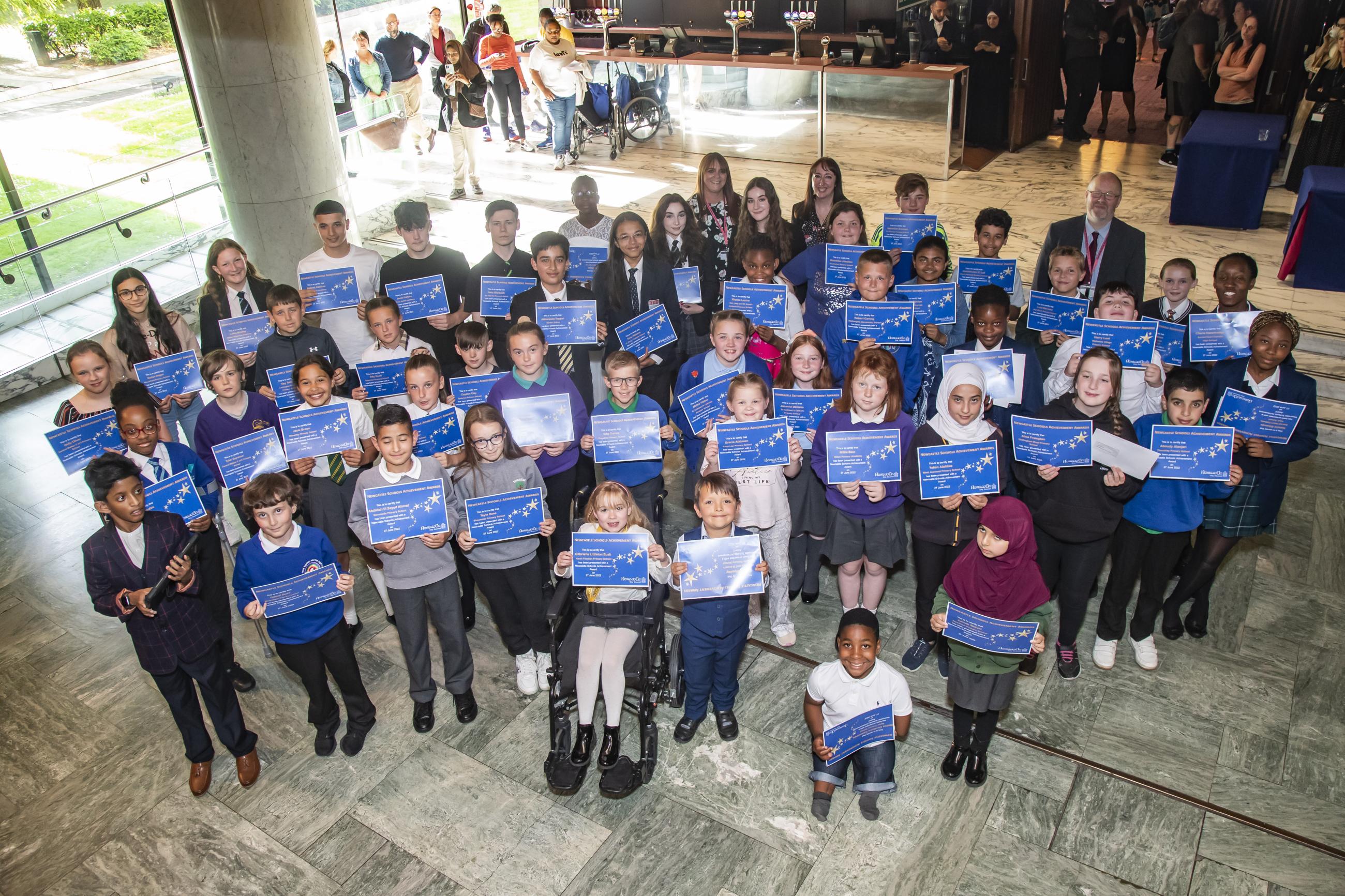 Awards winners included Gracie Atkinson, aged 7, from Knoplaw Primary. Gracie was involved in an accident in 2021 which resulted in her spending a long time in hospital undergoing a number of operations.

Ms Liz Simpson, Head Teacher of Knoplaw Primary said “Gracie has an unbelievably positive attitude and has worked tirelessly to overcome her injuries. She is now back at school where she is loving learning and playing with her friends. She is an amazing little girl who has let nothing stand in her way. She is a true credit to our school and an inspiration to others. Brilliant work and a truly green mindset.”

Other winners included Sarah Ehigie aged 11, who was recognised for her hard-work and resilience. John Newton, Head Teacher from Byker Primary school said: “Sarah is renowned for her conscientious attitude and has shown this through her dedication to learning a third language – Korean! She deserves this gratitude and recognition for her efforts this year. I have no doubt that Sarah will go on to have a successful future.”

Cllr Sylvia Copley, Cabinet Member for Growing City, Newcastle City Council said: “This is a fantastic event that really celebrates the successes of our local children. Many of them have overcome difficult personal challenges in the last year but they have not let this stand in their way, they have shown great resilience and positivity to grow both academically and personally. Well done to all of the winners.”

Nominations were supplied by teachers from 29 schools in recognition of 56 pupils who they felt had gone above and beyond in the last year. The ceremony took place at the Civic Centre on Monday 27 June was funded by the Schools Forum where winners were presented their awards, along with a £20 One4all gift card.