A French delegation was in the North East on Wednesday (April 10) to celebrate closer ties between Nancy and Newcastle. 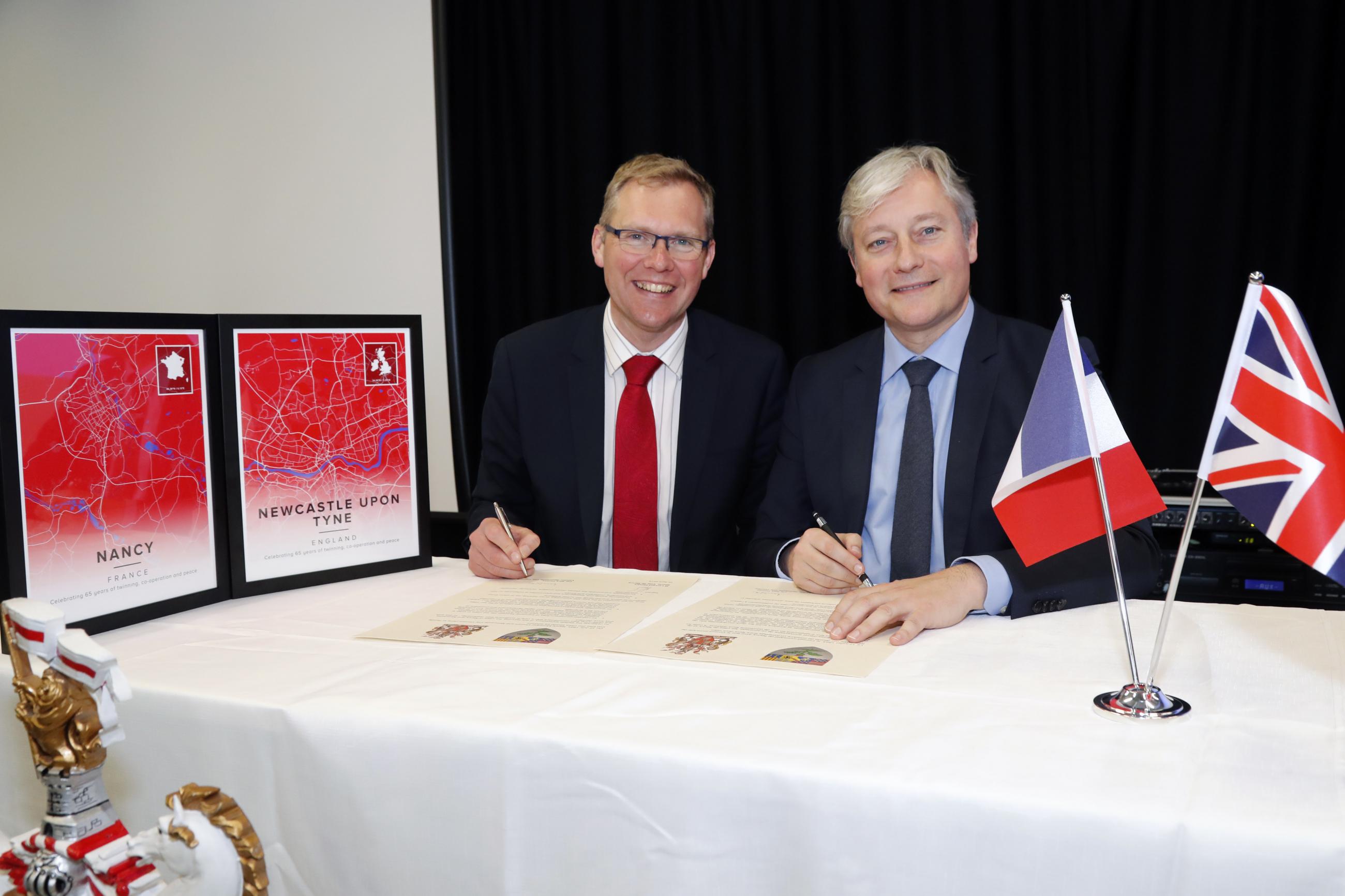 The mayor of Nancy, Laurent Henart, took part in a ceremony reaffirming the twinning agreement that has existed between the French town and Newcastle for 65 years.

Five years ago, the two cities agreed to closer union through a range of things from culture to digital development and exchanges between citizens and universities to nurture peace and prosperity.

In addition, the cities have now agreed to:

Council chief executive Pat Ritchie conducted a ceremony to mark the signing of the revamped agreement at The Core, Helix, Newcastle.