Newcastle is celebrating after hosting a massively successful finals weekend for the biggest tournament in European Rugby. 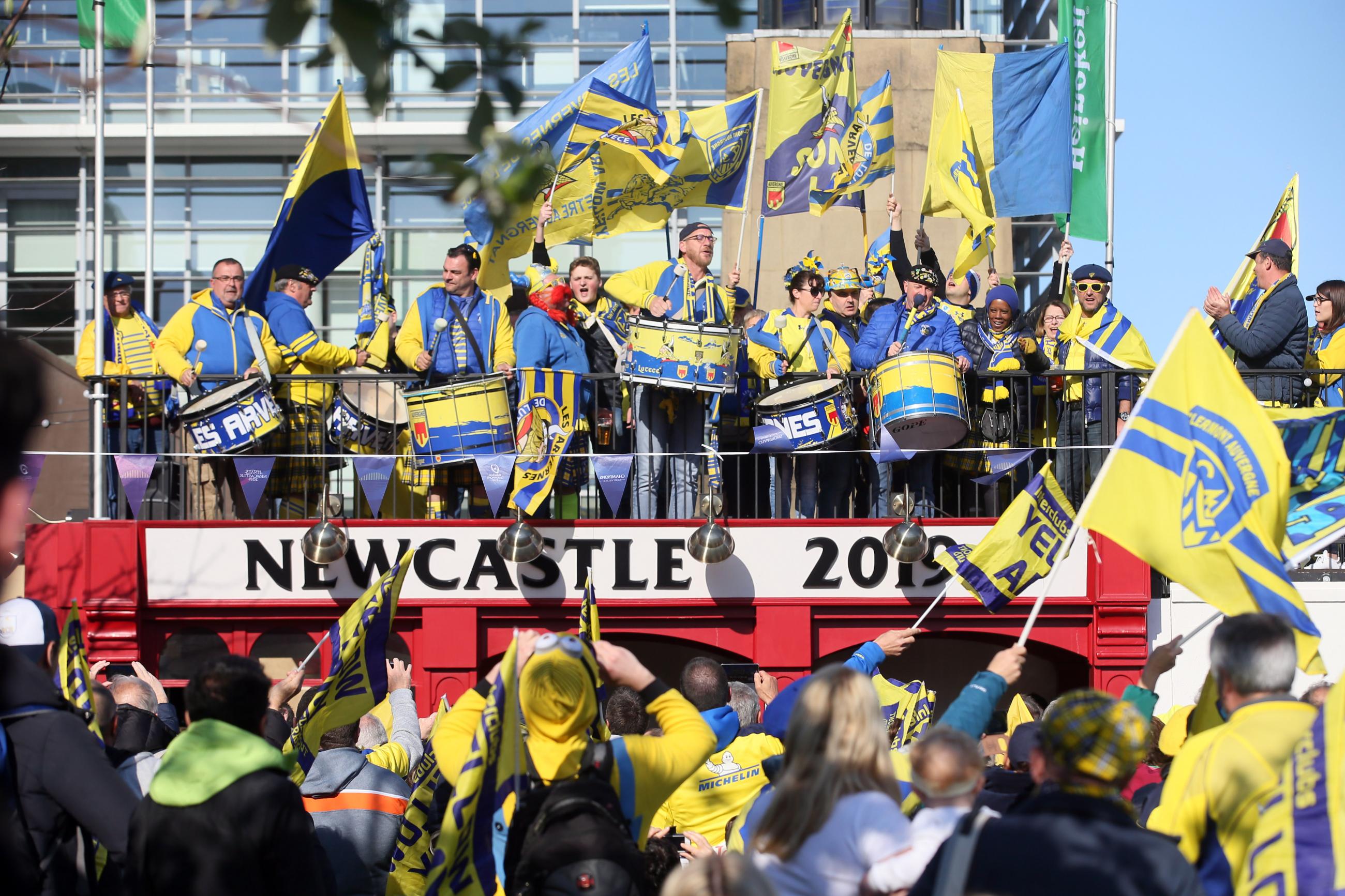 Fans enjoy the atmosphere at the Quayside Champions Rugby Village

Fans from across the world flocked to Newcastle for the European Challenge and Heineken Champions Cup finals which took place on Friday 10th and Saturday 11th May at St James’ Park.

The huge event was delivered by a host of partners, including the European Professional Club Rugby (ECPR) who selected Newcastle to host the prestigious event.

A partnership between Newcastle City Council, NewcastleGateshead Initiative, Newcastle Falcons and Newcastle United FC came together to deliver the event, along with other partners such as Northumbria Police and NE1.

To help create a carnival atmosphere a Champions Fan Village was created on the Quayside along with a food, drink and craft market running along Blackett Street and Spectator Plaza outside the stadium.

The two matches played out in front of packed crowds in St James’ Park with a UK record 28.438 watching Clermont Auvergne triumph over La Rochelle during Friday’s Challenge Cup final.

Over 51k people packed St James’ Park to see heavyweight teams Saracens and Leinster battle over the Heineken Champions Cup, the most prestigious accolade in club rugby. Saracens, a team featuring a core of England stars including captain Owen Farrell, won the intense battle 20 – 10, coming back from the 10-point deficit in the second half scoring a try in front of a passionate Gallowgate End crowd.

Cllr Kim McGuinness, cabinet member for culture, sport and public health said: “The rugby weekend has been a phenomenal success as we showcased our great city to an international audience, boosting the local economy by £35m.

“With over 100,000 rugby fans and visitors soaking up the atmosphere, we were passionate about ensuring everyone had the most amazing and memorable experience of Newcastle.

“It took over two years planning but this has been the biggest rugby event that the city has seen with over 60,000 people enjoying our Champions Rugby Village on the quayside and the incredible carnival atmosphere across the city. It was also the fastest-selling tournament further bolstering the city’s reputation as a world-class sporting destination.

“We would like to thank all our partners involved and the teams on the ground, especially the wonderful volunteers, for delivering this major tournament and putting Newcastle on a global stage.”

The positive feeling was felt by organisations from across the city, including Northumbria Police. Chief Inspector David Pickett has praised all the visitors to the city;

“This was a fantastic event and there has been a real buzz across Newcastle this weekend as tens of thousands of fans descended upon the city.

“We are really proud to be able to play our part in hosting two of the biggest matches in the rugby season and it was an opportunity to showcase what Newcastle is all about.

“These weekends normally involve a lot of passionate fans and gallons worth of beer, but we didn’t see any trouble on either Friday or Saturday.

“From the fan zones, to the matches themselves, it has been a pleasure to be involved in and I want to thank the clubs, our partners and the supporters themselves for making it a weekend to remember.”

Stephen Patterson, Director of Communications from NE1 commented on the positive feeling amongst the city centre’s businesses;

“The sun shone and the city did not disappoint.

With over 100,000 fans descending on Newcastle for the Heineken and Challenge Cup, it was important the city put on a fan experience second to none. It has been a long time in planning and it is amazing to see it all come together and delivered so well, with the visiting fans enjoying their time in the city and creating a carnival atmosphere along the way.

The economic impact of the event on the city has been significant with many businesses reporting record breaking results. The biggest winners being the hotels, bars and restaurants. It has been a stunning event and shows what the city can do.

With the England Vs Italy Quilter International in September and hosting the opening match of the of the Rugby League World Cup in 2021, this is not a city to rest on its laurels.”