Newcastle alive with the Christmas markets

Newcastle is welcoming bumper crowds of visitors thanks to its range of Christmas-focussed activities including the expanded market. 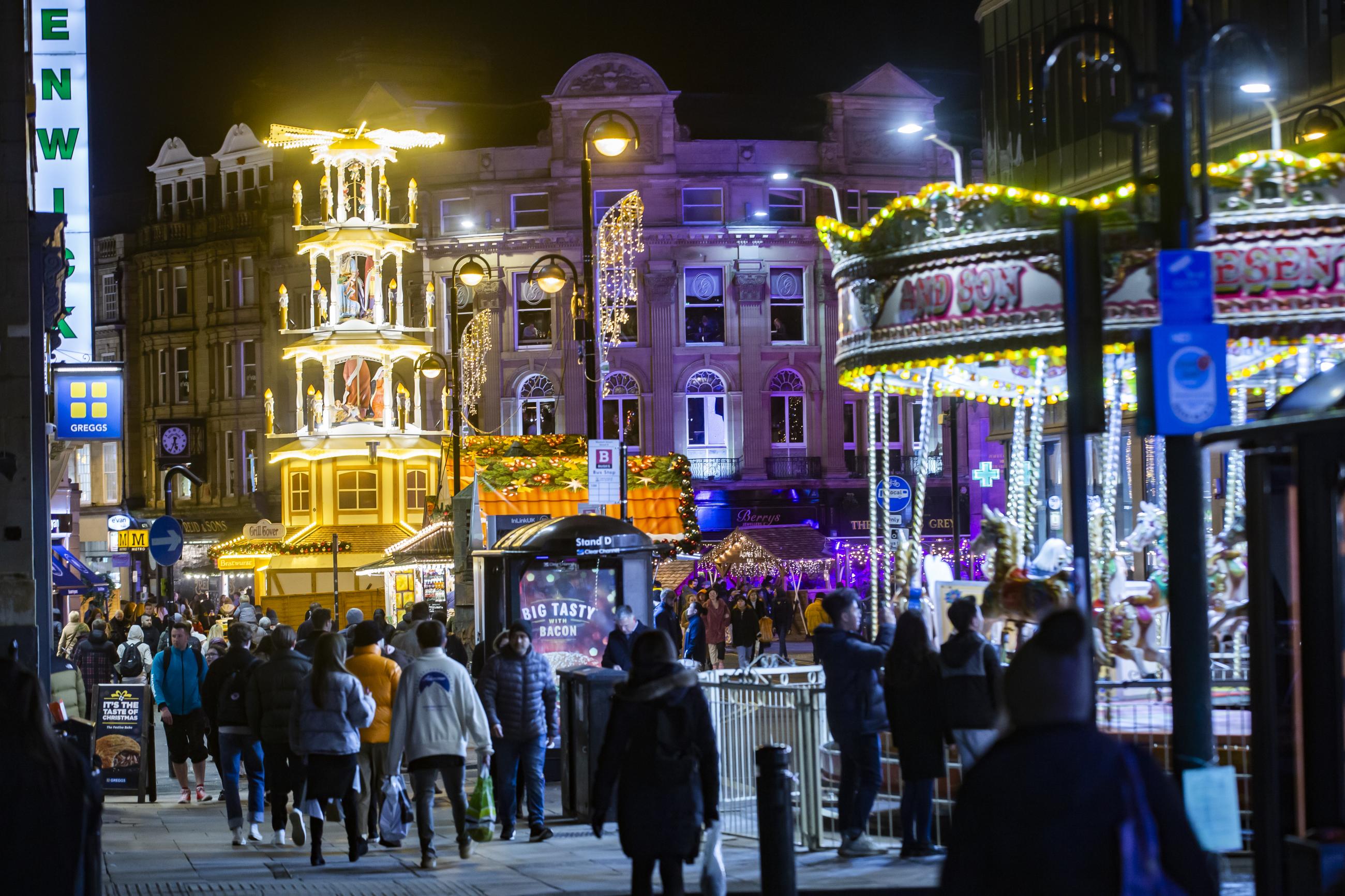 Working alongside NE1, the city’s Business Improvement District, the ambition is for Newcastle to be the North of England’s leading retail district and a significant European destination, which includes creating a Christmas experience to rival those well-established in other cities such as York, Edinburgh and Manchester.

More visitors has led to a big increase in traffic and shoppers are being urged to plan their journey where possible via public transport or if they do decide to travel by car to consider less popular car parks in and around the city centre to help avoid congestion.

Michelle Percy, Director of Place, Newcastle City Council said “We are absolutely delighted at how well the Christmas markets have been received. Our vision was to introduce a much improved and better-quality market into the city centre, something that will encourage more people to visit, both those from the city and from further afield.

“So, it is fantastic to see the city centre so alive. One local retailer commented that he hadn’t seen it so busy since the 1980s.

“This is just the first-year of a longer-term plan. Our aim is to build on what we have this year by listening to what shoppers and local retailers are telling us, so we can make it even better going forward”.

A council spokesperson added: “Christmas is a hugely important time for Newcastle. With the increased visitors the markets are bringing and a full festive programme including the ice-rink at the Life Science Centre, the Grainger Market and the Fenwick window, the city will certainly establish itself as a major festive destination.

“It is inevitable that the city’s roads will be busier, especially as Christmas gets closer.

“Last weekend (Nov 23/24) roads around the most popular city centre car parks were particularly busy due to a number of factors including the poor weather, emergency gasworks on Stowell Street and a line closure on the Metro, which meant more people chose to drive.

“We are also reviewing the time phasing of the traffic signals on Durant Road, between the Central Motorway and John Dobson Street, with the aim of improving the traffic flow in this area, and we will have staff on standby this weekend to take manual control of the traffic lights if necessary.

“We also urge drivers not to park inconsiderately or to block exits as these too were contributing factors to the congestion.”

To help make journeys into and out of the city centre quicker and without the hassle of having to find a parking space, the council is encouraging everyone to use public transport where possible. The Nexus website provides details of the various public transport and journey planning options - www.nexus.org.uk.

There are also other less known or popular car parks in the city centre which may be a good option if you do want to use your car. Choosing to park on the edge of the city centre and walking an extra five or ten minutes could save time in the long run.

You can find a map of all the city centre car parks and see which one would be most convenient for you, depending on where you are travelling in from, at www.newcastle.gov.uk/carparks

These small changes will also help to tackle pollution and make our city a much cleaner, healthier place to be.

“We are absolutely delighted at how well the Christmas markets have been received. Our vision was to introduce a much improved and better-quality market into the city centre, something that will encourage more people to visit, both those from the city and from further afield.

“So, it is fantastic to see the city centre so alive. One local retailer commented that he hadn’t seen it so busy since the 1980s.