The evening was hosted by Metro Radio's Steve and Karen.

It was the biggest switch on event in the city's history with crowd sizes doubling in comparison to previous years.

Metro Radio's Steve and Karen launched the evening, with festive music from upcoming bands Khalysis and Moodbay and a special panto performance from the cast of Tyne Theatre's Aladdin filling the evening with family fun. 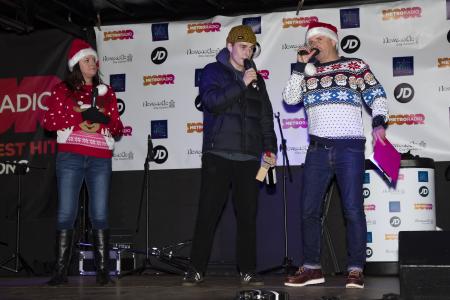 Members of the public also had their chance to get up on stage and compete in fun Christmas themed games including Turkey Gobbling impressions and dad dancing.

Over 6, 000 people gathered in Blackett Street with an extra 4, 000 watching the entertainment live on screens from Grey Street and Grainger Street.

Michelle Percy, Director of Place at Newcastle City Council said: “This is the launch of an extremely exciting festive period in Newcastle with an improved Christmas offer in place across the city.

"Last night’s switch on was the biggest in the city's history with over 10,000 people heading into the city centre to see Sam Fender return home to switch on the Christmas lights.

“The new location of Blackett Street proved to be a big success, with crowds also watching the entertainment from additional screens on Grey Street and Grainger Street.” 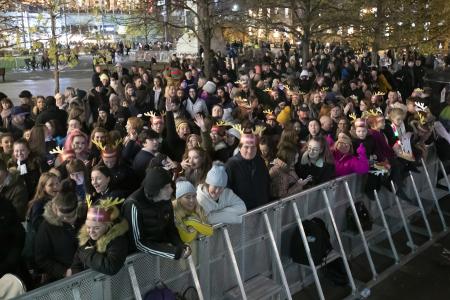 The Grainger Market also opened late with carol singers and a photo opportunity with Big Ted the Christmas Bear.

Newcastle's Christmas has its own website, visit here to see what's happening in Newcastle this festive season.

Next Article: Laser Lights to fill the night skies of Newcastle as City waves goodbye to 2020