Bus lane enforcement on two key city centre routes is due to start in the coming weeks. 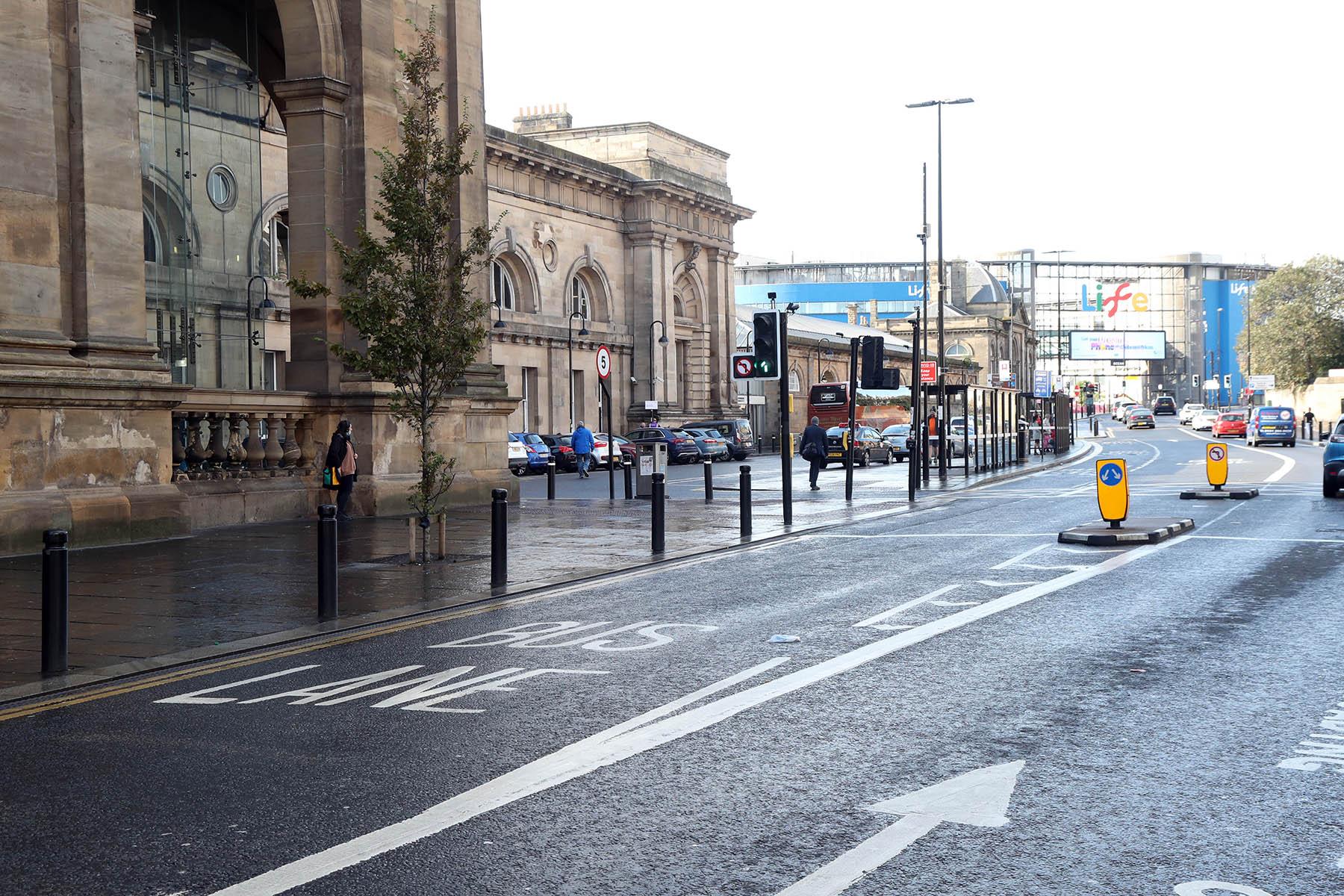 Drivers are advised that from 17 October enforcement on two bus lanes around Central Station will begin. Cameras will be used to enforce restrictions on bus lanes outside the station on Neville Street and on the signalised junction at Westgate Road/Neville Street.

The action is being taken to ensure the smooth and efficient running of the bus network on one of the busiest routes for buses in the city.

Newcastle City Council will issue warnings up to 17 October, to remind drivers that the restrictions are in place and inform them that enforcement is due to start. Anyone caught driving in the bus lanes in breach of the restriction from that date will receive a warning letter for their first offence only, within the first five months of the cameras being switched on. Any further breaches would see penalty charge notices issued.

After the five-month period, penalty charge notices will be issued for all offences.

Cllr Jane Byrne, cabinet member for a connected city, said “We want Newcastle to be a clean, green and connected city that’s easy to move around in, and having an efficient public transport service is a key part of this.

“This is one of the busiest routes for buses into the city and so any bus held up in the city centre has a real knock on effect on people waiting for buses in their neighbourhoods, so this change will benefit the thousands of passengers who use these services.

“Although the bus lanes have been in place for a number of years, we want to raise awareness of this enforcement action starting, with a six-week warning period and further warnings issued for first-time offenders, to help drivers plan their journeys.

“There may be an initial spike in warning letters issued but I am confident this will soon drop off, as we have seen with other bus lane enforcement schemes.”

In 2020, the council set out its commitment to review all signage alerting drivers to the presence of bus lanes, including the signage around Central Station.

All surplus income from bus lane enforcement is used to fund improvements to public transport networks.

The council is developing a number of schemes across the city to prioritise bus services, as well as working with regional partners to develop a bus service improvement plan, which is aimed at improving services and helping to ensure the region has access to national funding for public transport in the future.