The new look lorry which is now EDGE Mobile Recording Studio has been back out for two weeks now and wow what a two weeks it has been! 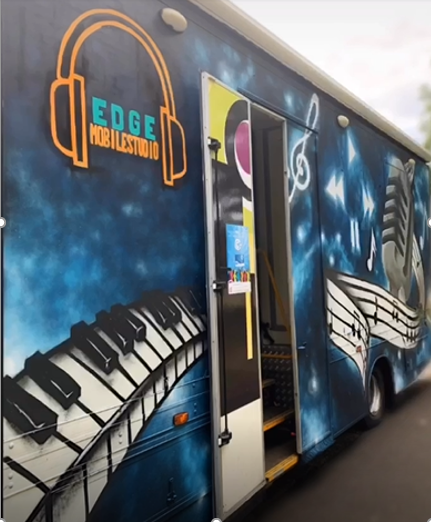 It is also part of the Best Summer Ever and has an evening dedicated to the City Centre. The new booking system is working amazingly well and Edge NE  have engaged with 26 young people in the last two weeks, these are young people who don't attend other provision and this new system has been praised by Northumbria Police.

Edge NE have received messages over social media from some of the young people thanking them. The lorry is booked up for the next six weeks with young people from each of the funded wards, including Kenton.

Collette from Edge NE said, "The talent some of these young people have with music is outstanding, our Senior Music Director who has a wealth of experience and performed at the likes of Glastonbury, has been blown away by some of the hidden talents.  All the young people are developing their skills in music recording and production and some are now learning to play guitar."