A new multi-million pound bid to support the River Tyne-based economy and protect jobs has been re-submitted to government. 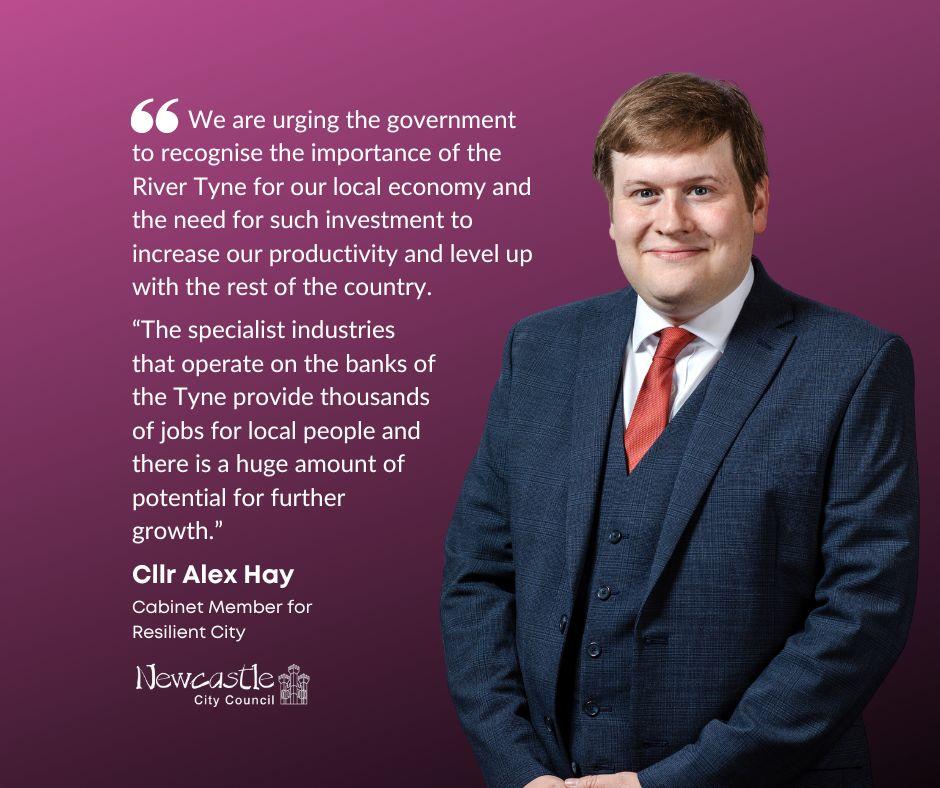 Newcastle City Council is requesting just over £19.4m from the second round of the Levelling Up Fund following the government being unable to support the original bid in the first round last October.

The funding would safeguard thousands of jobs, help to attract investment and secure the long-term future of the Tyne-based offshore and subsea sector.

The sector employs around 2,800 people and contributes £139m annually to the regional economy. A successful funding bid would not only support these existing operations into the future but would also help to bring further inward investment and job creation.

Cllr Alex Hay, cabinet member for a resilient city, said: “We are urging the government to recognise the importance of the River Tyne for our local economy and the need for such investment to increase our productivity and level up with the rest of the country.

“The specialist industries that operate on the banks of the Tyne provide thousands of jobs for local people and there is a huge amount of potential for further growth.

“We need to be able to unlock that potential so that these riverside operations can continue to thrive here in the North East, supporting a stronger regional economy and creating more jobs and training opportunities for our communities.”

The second-round bid is supported by Newcastle East MP Nick Brown, who also backed the original bid last year, saying it would help to bring high quality jobs to the area.

He added: “This project complements the environmental protection work that the council, along with the Environment Agency, are already undertaking upstream.

“It helps safeguard the marine environment from contaminants, this in turn helps protect and develop green jobs on the north bank of the Tyne.”

If the £19.4m bid to government is successful, additional funding from the North East Local Enterprise Partnership and the North of Tyne Combined Authority, would see the total level of investment reach just over £26m.

This funding would enable the joint delivery of a package of regeneration infrastructure works: the development of a new facility to manage sediment build-up in the river, which could otherwise, over time, affect access for larger vessels and the renewal of a section of Walker Quays for which Local Enterprise Partnership and North of Tyne Combined Authority funding has been secured.

Newcastle City Council has worked with partners who play a vital role in the environmental and economic management of the River Tyne to develop the proposals. It has the full support of the newly established Tyne Task Force, convened by the North of Tyne Combined Authority (NTCA) which brings together the Local Authorities – with businesses and the Port – to unlock jobs and growth potential on the Tyne.

The investment would create a restoration facility on the northern bank of the river, at Bill Point. A bund would be built out from the riverbank to create a reservoir that would hold the sediment that is dredged from the riverbed. This innovative technical solution will enable the deposit of dredged material containing elevated levels of heavy metals that are too expensive to dispose of at landfill. Without such purpose-built facility, over time, the berths on the North bank of Tyne would become unviable economically resulting in the loss of global businesses and 14,000 jobs.

Combined with Walker Quay renewal works, the project will sustain the use of the river and access to quays to support economic activities, unlock new jobs and meet the needs of the offshore energy sector and increased international trade.

Initial consultation has already been carried out with key stakeholders, including River Tyne businesses, environmental organisations and public sector partners as part of the development of the original bid. Earlier this year, formal public consultation was carried out as part of the River Tyne restoration facility licence application process with the Marine Management Organisation from which consent for the works is required.