Investment in biodiversity to create a buzz in the city

Bees will be buzzing as a new pilot project aims to reduce grass cutting in some areas and increase biodiversity in Newcastle. 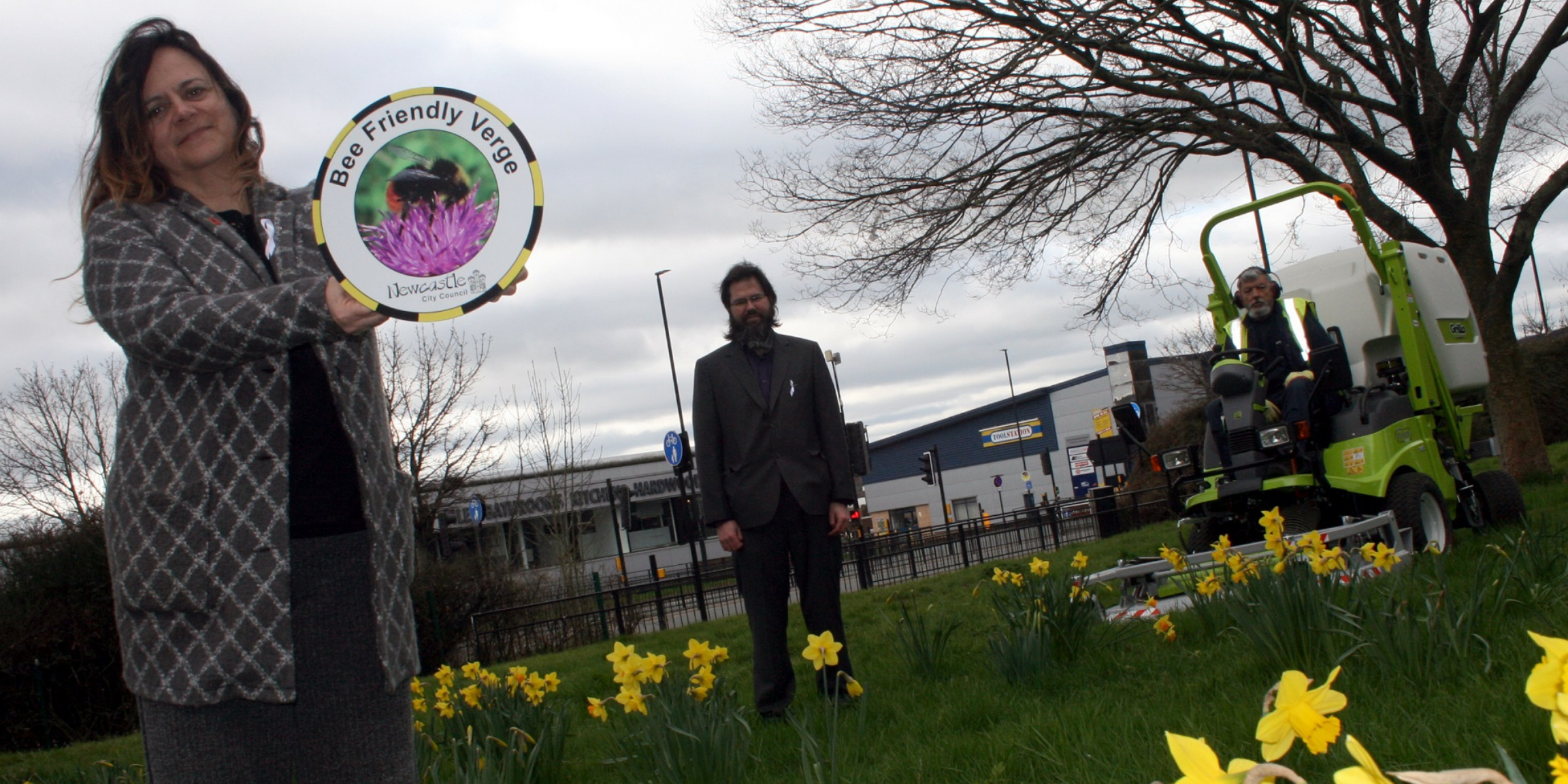 To support the project the authority has invested in a new ride on mower that is capable of also collecting its cuttings, so that they can be taken away, giving wildflowers and insects more opportunity to thrive.

Cllr Clare Penny-Evans, Cabinet member for communities and climate change, said: “Newcastle is already home to a fantastically diverse environment and, while we are obliged to maintain a balance between ecological issues, public safety and, what many of the public consider to be a tidy appearance, we are doing all we can to support and grow that.

“Each year we plant thousands of trees and sow flower and perennial meadows that benefit pollinating insects, and this pilot again sees us taking expert advice from the charity Butterfly Conservation.

“By reducing the amount of grass cutting we can increase biodiversity, laying the foundations for new ecosystems that will hopefully increase the number of wildflowers we have, attracting greater numbers of insects, which in turn supports birds and other wildlife.

“That can only be a positive for the communities in which we live.”

Each bee friendly verge – which are spread right across the city, from Gosforth, Jesmond and Heaton, to Woolsington, Elswick, Denton and Benwell - will be identified using signs featuring a photo of a native bee.

As well as improving biodiversity, the reduction in mowing from eight cuts a year, to three or in some areas possibly even two cuts, will help the council’s grounds maintenance team reduce their greenhouse gas emissions, contribute towards Newcastle’s ambition to be “net zero” by 2030, and save money that can be spent on other essential frontline services.

Cllr John-Paul Stephenson, Cabinet member for environment and regulatory services, said: “This is an amazing project that will contribute to the wellbeing of all of us.

“By investing in this new equipment it allows us to continue to develop our approach to how we manage the green spaces that we know residents cherish, making them more pleasant for everyone who lives there, be they families, flora or fauna.”

The UK is currently home to over 260 species of bee, all of which play a vital role for plants and flowers by transferring pollen between them.

Some plants such as red clover, oilseed rape and tomato plants rely entirely on bees for pollination.

And bees are an essential part of ecosystems, as pollination causes plants to make seeds that can then be eaten by animals or birds.

Bee populations are under pressure and many are believed to be declining globally due to a range of issues including disease, agricultural changes, habitat loss, and climate change.

Wild bee populations are suffering as changes in land management has led to fewer wildflowers for bees to forage upon; fewer hedgerows and wilder spaces have isolated populations from one another; and insecticides – particularly those containing neonicotinoids – have caused harm to the insects.

Newcastle has since 2010 aimed to be a Bee Friendly City, introducing pollinator friendly flowers and nectar beds in green spaces, reducing the use of pesticides, educating residents about the role that insects play in our ecosystem and helping more allotment holders to become bee keepers.

A healthy bee population is essential for our food supply and biodiversity and Newcastle City Council does not use any pesticides, including anything containing neonicotinoids – which were banned by the European Union, in a move that led bee populations to improve in recent years.

In February 2021, in response to a question to full council, councillors expressed serious concern at the Government’s recent announcement that neonicotinoids may again be allowed, despite the concerns expressed by animal welfare and nature conservation organisations.

They resolved to write to the Environment Secretary about their concerns, and to develop proposals to reject the use of such pesticides locally.

For more information about biodiversity in Newcastle please see www.newcastle.gov.uk/services/planning-building-and-development/trees-wildlife-and-green-environment/newcastle-and-north