A HGV driver who was caught on CCTV dumping rubbish in Newcastle in broad daylight has been fined. 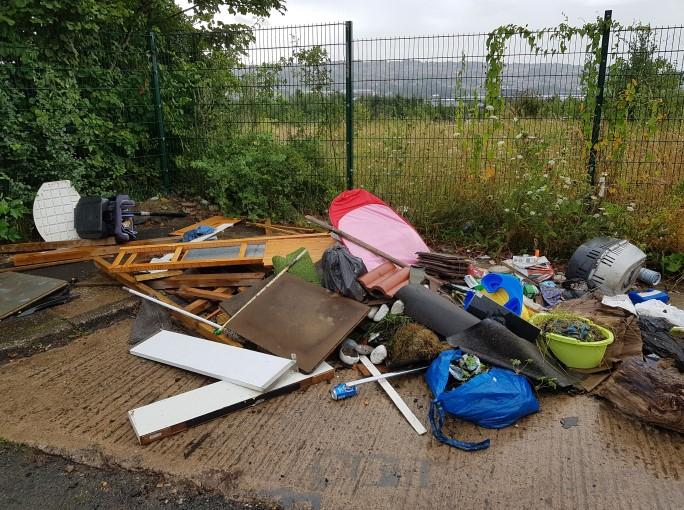 Kenneth Johns, 32, of Guthrum Place, Newton Aycliffe, appeared at Newcastle Magistrates’ Court on Friday January 21 where he pleaded guilty to depositing controlled waste on land without the authority of an environmental permit.

The court result followed an investigation by Newcastle City Council.

The court heard Johns was caught on CCTV driving his Nissan Qashqai to Whitehouse Road in Scotswood on the afternoon of August 7 last year.

Both men then removed several items from the car and left them outside the former Whitehouse Enterprise Centre, near to where the vehicle was parked.

After dumping the waste, Johns closed the passenger door before he and the male passenger quickly got back into the car, leaving the boot open.

The car was then driven away at speed with the boot still open.

The waste left by Johns included MDF, astroturf, flooring, a pet cage, wood, a basketball board and pole, roofing tiles, a mop, a child’s car seat, toys, bags of soil, a bag of domestic waste, boxes, and paint tins.

An investigation was launched by Newcastle City Council and officers identified that Johns owned the vehicle and drove it at the time of the offence.

In mitigation, Johns said the waste was from his ex-partner's garden and he could not access the local tip on that day. He accepted full responsibility for his actions and apologised.

Cllr Linda Hobson, Newcastle City Council's Cabinet member for housing and regulatory services, said: “There is never an excuse for fly-tipping and everyone has a responsibility to correctly dispose of their household waste.

“Kenneth Johns showed a blatant disregard for the law and his sentence sends out a clear message to other fly-tippers that there will be consequences for such abhorrent behaviour.

“We take these crimes very seriously and will do all we can to hold the culprits accountable for their actions.”