The red and white hackles of the Royal Regiment of Fusiliers will be on display this weekend as the Fifth Battalion exercise their Freedom of Newcastle with a parade through the city. 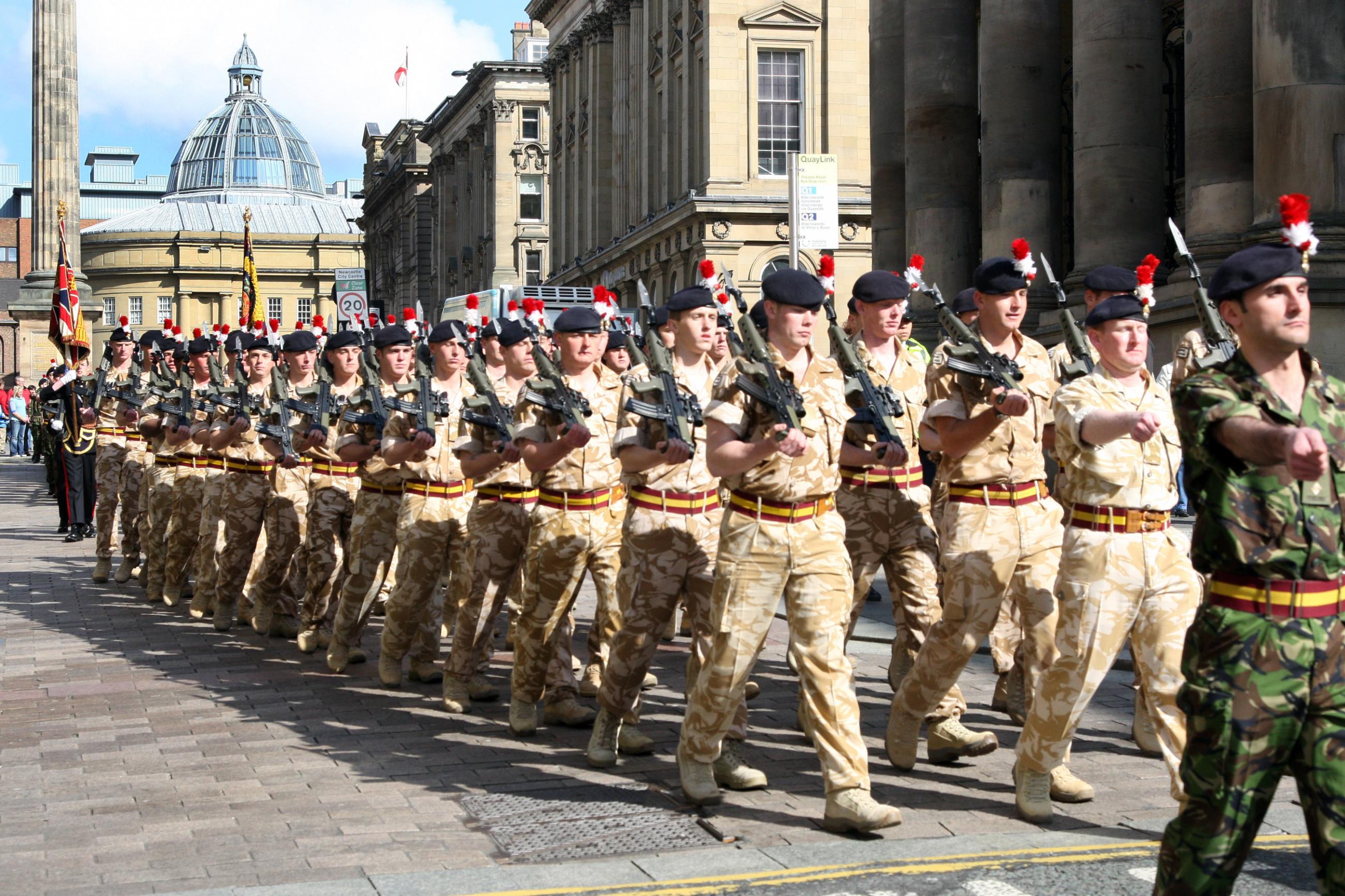 The Royal Regiment of Fusiliers marching in Newcastle

The day will begin with around 150 Fusiliers, cadets and veterans assembling in front of the Civic Centre on Ceremonial Way before the Lord Mayor of Newcastle, Councillor Habib Rahman is invited to address the parade and inspect the troops. 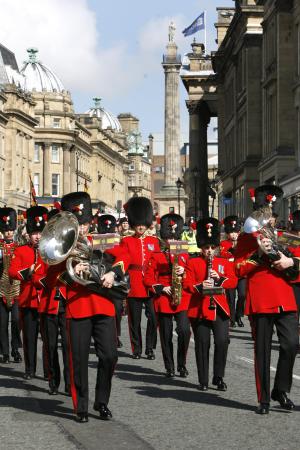 Residents and visitors are expected to line the streets as the parade, led by the Band of the Royal Regiment of Fusiliers, marches through the city centre and past the War Memorial at Old Eldon Square, where the salute will be taking, before returning to the Civic Centre.

Lord Mayor of Newcastle, Councillor Habib Rahman, said “Newcastle has a long and proud relationship with the Royal Regiment of Fusiliers and I am honoured to be able to welcome the Five Fusiliers as they exercise their right to parade through our city for the first time since 2018.

“The armed forces played an important role during the pandemic and the Freedom Parade is a fantastic opportunity to show our appreciation for everything they have done. By lining the route people will be able to show their support for the Five Fusiliers and enjoy the parade in a way that is safe.”

Lieutenant Colonel Paul Smythe, Commanding Officer,  of Five Fusiliers explains the honour and significance of the Freedom Parade which will take place on Saturday 11 September 2021. 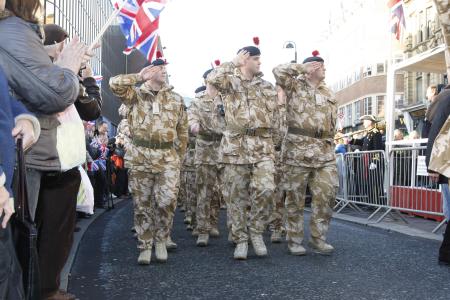 Residents and visitors are encouraged to line the route to watch the parade rather than gathering in one place to help reduce the risk of spreading COVID and there are plenty of opportunity to get a fantastic view.

Five Fusiliers will assemble on ceremonial way, outside the Civic Centre by 10:30am.  Following a welcome address and inspection by the Lord Mayor of Newcastle, Councillor Habib Rahman, they will depart the Civic Centre at 11am turning right onto St Mary’s Place.

The parade will then turn left into Percy Street and left again onto Blackett Street and continue along New Bridge Street before turning left into John Dobson Street and returning to the Civic Centre at approximately 11:40.  During the parade the salute will be taken at the War Memorial at Old Eldon Sqaure.

Lieutenant Colonel Paul Smyth MBE VR, Commanding Officer of the Fifth Battalion, Royal Regiment of Fusiliers said “It is an honour and a privilege for the Battalion to be given the freedom of the city and to march through Newcastle with Bayonets fixed, colours flying and the red and white hackles on display and makes every Fusilier, past and present, proud.

The Battalion has strong ties across England, but it is in Newcastle where the ties are the strongest and continue to develop every year, both directly with the community and in support of local authority initiatives, and long may it last.”

Commanding Officer of the Fifth Battalion, Royal Regiment of Fusiliers