A fire-starter named Burn is counting the cost after being fined for torching fridges and freezers. 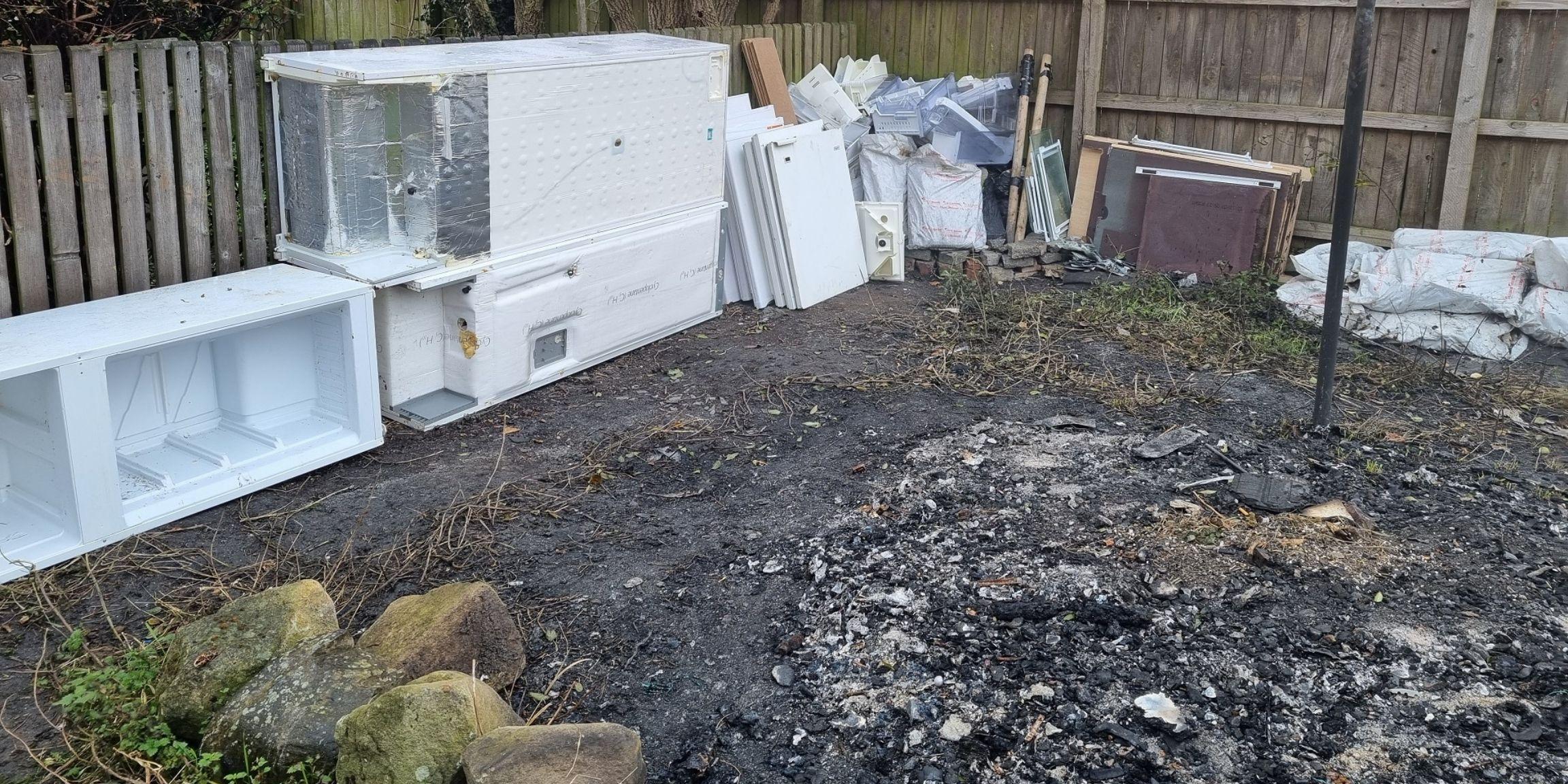 “By his own admission Burn had repeatedly and deliberately illegally disposed of hazardous waste, something that not only put his own health at risk, but also that of everyone around him.

“His choice to be a toxic neighbour, to make just a few pounds from scrap metal and fulfil his unhealthy desire to start fires, showed complete disregard for both his community and the environment.

“It is again positive to see the courts taking such a dim view of such indiscriminate, damaging enviro-crime and I hope it will act as a warning and deterrent to others that we will not hesitate to take action against those who would blight Newcastle.”

How was Burn caught?

In the back garden they found refrigeration units, freezers and fridge-freezers stacked up against the fence, evidence of their dismantling and a large, scorched area of grass, lined with stones, containing ash and remnants of metal.

Under caution the householder, Burn, told officers he “liked to light fires” and had been collecting appliances using a wheelbarrow, stripping the gas bottles, metals and plastics from them, selling the scrap and burning the remains.

He said he had been doing it for a period of six months and just the previous week, to mark Bonfire Night, had set fire to two large fridge-freezers.

He admitted he had no authorisations from the Environment Agency to dispose of controlled waste.

Why fridges must be disposed of correctly

Recycling fridges and freezers requires several permits and permissions, and specialised technical equipment housed in an indoor facility, to prevent the gases they contain escaping into the atmosphere.

Fridges and freezers are therefore considered a hazardous waste under UK law.

Failing to dispose of appliances properly, including removing their condensers and breaking them up to expose refrigerant-impregnated insulating foam, in the open air – as was the case at Warren Avenue - risks those harmful gases escaping.

Furthermore burning controlled waste is also harmful to both the environment and human health, with toxic and poisonous substances released into the air and the ground, causing possible long term damaging effects on the environment and local community.

Appearing at Newcastle Magistrates’ Court on December 17 Burn pleaded guilty to operating an unlicensed waste facility and disposing of controlled waste in a way that was likely to cause pollution or harm to human health.

In mitigation, solicitor Mark Humble told the court that Burn recognised what he had done was wrong, that he would not do it again and that he had apologised to his neighbours.