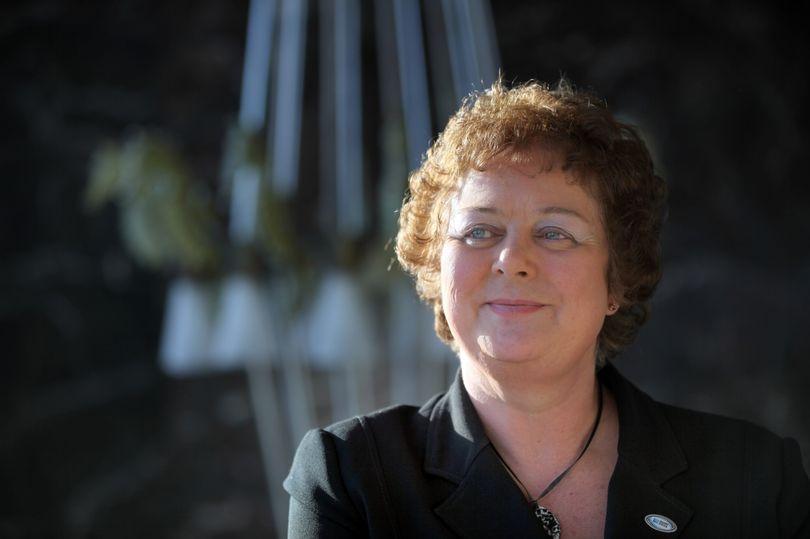 Tributes have been paid to Newcastle councillor Anita Lower who has died after a short illness.

Cllr Lower, 64, passed away peacefully at home surrounded by her family.

She was the current serving Sheriff and Deputy Lord Mayor of Newcastle and was sworn into the role in May this year.

"It is with the deepest sorrow that we announce the death of our friend and colleague Anita Lower.

"She will be sorely missed by many in local government, in Newcastle and further afield, and by her constituents who she has served with great commitment over many years.

"She will be missed incredibly by her Council colleagues and the Liberal Democrat family here in Newcastle. Anita was one of our own and losing someone so close as Anita is incredibly hard.

"Anita's depth of knowledge, wise advice, friendship, appetite for hard work, and absolute dedication to local government,  will be ever remembered.

"Our thoughts go out to all Anita’s family and friends, particularly Phil, her devoted husband and her son Andy and daughter Ellie."

City Council Leader Cllr Nick Forbes said: “Anita was a great leader, a passionate ambassador for Newcastle and someone who commanded the respect of officers and politicians from all sides of the chamber.

“She gave 25 years distinguished service to the city and was a formidable opponent but always constructive and someone whose company I always enjoyed.

"I will remember Anita as a warm person, with a great sense of humour and someone who always represented the interests of her constituents. My thoughts are with her family, friends and colleagues at this sad time.”

Lord Mayor Habib Rahman said: “I am shocked and devastated by this very sad news and at the loss of someone who I had come to regard as a dear friend.  Anita was a real champion of Newcastle and a source of support and inspiration to me.

Council Chief Executive, Pat Ritchie, said: “My heart goes out to Anita’s family and friends at this sad time.

“Anita was highly respected by everyone at the city council, she leaves an incredible legacy and lasting contribution to our city. She was a great character and was wonderful company both socially and during council business.

“Her unwavering passion and dedication for her community did not stop throughout the pandemic and she continued to work tirelessly to support everyone impacted.

“She will be sorely missed by all of us at the council and in the community she represented.”

Cllr Lower was first elected to the council in 1994, originally as a ward member for Blakelaw before boundary changes moved her to represent Castle ward.

She was leader of Newcastle’s Liberal Democrat party for 7 years – from 2013 until 2020 –stepping down in May 2020 to enjoy more time with her family and friends. She also served as Deputy Leader of the City Council in 2011, the first women to hold the role in Newcastle.

The impact of her work for all communities in Newcastle was recognised in 2020 when a room in the new Arches Reception at the Civic Centre was named in her honour.

Cllr Lower also represented Newcastle on the national political stage through her work with the Local Government Association.

She chaired several key committees with the City Council including chairing Overview and Scrutiny Committee, sitting on Licencing Committee and Cabinet.

Flags at the Civic Centre will be flown at half-mast today in tribute to Cllr Lower.