Hundreds of fake football strips worth over £20,000 have been seized in a sting by Newcastle Trading Standards. 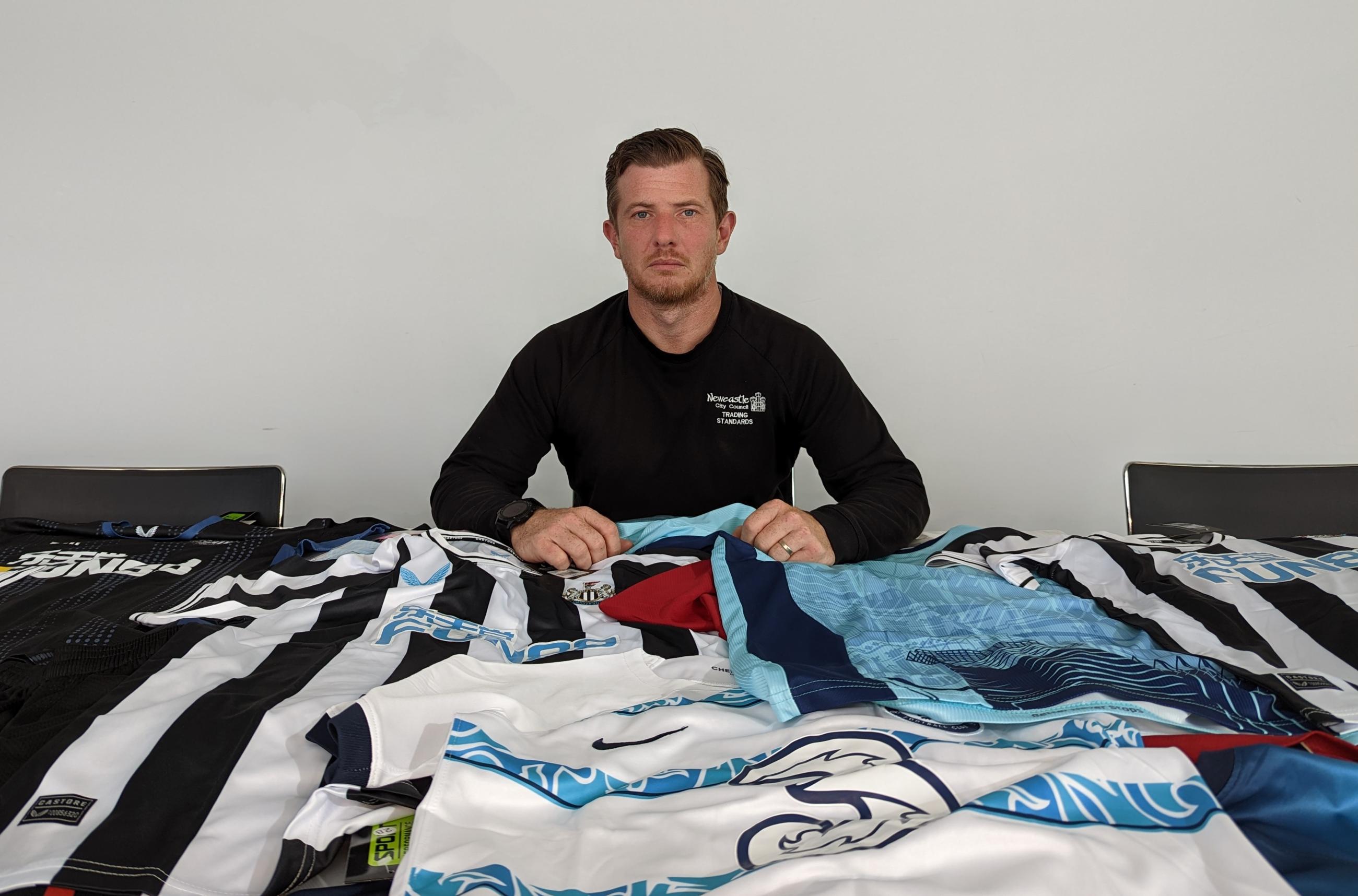 A consignment of 113 fake Newcastle United strips were seized during a random freight inspection at Newcastle International Airport.

They were found in boxes destined for an address in the west of the city.

It’s believed the fake strips were manufactured in the Far East for just a few pounds and then being sold over social media at inflated prices, netting a tidy profit for their buyer. It is illegal to sell counterfeit goods under the Trade Marks Act 1994.

When trading standards officers called at the house, they found a further 140 strips taking the total haul to over 250 including Newcastle, Rangers, Liverpool and Real Madrid strips.

The goods have been seized while trading standards conduct a thorough investigation.

The phoney strips were being sold for £25 each on social media giving them a street value of £7,500 but the equivalent retail value is put at three times that amount to over £20,000.

Cabinet member for Regulation, including trading standards, Cllr Irim Ali, said: “I’d like to congratulate our trading standards team for finding and seizing this haul of illegal merchandise.

“Fake goods may be tempting as they cost less than the real thing, but they are very often inferior in quality and may be unsafe and dangerous. Of course, they also don’t come with any after-sales service or guarantees.

“The fake goods industry is not victimless crime. Organised crime gangs monopolise the trade in counterfeit goods. In other words, if you buy a fake goods, it can be the final link in a chain that profits criminals who can be involved in various crimes.

“And criminals are going to make the product as quickly and cheaply as they can, with low quality and potentially dangerous materials and ingredients. All they are interested in is maximising their profits.”

Ultimately, the strips will be recycled, re-purposed or destroyed if they cannot be put to good use.