A thought-provoking campaign designed to stop people dropping litter was launched in Newcastle. 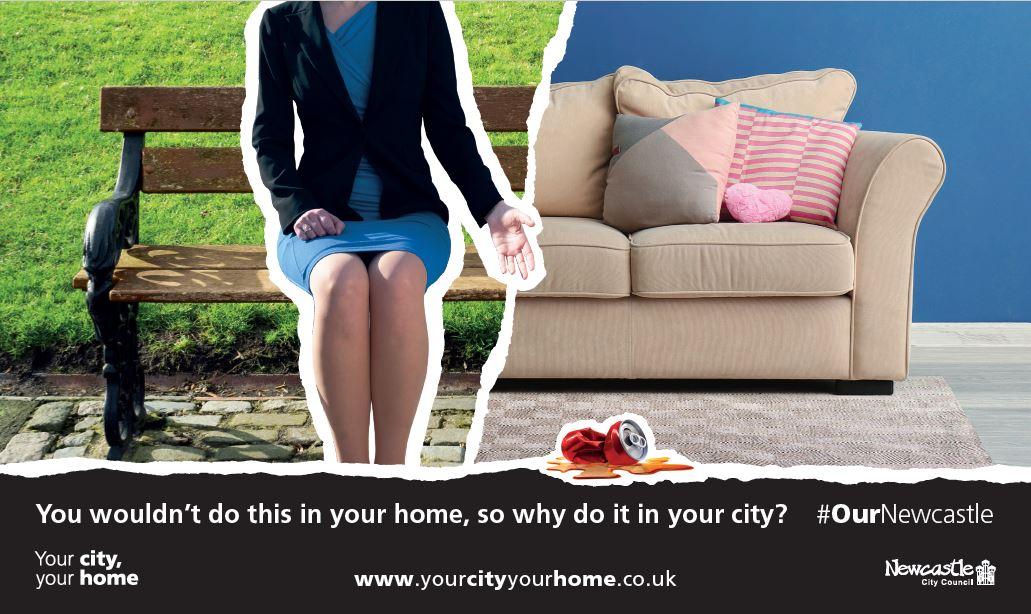 Your city, your home aims to reduce the 7,000 tonnes of litter and fly-tipped material people discarded in the city last year.

It also warns that dropping litter – even a cigarette butt – could result in a £75 fixed penalty notice or being summonsed to court for a criminal offence.

Cabinet Member for the Environment, Cllr Nick Kemp, joined youngsters at Canning Street Primary in Elswick, who threw their weight behind the campaign with a litter pick around their school.

Cllr Kemp said: “Newcastle has a problem with litter like many other big cities. It spoils our neighbourhoods, damages our environment and costs a fortune to clean up.

“When we speak to residents it is always one of their biggest complaints, so we have launched this campaign to make people think of the consequences of dropping litter.

“Newcastle is a beautiful city - blessed with impressive architecture like Grey Street and many open spaces. I think most people know this, but we want everyone to recognise it and take pride in our city.

“For those who continue to drop litter the message is clear, it will cost you a packet - £75 in the form of a fixed penalty notice or potentially hundreds of pounds if you are convicted in court. It’s much easier to just use a bin.”

The authority has 19 officers with the power to issue fines for litter – as are police and police community support officers.

In recent years the council has stepped up its enforcement activities for environmental crimes.

On Friday, March 22, the council will be taking part in Keep Britain Tidy’s Great British Spring Clean – calling on groups across the city to don their gloves, grab black bags, and take part in a mass litter pick.

In the summer there will be a second mass litter pick across the city that we want everyone to get involved with.

There are various things people can do if they spot litter or fly-tipping offences including:

Central to the campaign will be an interactive website where people can get involved by pledging their support, get involved with litter campaigns, leave comments and post ideas.

The website will also post regular updates on the progress of the campaign, monitor the amount of litter and fly-tipping recovered, and the number of prosecutions and fixed penalty notices issued.