Politicians at North East local authorities will be holding meetings over the coming week to progress plans towards the delivery of a £4.2billion devolution deal for the region. 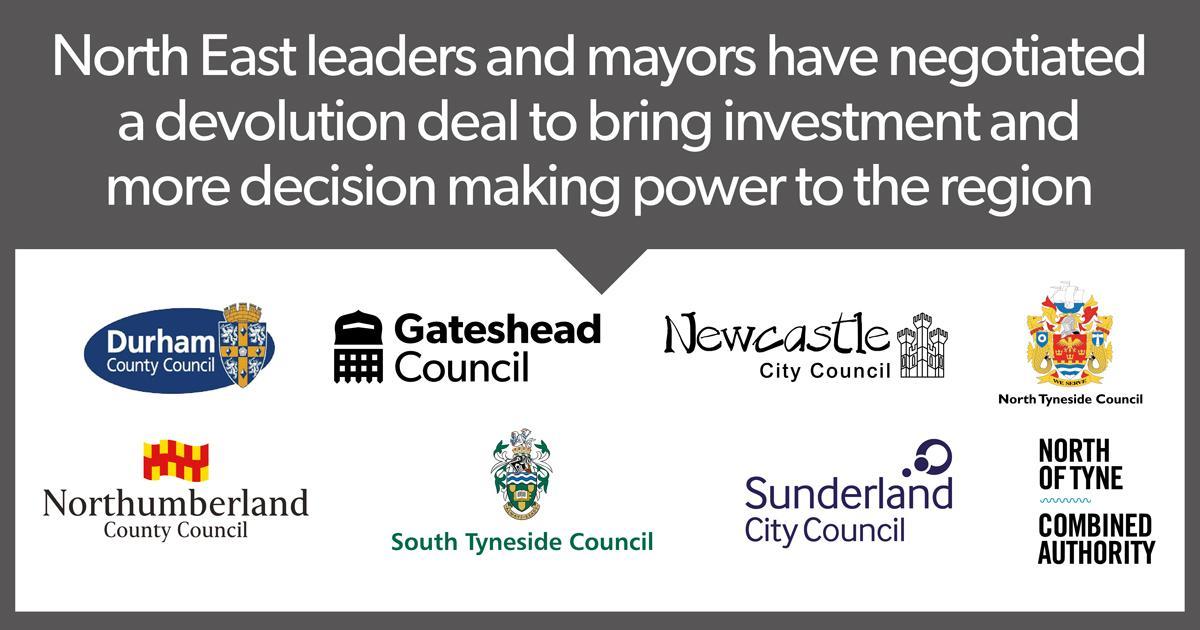 The deal would see significant funds and powers transferred to the North East, where a new combined authority headed by an elected metro mayor would be formed.

Over the next week the Cabinet Members at each of the seven local authorities will be asked to endorse proposals for the deal.

This includes a public consultation on the deal, which it is expected to begin the week starting January 23.

The deal offers a potential £4.2bn of investment into the region, made up of elements including:

It is expected to create 24,000 extra jobs, deliver 70,000 courses per year to give people the skills to get good jobs, and leverage £5.0 billion of private sector investment.

Once established, the new authority, covering an area which is home to around 2 million people, will have the power to make decisions on areas such as transport, skills, housing, finance and economic development. The potential deal does not involve any changes to existing councils.

The deal also includes provision to enter into negotiations alongside Greater Manchester and West Midlands Combined Authorities on trailblazer provisions which deepen and enhance the powers devolved to mayoral combined authorities.