Newcastle City Council is warning of disruption on Killingworth Road in South Gosforth from 7 October for up to 10 weeks. 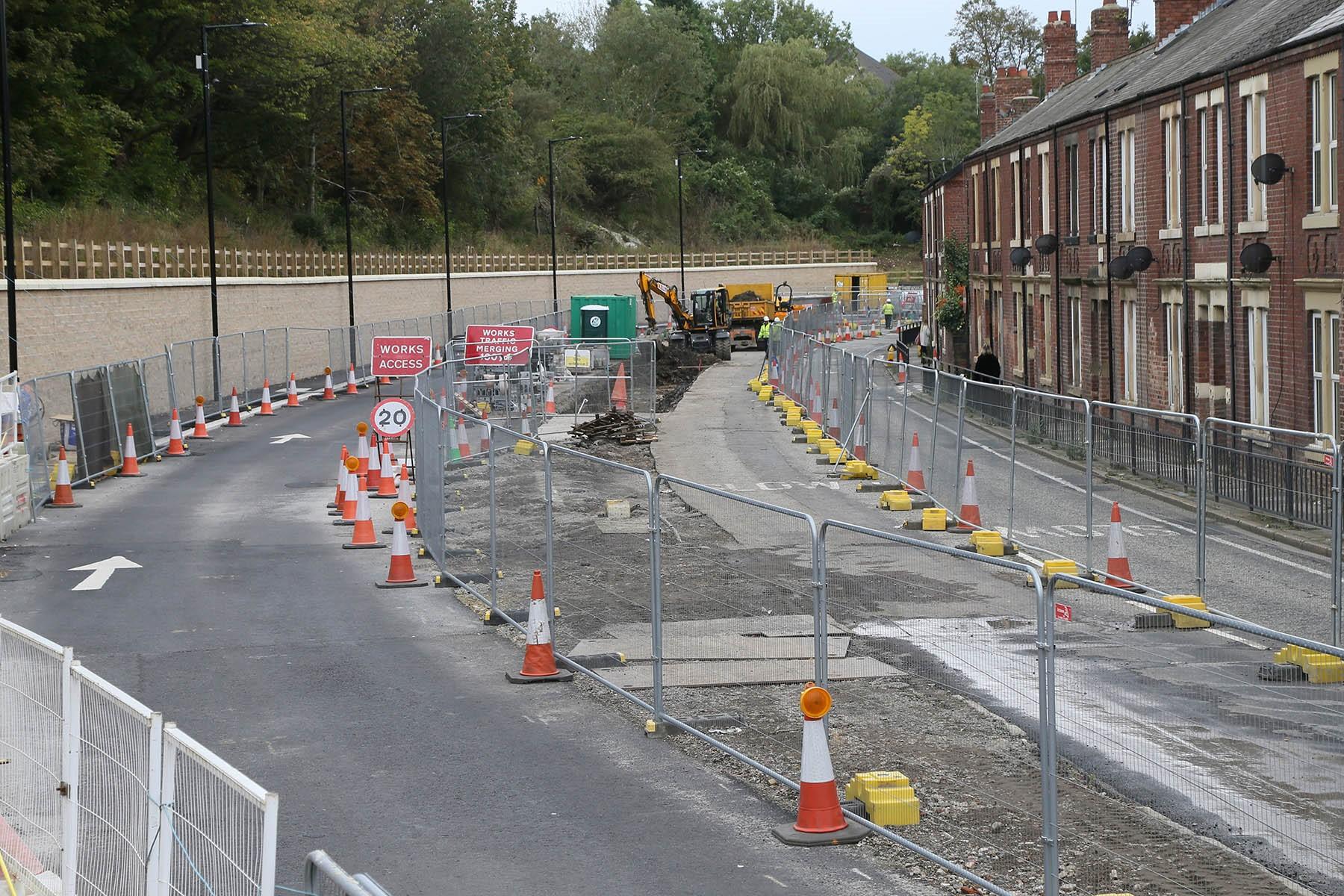 The trench area is down the centre of the road

Temporary traffic lights will be installed on a short section of the A189 until mid-December. This is to control the flow of traffic from the Metro bridge to Haddricks Mill double roundabout as part of the final stages of carriageway construction for the £13.5m project on a key commuter route into the city.

The council is warning that this will cause delays, particularly to southbound traffic and is advising people to use alternative routes via Four Lane Ends or Great North Road or use public transport during this period.

Salters Bridge will also open to vehicles from 13 October.

Cllr Arlene Ainsley, cabinet member for transport and air quality said: “Killingworth Road is due for completion this Spring, but we have now reached a particularly disruptive stage of construction, so I am asking people to please bear with us during this period.

“In order to complete this essential work to join up the carriageways, we need to alternate southbound and northbound traffic through a narrow section of the road, which will cause delays, particularly to southbound traffic during peak periods.

“We are advising commuters to avoid Killingworth Road and use alternative routes or public transport.

“We will also open Salters Bridge to vehicles again from the 13 October.

“We know some residents and community groups have concerns about traffic using the bridge again and we will closely monitor the situation.

“We have not decided on the long-term future of the bridge and we will consult on this early in the New Year.”

The programme is reaching the stage where all new utilities have been installed and the council are removing old utilities. This has left a trench down the middle of the road which needs to backfilled and new foundations laid to join the new carriageways together.

To do this, they need to operate two-way lights to filter single-lane traffic through a narrow area which will create queues at peak periods.

The council has also committed to opening Salters Bridge to vehicles from 13 October, as the legal order which allows the closure of the bridge is due to expire in November.

The temporary traffic signals and mitigation measures that will operate until mid-December, when the works to join the roads are complete, are:

The works to join the carriageway should last for 10 weeks, with the two-way light system removed by mid-December.

Once Salters Bridge is open, the council will continue to collect data on travel methods people use to cross the bridge as well as air quality levels in the area. This information will be included as part of the consultation on the long-term future of the bridge.

The full construction programme for Killingworth Road is due to be completed by Spring 2020.