An intricate concealment containing a haul of illegal cigarettes was sniffed out inside a Byker shop by specially-trained dogs.

Thousands of cigarettes as well as a quantity of hand-rolling tobacco was discovered by Scamp and his handler as Newcastle City Council’s Trading Standards officers continued their ongoing operation to crackdown on the illegal products.

The biggest single discovery across two days of investigations came on Thursday October 10 from a hidden compartment at a premises in Byker. The mechanism was deliberately and carefully disguised as a wall-mounted cabinet in the shop’s bathroom, which when opened revealed a storage space containing thousands of cigarettes.

On Friday, Trading Standards officers were again out to disrupt the supply of illegal tobacco, this time in partnership with officers from Northumbria Police.

Across the two days, 8620 cigarettes and 1.35kg of hand-rolling tobacco was seized from the criminal operations which had been targeted. 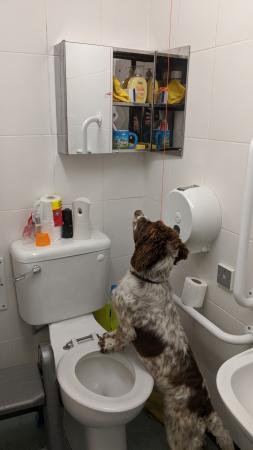 Cllr Nick Kemp, Newcastle City Council cabinet member for Environmental and Regulatory Services, said: “The sophistication with which we are seeing criminals operate within the city is alarming, but as clever as they think they’re being, they are no match for these incredible dogs.

“Illegal tobacco products are incredibly harmful to our communities. They lead to young people becoming addicted to tobacco, undermine public health efforts to reduce smoking rates, and they have links to organised crime.

“We will continue to do everything within our powers alongside our partners to stamp out this criminal activity and I hope this sends a clear message to others operating in this way that we will find you and take action.” 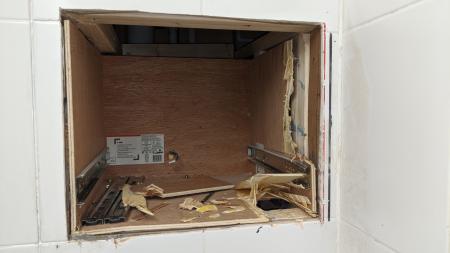 He said: “Under the banner of Operation Sentinel we have executed a number of warrants to disrupt organised crime in our Force area.

“We have fantastic working relationships with the local authority, and we will work together to utilise all the legislation at our disposal to protect the public.

“Trading Standards have made a significant seizure today and we were more than happy to support them with their operation.

“This should come as a warning to those who engage in criminal activity. If you have something to hide, we will come knocking at your door.”

If you have information about the sale of illegal tobacco, report it to trading standards by calling 0191 211 6121 or email tradingstandards@newcastle.gov.uk