Pat Ritchie to step down as Chief Executive

Newcastle City Council’s Chief Executive Pat Ritchie today announced she is standing down after eight and a half years in the role. 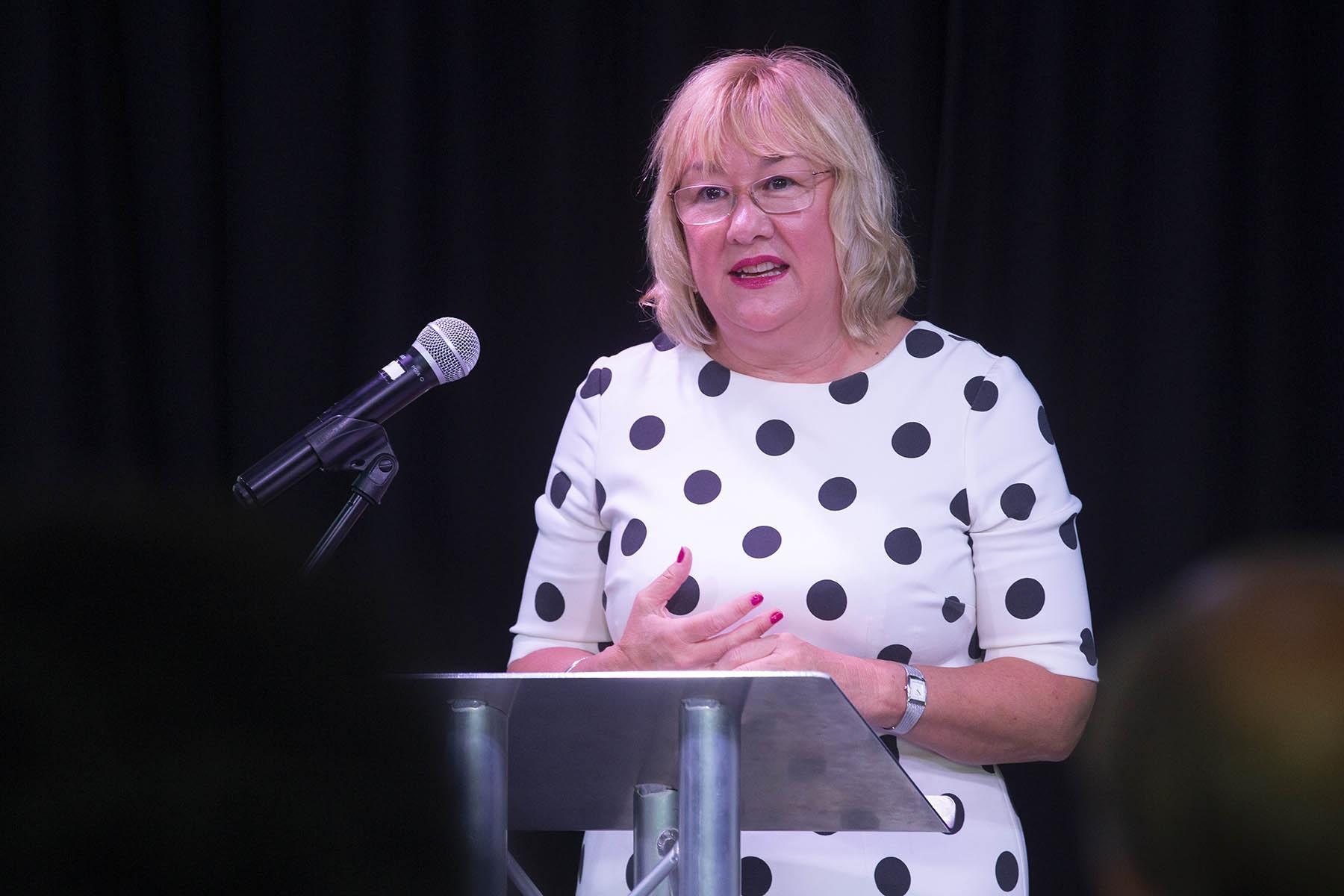 Mrs Ritchie, who was awarded a CBE in the New Year’s Honours List for services to Local Government and public service reform, had planned to leave the council last year but stayed on to help navigate the city and wider region through the coronavirus pandemic.

Having led the city council’s executive team since January 2013, Mrs Ritchie will leave the council in the Autumn. The search for her successor will begin shortly.

“It has been a huge honour and privilege to have led the council alongside leader Nick Forbes,” she said.

“This is a great, vibrant, diverse and inclusive city full of wonderful, proud people. The way it has come together during the pandemic has shone through what has been an incredibly challenging time.

“This has not been an easy decision to leave the job which I love and which has consumed much of my life for over 8 years.  However, I feel that this is the right time to step down, both for me personally and for the city.  I have supported the city and led the Council through the pandemic but now feel the time is right to appoint a new Chief Executive who can work with the Leader and Cabinet to support the economic and social recovery in the city.  This is a 5 - 10 year task and one which I can’t commit to at this stage in my career.”

Council Leader Nick Forbes said: “Pat has been an inspirational chief executive and has played a key role in bringing the city together throughout her time in office.

“When she first told me of her plans to leave last year we agreed to delay any announcement until we had navigated our way through the worst of the pandemic – something she has done with great skill and judgement in the most trying of circumstances.

“I am extremely sad to see her go. I will miss her wise counsel, her professionalism, her drive, passion and innovation.

“She has played a significant part in raising the profile of the city, especially in the corridors of power, and despite operating through many years of austerity, leaves the council in a strong position. On behalf of the council and the wider city I want to place on record my thanks to Pat for the excellent job she has done and wish her well for the future.”

Mrs Ritchie, 62, is the city’s first female chief executive. She played a leading role in securing the multimillion-pound investment deal to bring Legal and General to Newcastle’s flagship Helix city quarter as well as in the creation of the North of Tyne Combined Authority, where she was the first Head of Paid Service.

She was instrumental in the forming of Collaborative Newcastle – an innovative partnership which aims to improve the health, wealth and wellbeing of the city.  Alongside the Police, she led the work to support victims of sexual exploitation as part of Operation Sanctuary and bring perpetrators to justice.

As a former chief executive of the Homes and Communities Agency (now Homes England) and former deputy chief executive of the One North East Regional Development Agency, she continues to influence housing and economic policy nationally and was appointed earlier this year to chair the Government Property Agency – a role she will continue in once she has left her post as chief executive.

Mrs Ritchie said: “It has been an absolute privilege to serve the people of this brilliant city.  I leave the Council in a strong position to meet the challenges of the future, with a highly effective senior team and talented staff committed to doing their best for the city.

“The last 18 months has been the most challenging of my career, but I know I have played my part in leading the city through this extraordinary time, keeping people safe, supporting businesses and ensuring the Council continued to function and support the people of Newcastle.

"Having lived and worked in Newcastle and the North East for most of my career, I hope I can continue to champion and support the city and the region as I take up new challenges and opportunities.”