Trading Standards officers in Newcastle have discovered a huge haul of illegal cigarettes – believed to be their biggest ever seizure. 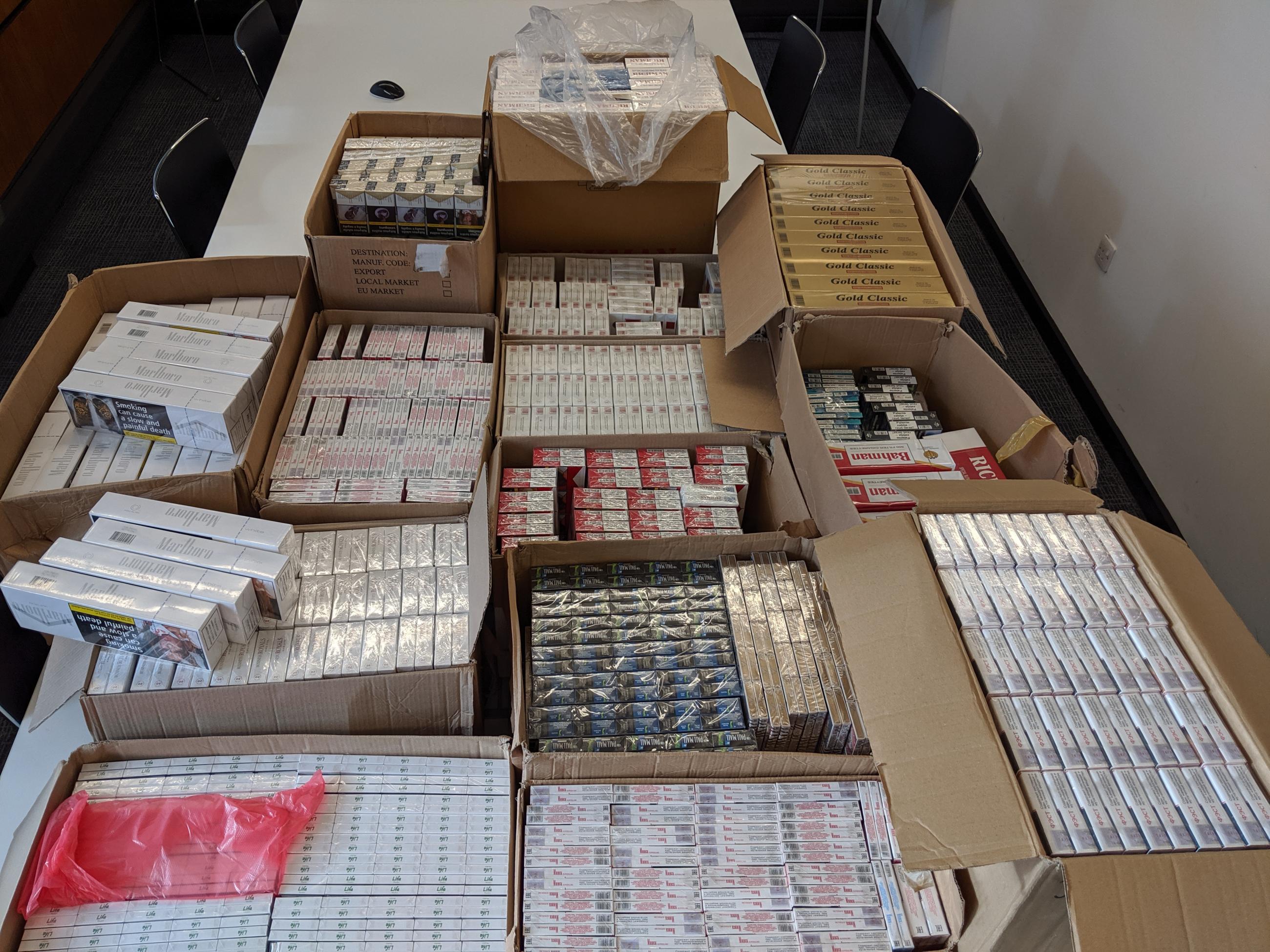 The huge haul of cigarettes found in a storage container

The 120,840 suspected illegal cigarettes, along with 2kg of hand-rolling tobacco, were discovered inside a container in the east end of Newcastle.

They were found following an investigation by Newcastle City Council’s Trading Standards officers as a result of a previous operation they had carried out.

In October, council officers enlisted the support of a specially-trained sniffer dog which helped unearth thousands of cigarettes hidden behind a toilet wall in a Byker shop.

That intelligence led officers to an even bigger collection on Monday (November 4).

Cllr Nick Kemp, Newcastle City Council cabinet member for Environment and Regulatory Services, said: “This is an outstanding result and is a fantastic reward for our officers who do a huge amount of work in tackling these illegal operations.

“It would have been easy to be satisfied with the original operation but by acting on intelligence we have been able to intercept a vast amount of these dangerous products.

“Illegal cigarettes lead to addiction, they’re incredibly harmful to people’s health, and have links to organised crime. No matter what the scale of the operation, we will never allow them to be sold in our city and we will continue to vigorously pursue those breaking the law.”

If you have information about the sale of illegal tobacco, report it to Trading Standards by calling 0191 211 6121 or email tradingstandards@newcastle.gov.uk