Jeremy Beecham, Newcastle’s longest serving councillor, has retired from public life after serving 55 years continuously as an elected representative in the city. 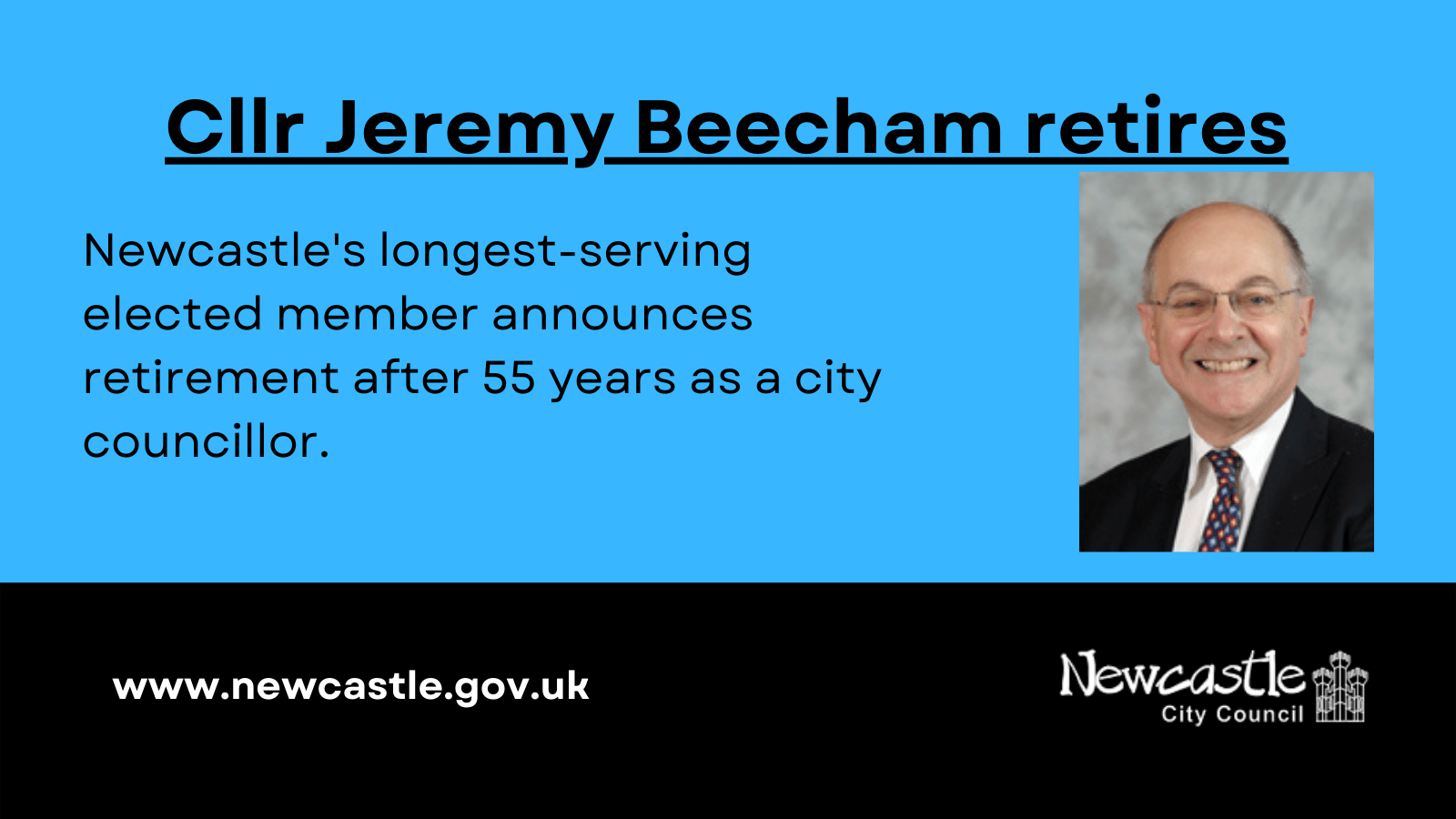 First elected in May 1967 as a councillor for Benwell, Jeremy chaired the Social Services Committee from 1973 before being elected Leader of the Council in 1977. He undertook this role for 17 years before stepping down in 1994, and remains the council’s longest serving Leader.

Jeremy became the chair of the Association of Metropolitan Authorities in 1991, and led the merger of the AMA with the District Council Network and the County Council Network to found the Local Government Association in 1997. The LGA became immediately recognised as the national voice of local government, and Jeremy led the cross-party organisation for 9 years.

Jeremy was knighted in 1994, given the Freedom of the City of Newcastle in 1995, and appointed to the House of Lords in 2010. He served in a number of roles, including Shadow Justice Minister, until his retirement from the Lords in 2021.

Stepping back from his role as a city councillor, after 55 years of unbroken service to Benwell and Scotswood, Jeremy said:  “I feel very honoured to have served on Newcastle City Council as a councillor for Benwell, and latterly Benwell and Scotswood, for the past 55 years. It has been a true privilege to have worked with Labour colleagues to address the needs of the ward and its people, especially those in most need of support. I will miss my connection with the people of Benwell and Scotswood and I am confident that my successor, together with my current colleagues, will continue to work hard on their behalf.”

Sir Keir Starmer, Leader of the Labour Party, said: "Jeremy Beecham has been a giant of the Labour movement, and one of the most significant and influential British politicians of the last 50 years. Already hugely respected across local government from his time as Leader of Newcastle City Council and Chair of the Local Government Association, he also played a significant role for Labour as an extremely active and hard-working peer. He was a highly effective Chair of the National Executive Committee and won huge applause for his skillful chairing of many challenging meetings and conferences. His incredible energy and disarming sense of humour are both legendary and an inspiration to all in the Labour movement. After 55 years of unbroken public service his retirement is richly deserved, and I wish him and his family all the very best for the future.”

Cllr Nick Forbes, Labour Leader of Newcastle City Council, said:  "Jeremy has been an inspiration for successive generations of Newcastle politicians. His tireless work on behalf of the community, his longstanding interest in tackling child poverty, and his incredible wit and humour, have won him friendships and respect across the whole political spectrum. His local and national legacy – whether the hugely successful Quids for Kids campaign in Newcastle, tackling poverty through innovative Priority Area Teams in the city, persuading Gordon Brown to introduce free concessionary travel for pensioners, or successfully campaigning for Educational Maintenance Grants to help children from disadvantaged backgrounds stay in education – have transformed the lives of thousands. His personal modesty means his achievements have often been under-recognised, but there’s no doubt he’s been one of the great transforming politicians of modern times.”

Jeremy’s ward colleagues Cllr Hazel Stephenson and Cllr Rob Higgins said: “It’s been a pleasure to work alongside Jeremy as part of the Labour team in Benwell and Scotswood. His dedication to serving our community is legendary; there isn’t a family he hasn’t helped, or a local community group he hasn’t supported. He’s been consistently active in the ward despite all the other positions he’s undertaken, and we wish him a much deserved long and happy retirement.”