Decisions to permanently close five local bridges to traffic are confirmed by Newcastle City Council today (1 February) as part of the council’s commitment to reduce traffic cutting through local streets and improve local neighbourhoods for the people who live there. 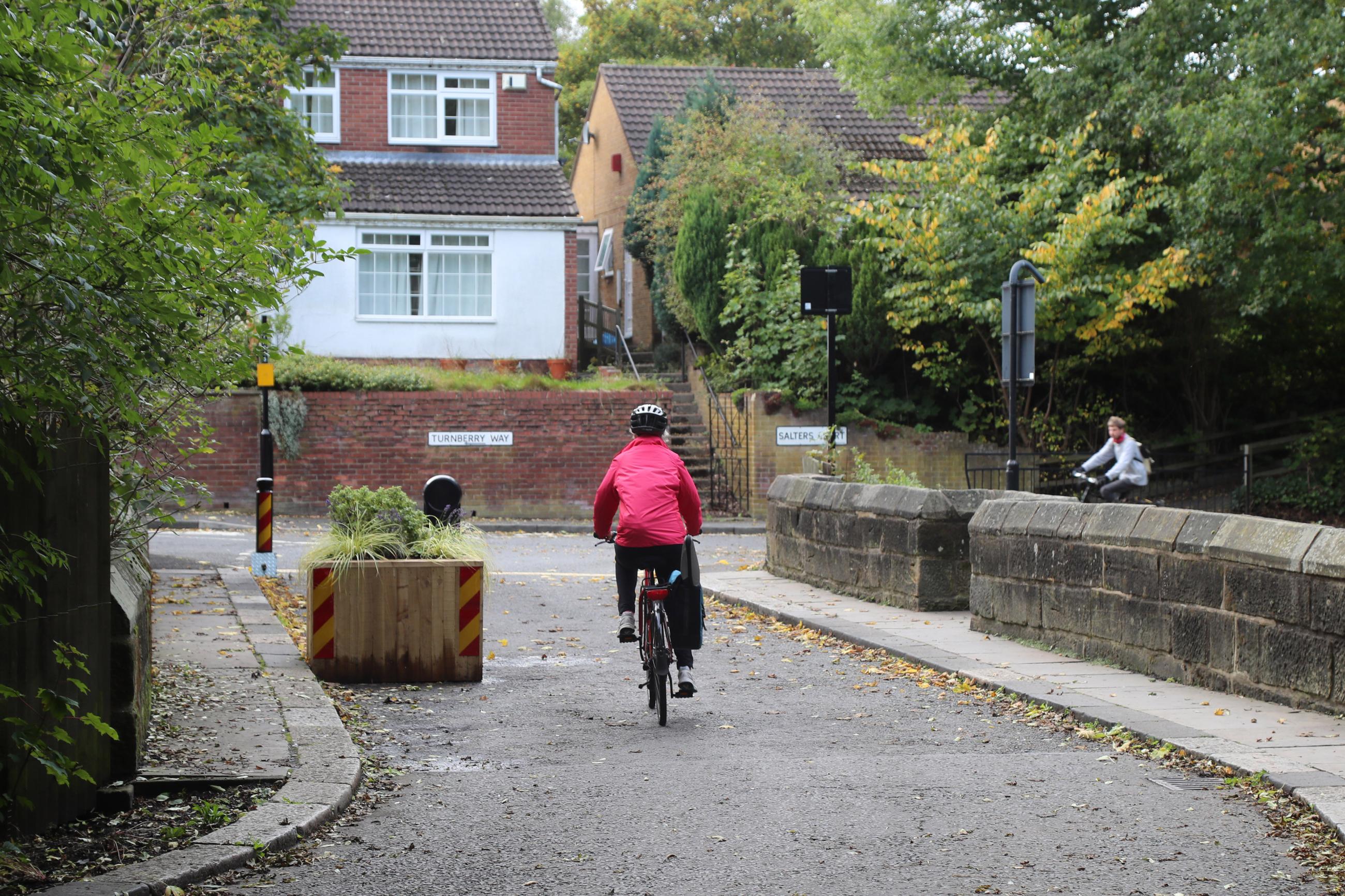 Vehicles have been restricted from using Salters Bridge in Gosforth, Castle Farm Road next to Jesmond Dene, Haldane Bridge in South Jesmond, Argyle Street bridge in Ouseburn, and Stoneyhurst Road Bridge in South Gosforth for just under 18 months, to re-allocate the road space for walking and cycling as part of the council’s response to the pandemic and in line with government’s expectations of councils and local policies to promote active travel.

Cllr Ged Bell, cabinet member for development, neighbourhoods, and transport said: “We’re committed to creating safer, cleaner and greener neighbourhoods and the closure of these bridges to traffic is a part of achieving this.

“We recognise that public opinion has been split on this, as it often is with measures that prioritise or provide more space for active travel. The closure of some bridges to traffic have been more warmly welcomed than others, but we believe it is the right thing to do to create better neighbourhoods which put people first.”

Cllr Clare Penny-Evans, cabinet member for climate change and public safety said, “The principle of this programme is really simple and is something we want to roll out across the city. Neighbourhoods should be places people can access by vehicle if they need to, but being able to cut through local streets means people do that, and it makes our neighbourhoods more dangerous.

“Salters Bridge is a perfect example of this, where we saw many large HGVs navigate over a weak medieval structure, which we had to repeatedly issue warnings on. The closure of this bridge has stopped those vehicles thundering through quiet streets, making the area safer for everyone, particularly for children who can have a sense of playing in their local streets just as many older residents did, before streets were taken over by vehicles.”

Cllr John-Paul Stephenson said, “We’ve seen the report on air pollution around schools and the dreadful health impact poor air quality can have on children. It is initiatives such as these that will encourage more people out of their cars to walk and cycle on local journeys and improve everyone’s health.”

Cllr Bell added, “We’ve taken the time to thoroughly review the impact of the closures on local communities and I am satisfied that keeping the bridges closed to traffic supports our policies on transport, tackling air pollution and improving public health, as well as meeting our statutory duties.

“We will press on with our plans to expand more of these initiatives across the city and introducing School Streets following successful trials. Thousands of people will have received leaflets recently in areas across the city inviting them to raise issues in their local areas so we can include them in our thinking.  These types of schemes are important as they ensure local streets are designed for people, and not dominated by vehicles, cleaning up our air and improving our health and wellbeing.”

Using Experimental Traffic Regulation Orders (ETROs), the council re-allocated the road space for people walking and cycling last August, due to the many schools and amenities in the local areas and the environmental and health benefits this brings. A public consultation ran in the first six months of the closure which generated 42,000 contributions. These were used to inform the decision-making process, alongside other factors such as traffic levels on surrounding streets, traffic speeds, how many people have been using the bridges for walking and cycling and air quality where monitors are in place.

The review concluded that all five bridges should remain permanently closed, with the potential for some further minor works near Stoneyhurst Bridge to address the concerns of people living east of the bridge. This work includes improving the visibility from Dene Crescent onto Haddricks Mill Road as well as potentially introducing a one-way system on four of the surrounding streets.

All of the bridges reported good levels of walking and cycling in the area while the impact on the surrounding road network was manageable and there was no indication of a negative impact on road safety.

Discussions have also taken place with emergency services which only raised a potential issue with the closures of Argyle Street Bridge, but following further work those concerns have been addressed.

As a follow up to the closure to the bridges, further proposals for low traffic neighbourhoods in Arthur’s Hill, Fenham and Heaton were launched in November, for people to feedback on any potential issues they may foresee ahead of the council implementing changes in early 2022. Comments received from residents are currently being reviewed, which will inform the final designs of the scheme.

The council are working on a rolling programme of low traffic neighbourhoods across the city with further schemes to be released in the coming weeks, including Jesmond, Shieldfield, West Fenham, Kenton and Ouseburn Valley.