Newcastle City Council has joined a growing movement of cities, towns and districts standing up for responsible tax conduct. 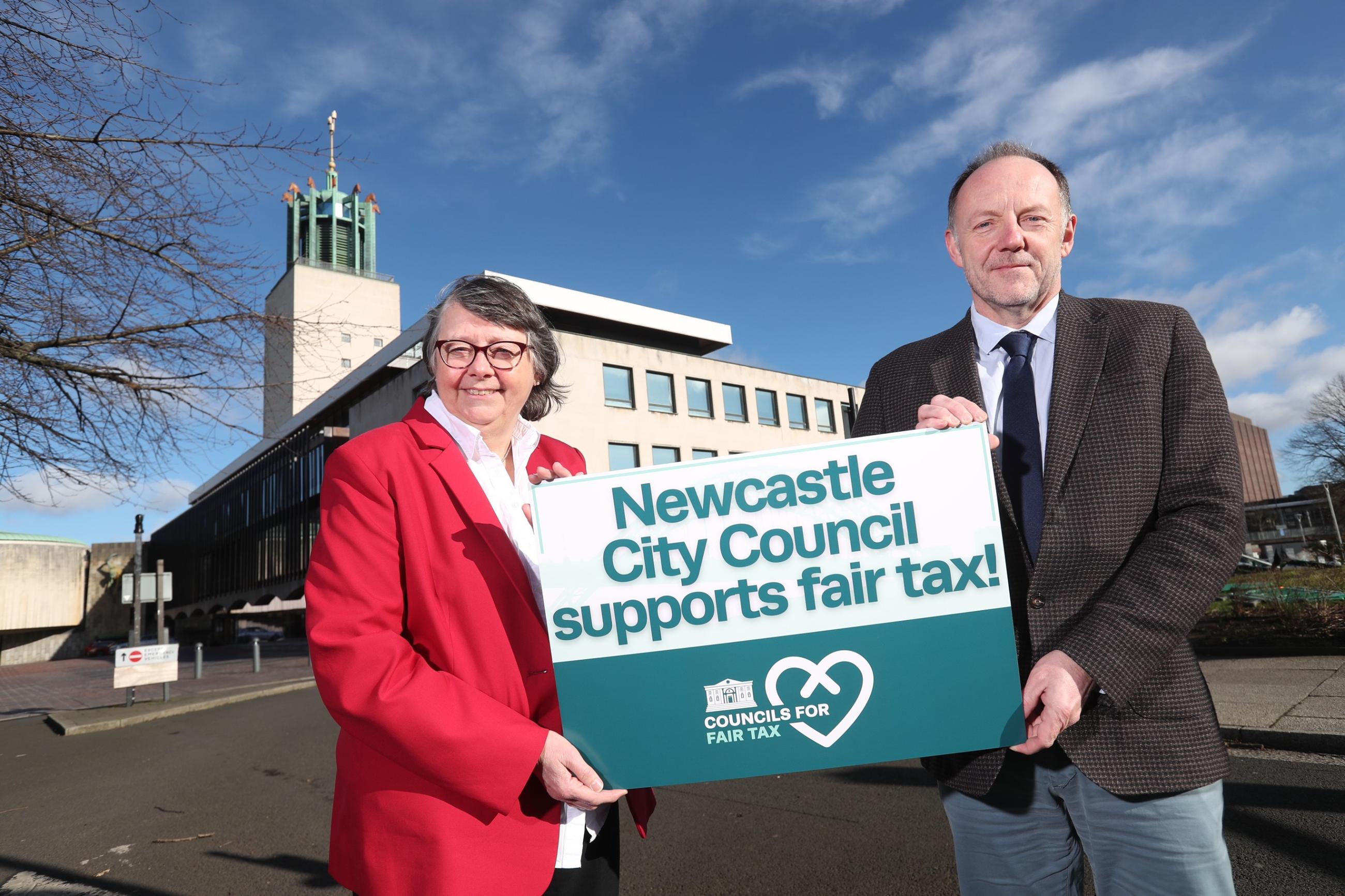 The Fair Tax Foundation has developed the Councils for Fair Tax Declaration in collaboration with UK cities, towns and districts who believe that they can and should stand up for responsible tax conduct - doing what they can within existing frameworks and pledging to do more if given the opportunity, as active supporters of tax justice.

The Declaration commits cities, towns and districts to pursuing exemplary tax conduct in their affairs, require greater transparency from suppliers and join calls for more meaningful powers to tackle tax avoidance amongst suppliers when buying goods and services.

Cabinet Member for Inclusive Economy, Cllr Joyce McCarty, said: “By signing the Fair Tax Declaration we are seeking to lead by example. Everyone needs to pay their fair share of tax, especially now when public spending is under such intense pressure, and we need to maintain public services to help people suffering from the cost-of-living crisis.

“As a council with a proud track record of doing the right thing we now match the Living Wage Foundation, so our lowest paid staff are paid a decent wage. Promoting the payment of tax strengthens that commitment to fairness, equality and social justice.”

Polling* commissioned from ICM by the Fair Tax Foundation found that two-thirds (62%) of the public agree that the Government and local councils should consider a company’s ethics and how they pay their tax as well as value for money and quality of service provided, when undertaking procurement.

Paul Monaghan, Chief Executive at the Fair Tax Foundation, said: “We’re delighted that Newcastle Council is standing up for responsible tax conduct by approving the Councils for Fair Tax Declaration. In doing so, Newcastle City Council is committing to the highest possible standards of tax conduct in its own affairs, and is joining other supporters of the Declaration in calling for greater powers to tackle tax avoidance amongst suppliers.

“We know that aggressive tax avoidance negatively distorts local, as well as national, economies and undermines the ability of responsible business to compete fairly, both domestically and internationally. Recent research has found that the UK loses an estimated £17bn in corporation tax revenues as a result of profit shifting alone.

“At the Fair Tax Foundation, we believe that ‘good’ tax conduct should be a core public procurement consideration. Not only because it helps level the playing field for competing suppliers and bolsters the national corporate tax take, but it also enables better identification and mitigation of financial and corruption risks by contracting authorities.

“As recipients of significant public funding, it is right that councils should take the lead in the promotion of exemplary tax conduct”.

More information and the full text of the Councils for Fair Tax Declaration here: https://fairtaxmark.net/supporters/councils-for-fair-tax/

*2020 polling (2020 ICM Omnibus: a nationally representative omnibus survey of c.2,000 adults across GB between 15th and 17th May 2020) commissioned by the Fair Tax Foundation from ICM.

The Fair Tax Mark accreditation scheme was launched in February 2014 and seeks to encourage and recognise organisations that pay the right amount of corporation tax at the right time and in the right place. Tax contributions are a key part of the wider social and economic contribution made by business, helping the communities in which they operate to deliver valuable public services and build the infrastructure that paves the way for growth. Accredited businesses include listed PLCs, co-operatives, social enterprises and large private business. The Global Multinational Business Standard was launched in the last quarter of 2021, enabling multinationals headquartered outside of the UK to be accredited for the first time. The Fair Tax Foundation operates as a not-for-profit social enterprise and believes that companies paying tax responsibly should be celebrated, and any race to the bottom resisted.