An ambitious £20 million bid to secure the future of two of the city’s most iconic and treasured assets has been announced by Newcastle City Council. 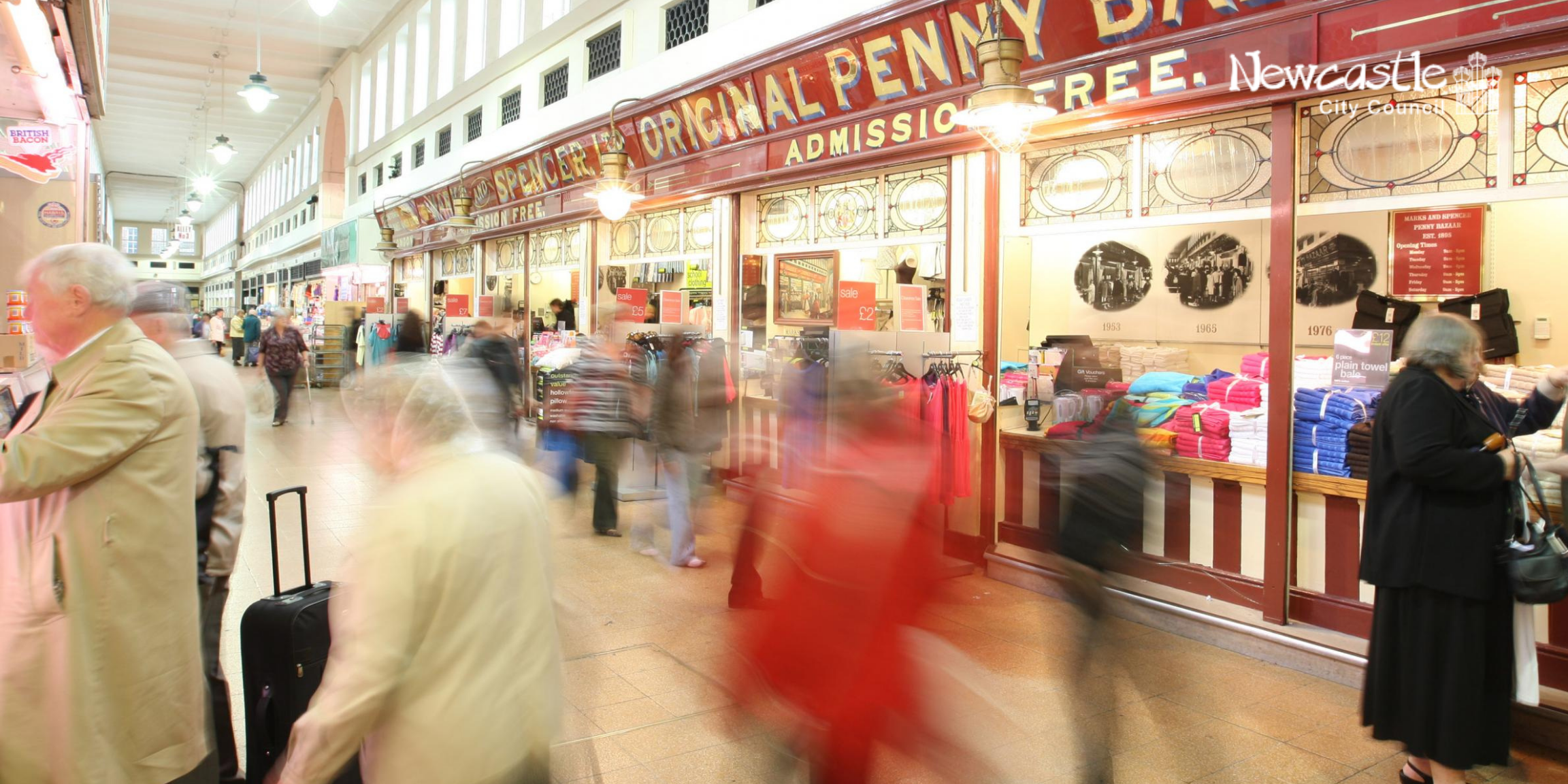 The Grainger Market and Old Eldon Square look to benefit from significant investment if the bid to the Government’s Levelling Up Fund is successful, dramatically improving the quality of the Grainger Town area.

As well as preserving these much-loved cultural assets and ensuring they continue to play a vital role in the city’s future, the funding would also improve the environment and connectivity in the city centre.

'A thriving hub for independent businesses'

Cllr Nick Forbes, Leader of Newcastle City Council, said: “Covid has accelerated the need to redefine city centres following years of decline in retail and the increased popularity of online shopping. To survive they need to adapt, diversify and work harder to attract people.

“Within our city centre both the Grainger Market and Old Eldon Square have a central role to play in this.

“The Grainger Market is the city’s oldest retail asset, but it is also a thriving hub for independent local businesses.

“This investment will not only allow us to protect and enhance one of the city’s most important buildings, it will allow small businesses to grow and prosper – protecting and creating jobs for local people.

“It will also support our plans for Old Eldon Square and Blackett Street. We want to create somewhere that celebrates the heritage and culture of the city, as well as providing a safe, green and clean space capable of hosting major events, something the people of this city deserve.

“Our city centre is vital to the economic renewal of our city. If it prospers the whole city prospers. I urge the government to recognise what a vital role the Grainger Market and Old Eldon Square have to play in helping our city realise its ambition and in turn make a real difference to people’s lives.”

Investment in the heart of the community

In addition to the £20 million the council hopes to secure from the Levelling Up Fund, additional match funding has also been identified, which will take the total level of investment to £26.22m.

Newcastle Central MP Chi Onwurah has backed the council’s bid for this investment. She said: “I am confident that this proposal will bring investment right into the heart of our community and local economy.

“The Grainger Market is a unique, Grade 1 listed building that is highly valued by residents and visitors to the city, and this funding will both secure its future and enhance its splendour so it can continue to be enjoyed for many years.

“Old Eldon Square is at the core of the city centre and investment in its connectivity and environment will deliver a world class public space that celebrates the life and culture of the city.

“The Covid crisis has hastened change in our high street and magnified the importance of local centres. I urge the government to see the worth of this bid which will allow the council to design and deliver a 21st century offer in the heart of the 19th century heritage, protect and create thousands of new city centre jobs and support Newcastle to build back better.”

A successful bid to the Levelling Up Fund would not only significantly contribute to the transformation of the city centre and have a positive impact economically and socially on local people’s lives, it would also support the council’s clear ambitions to reduce carbon emissions, improve air quality and to be a smart city.

£1 million from the overall pot has been earmarked for a proposed expansion of the low-carbon heat source at the District Energy Centre (DEC) on Newcastle Helix. The proposal is to extend this across the city centre to East Pilgrim Street.

The funding would also support the council’s plans to improve digital infrastructure and connectivity in the city centre by providing high-quality public access Wi-fi which would also be available in the Grainger Market.