A landlord has been barred from letting out his property after allowing it to fall into a shocking state. 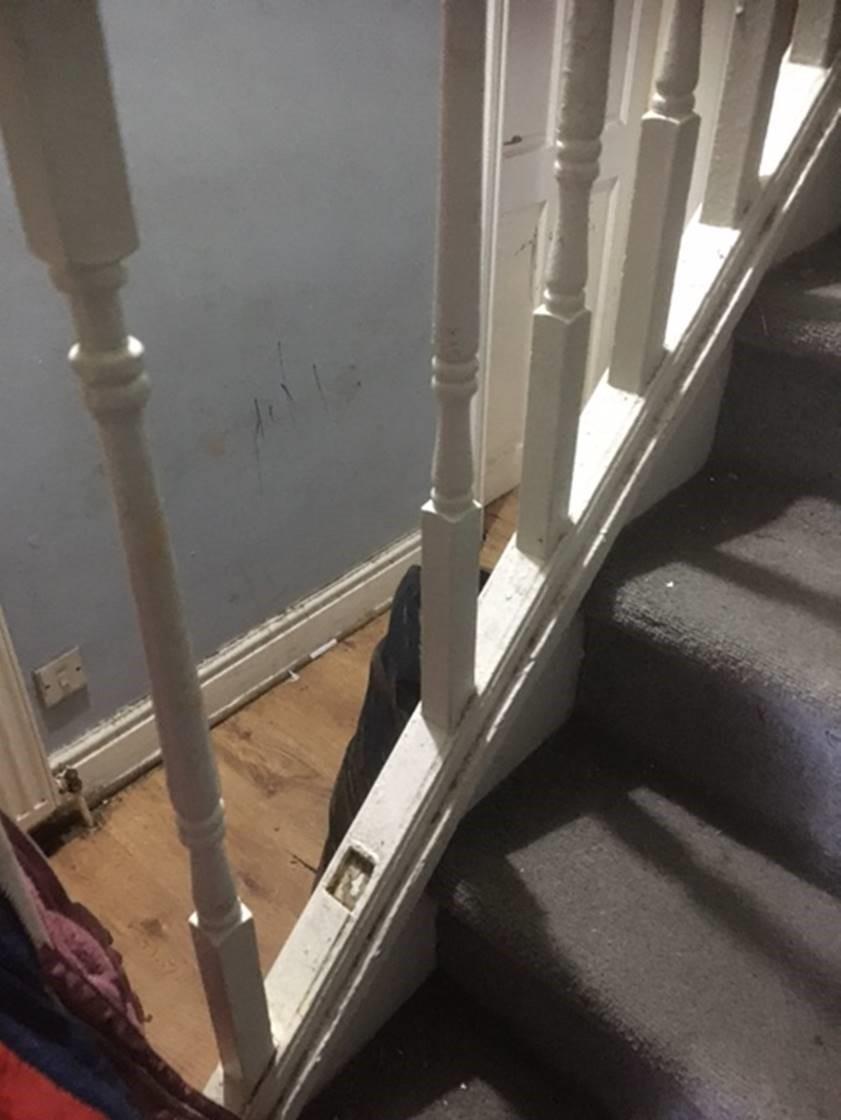 He was served with a Prohibition Order by Newcastle City Council after failing to carry out essential maintenance on the five-bedroomed house in Elswick, Newcastle.

A couple and their nine children had to be moved out and placed in emergency accommodation by the authority.

The house had defective double glazing, missing balusters on the staircase which could cause trips and falls, leaking pipework, holes in the ceiling, damp, mould, insecure front and back doors, no hot water supply in the kitchen, and no smoke detector in the ground floor hallway.

Rats had also gnawed their way through electrical cabling making the electricity supply unsafe and knocking out the heating system leaving the family with no heating or hot water.

The tenants turned to the council after their landlord failed to respond to their requests to deal with the serious disrepair and infestation. When he failed to comply with requests by the authority to carry out the repairs, it had no option but to serve him the Prohibition Order under the Housing Act 2004.

Cabinet Member for Housing and Regulation, Cllr Linda Hobson, said: “This is a shocking example of a landlord failing to fulfil his legal obligations. My heart goes out to the family who lived there and endured appalling living conditions.

“Thankfully they are now in accommodation that is clean, warm, and safe – not a lot to ask for in the 21st century it would seem, however, some landlords are failing in their duty of care to provide anything like decent living conditions.

“In Newcastle we are determined to raise standards in the private rented sector – a growing and increasingly important part of the housing market.

“We have worked with landlords, the vast majority of which are good, to introduce a property licensing scheme - but instances like this just underline the value of these schemes.

“Landlords, who fail to maintain basic living standards, should be aware that we won’t hesitate to step in and use our powers to stop them renting out their properties.”

The landlord could be convicted in court and subject to an unlimited fine if he fails to comply with the order.

It is estimated that over 50,000 properties in the city are privately rented of which approximately 14,500 require a licence.

Landlords are required to license each of their properties in designated areas and the money raised goes into raising standards, tackling anti-social behaviour, and supporting tenants and landlords.