The UK’s leading charity for lesbian, gay, bi and trans (LGBT) rights has declared Newcastle City Council as its employee of the year. 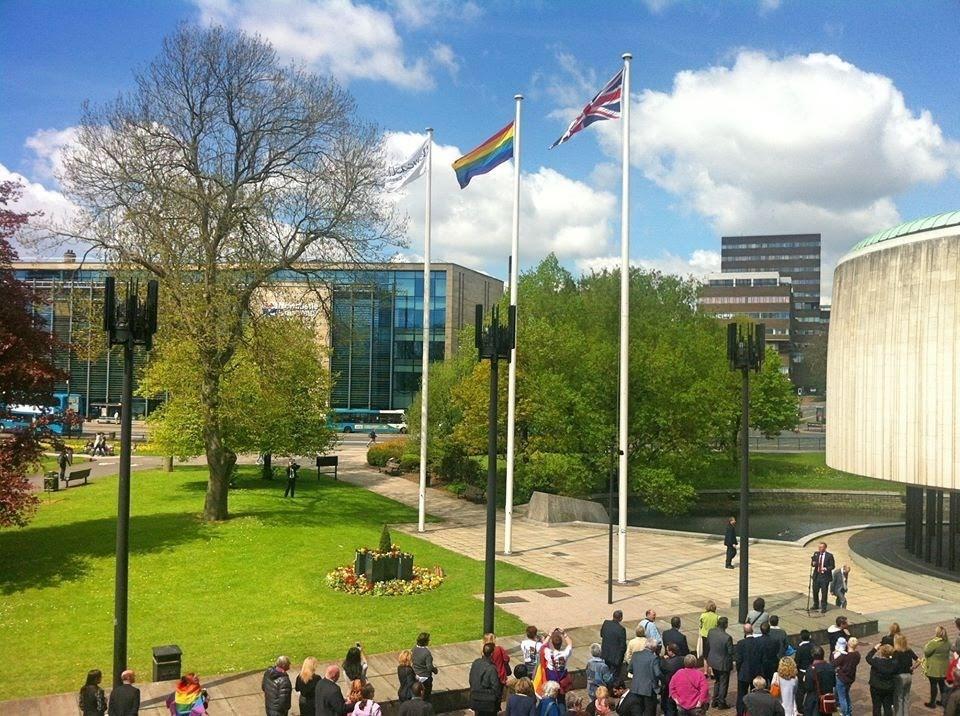 The council becomes the first ever local authority to receive the prestigious accolade from Stonewall, which is awarded in recognition of an organisation’s inclusive, accepting and tolerant workplace environment.

In naming Newcastle City Council as its number one employer, Stonewall praised its ‘commitment to equality and fairness’ and described the local authority as a ‘champion of change and acceptance’.

Cllr Joyce McCarty, Deputy Leader of Newcastle City Council, said: “I’m incredibly proud that our commitment to inclusivity has been recognised with this accolade, and it is a fantastic achievement for us to be first local authority to be named as Stonewall’s Employer of the Year.

“But this is really an award for everybody in our city who shows every day that we are all equal and that our great city accepts everyone. Newcastle is a safe and welcoming city and the North East in general does a great deal to champion the LGBT community.  We are all eagerly anticipating the fantastic opportunity to demonstrate this by being the host city for UK Pride 2020.

“It is part of the core values of Newcastle City Council that we are all equal and I would like to thank all our amazing staff for putting these beliefs into practice and creating an outstanding workplace where everybody feels comfortable to be who they really are.”

The announcement as Employer of the Year follows years of climbing up Stonewall’s Top 100 employers list in recent years and builds upon last year’s previous high of fifth place.

As well as the marquee announcement, Newcastle City Council has also been named as a Top Trans Employer and as having a Highly Commended Network Group.

Sanjay Sood-Smith, Stonewall’s Executive Director, said: “We spend most of our lives at work, so getting workplace inclusion right makes a huge difference in the lives of so many LGBT people. Every year, our list of the Top 100 employers shows us who’s leading the way when it comes to creating a work environment where LGBT people can thrive and be themselves in the UK.

“Newcastle City Council is paving the way for others to follow when it comes to putting LGBT inclusion and equality at the heart of their workplace. When staff feel comfortable, happy and understood, they will perform much better than if they’re having to hide who they are, or if they’re scared to go to work for fear of abuse.

“Whether you’re a global corporation or a local business, you have the power to protect and support LGBT people with accepting workplace environments where staff can bring their full selves to work. The more organisations that stand up for equality, the sooner we will live in a world where all LGBT people are accepted without exception.”