On Remembrance Sunday, 13 November, residents of Newcastle will pay tribute to those who sacrificed so much to keep our country safe with a military parade and Service of Remembrance. 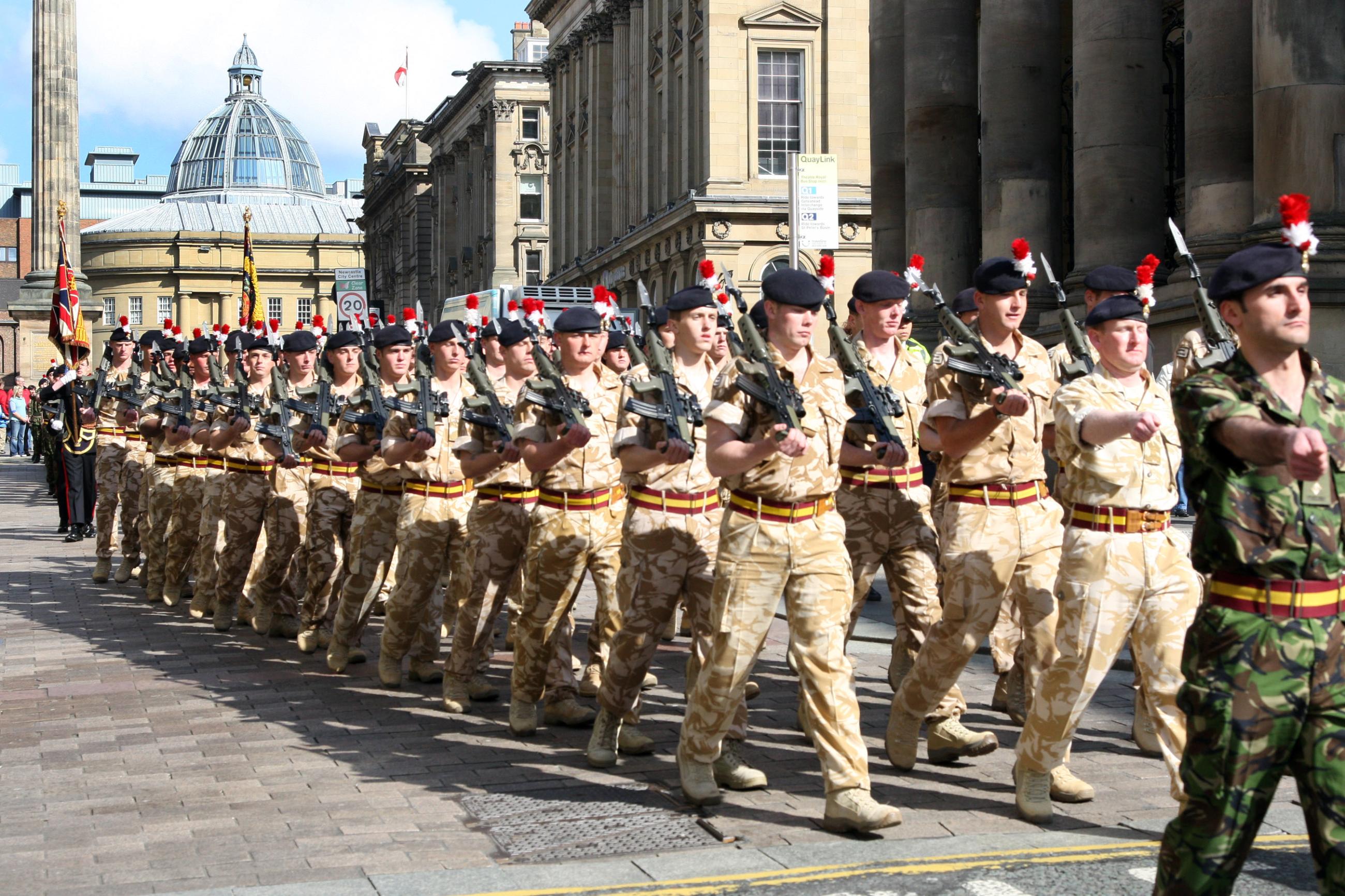 Royal Regiment of Fusiliers on Parade in Newcastle

Commemoration events will begin when the Lord Mayor of Newcastle, Councillor Karen Robinson, lays wreaths on the Renwick War Memorial, the Burma Star Memorial, the Memorials to the Royal Regiment of Fusiliers and the South Africa War Memorial.

Crowds are then expected to line the route as His Majesty’s Forces, under the Command of Lieutenant Colonel P Smyth MBE, Commanding Officer 5 Fusiliers, are joined by cadets and veterans for a Military Parade that will march from the Civic Centre to the City War Memorial at Old Eldon Square.

At 11am, the Lord Mayor will lead crowds gathered at the War Memorial in observing a two-minute silence in memory of those who lost their lives in two World Wars and the conflicts that have followed.  A Service of Remembrance will then be led by the Very Reverend Geoff Miller, Dean of Newcastle Cathedral.

Wreaths will be placed on the War Memorial before the Lord Mayor and her party move to the Saluting Dias at Grey’s Monument where she will take the salute as the parade marches back to the Civic Centre.

Councillor Karen Robinson, Lord Mayor of Newcastle, said “Remembrance Sunday is a time to come together to remember and pay our respects to those who gave their lives to protect our freedom and way of life.

“As the war in Ukraine continues, Remembrance Sunday is also an important opportunity to say thank you to serving military personnel and their families for everything they continue to do to keep us safe.

“The debt of gratitude we owe our Armed Forces is one we must never forget and I am sure the people of Newcastle will turn out in their hundreds as we pay tribute and say thank you to each and every one of the brave men and women who served and who continue to serve today.”