Parents urged to talk to their children about alcohol

With exams over and summer holidays on the horizon, Balance and partners are warning parents about the risks of providing teenagers with alcohol. 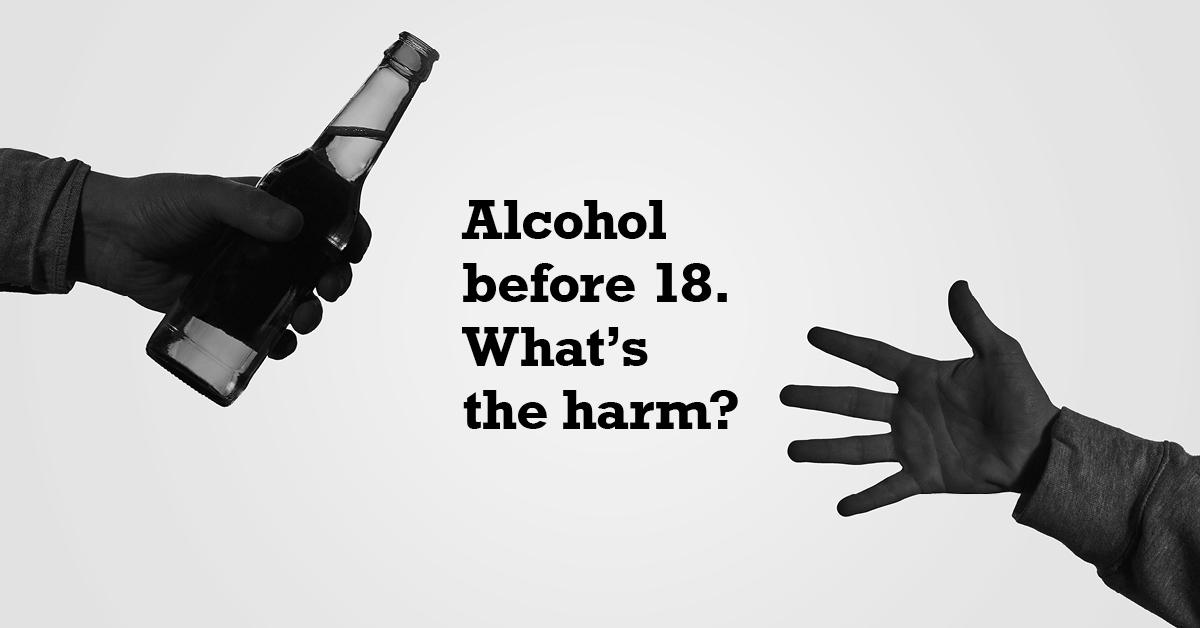 Alcohol before 18. What's the harm?

Balance, police and Newcastle City Council are encouraging parents to think twice about giving drinks to children which can harm their health and undermine 18 plus age of sale laws which protect children’s safety and local communities from disorder

It comes as Balance launches the What’s the Harm? campaign, aimed at giving parents information about the risks of under-age drinking and encouraging families to think twice about providing alcohol.

Drinking during the childhood years increases the risks of accidents, injuries, smoking and drug taking, and can affect their mood and mental health. Regular drinking also increases the risk in adulthood of cancer, including breast and bowel cancer.

Research shows around 70% of alcohol drank by children comes from the family home. Evidence suggests that drinking in childhood is more likely to give them a taste for it and lead to heavier drinking as adults.

Chief Medical Officer (CMO)’s guidance recommends that an alcohol-free childhood up to 18 is the healthiest and best option, and that if children do drink it should not be before age 15.

Susan Taylor, Head of Alcohol Policy for Balance, said: “Every parent wants what is best for their child and we have seen over the last couple of years the devastating impact of alcohol on both physical health and mental health.

“Nobody wants to think their child might be the one getting drunk, taking risks, having an accident or getting into a situation they can’t handle. But the reality is that too many local children are ending up in hospital, in A&E or with real problems in their lives because of alcohol.

“The longer we can delay drinking alcohol in the lives of our children, the better. One of the biggest myths among parents is that providing children with alcohol can help them “handle” drinking when they’re older, but the evidence is clear that drinking at a young age can give children a taste for regular and heavier drinking. So, we are urging parents to think twice about supplying alcohol and undermining over 18 laws which exist to protect our children and protect local communities.”

Karen Kilgour, Deputy Leader of Newcastle City Council and cabinet member for a Healthy, Caring City, said: “We all know that excessive consumption of alcohol can have serious consequences for our health, but there is less awareness of the fact that this impact is far greater on younger people and their development.

“Alcohol can cause serious health problems later in life when children, and especially those under the age of 15, start drinking from an early age.

“Parents want the very best for their children and I’m delighted to be able to support the ‘What’s The Harm?’ campaign to help raise of the dangers of alcohol in young people. We know there are a lot of people – including children – impacted by alcohol in the family and the campaign helps us to try and tackle the normalisation of alcohol.”

To find out the facts and the myths people can visit Whatstheharm.co.uk and download the free Parents Guide which can help parents have a conversation with their child about alcohol.

Alcohol and children: the facts:

Drinking, even at age 15 or older, can be hazardous to health. Children who drink increase their risk of involvement in a wide range of health and social problems.

Alcohol can affect all the different systems in the body and the fact that children’s organs are still developing can make them particularly vulnerable. We know that drinking alcohol can affect their liver, bones, hormones and even their growth. Children are smaller, which means alcohol’s effects work more quickly on them in the short-term. Alcohol poisoning can result in young people being admitted to hospital or worse.

Young people are not immune to the chronic diseases and conditions associated with excess alcohol consumption in adults, and deaths from liver disease are now occurring at younger ages.

Alcohol may increase feelings of depression. There is a relationship between adolescent alcohol use and mental health problem, as well as low mood and motivation which can affect performance at school.

Children who drink regularly are also more likely to smoke and take illegal drugs, have accidents and be involved in risk taking behaviours.