The coronavirus pandemic has left many people in Newcastle facing unprecedented challenges while vulnerable and elderly residents have been confined to their homes, unable to access the provisions they need. 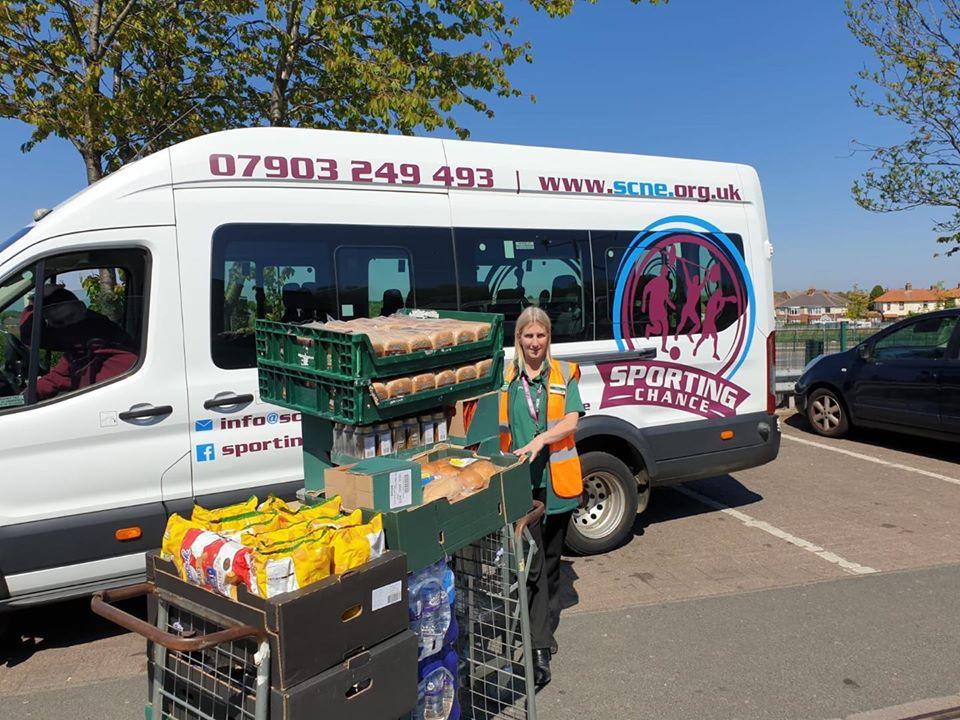 Sporting Chance take delivery of a donation of food

This has resulted in dozens of charitable and voluntary organisations stepping forward to ensure those unable to fend for themselves get hold of even the most basic commodities. The most pressing demand has been for food.

Among the many organisations who have responded to meet this significant requirement is Sporting Chance.

Before self-isolation and social distancing were everyday phrases, Sporting Chance provided education and training opportunities to people that may face barriers in accessing mainstream education from its Cowgate base.

In January, it took over the Lavender Kitchen community café in Cowgate, transforming surplus food into meals for the community.

That operation ceased when strict measures were introduced to help stop the spread of coronavirus, but supplying food to those who needed was no longer confined to NE5 but expanded to meet demand throughout the city.

When lockdown was implemented, the need for free and low-cost food soared with people being furloughed or losing their jobs altogether. The most vulnerable members of society needed help and founder Jamie Cairns decided to build on existing connections with supermarkets and other suppliers and get out to deliver food where it was needed.

From a standing start, more than 2,200 parcels have been delivered. That number rises by up to 200 each day as the 15-strong team of staff and volunteers work relentlessly to keep residents fed.

“We’re doing absolutely everything, but it’s a lifeline that we need in the current climate,” says Jamie.

“I’ve barely seen my daughter since this started and other people are the same because they are working flat out.”

There are many others like Sporting Chance who have witnessed the struggles people are facing who have responded with incredibly selfless with an immense community spirit the motivation to keep fighting other people’s corners.

Cllr Nick Forbes, leader of Newcastle City Council, said: “This is an entirely different challenge that we’ve not seen before but there are individuals and organisations out there doing remarkable things for their communities.

“This is a global crisis, but the way local people have responded and helped shoulder the burden makes me truly proud to be a part of this community.

“To each and every person doing their bit to help others, thank you.”

Much of the effort to assist the most vulnerable residents during the lockdown has been coordinated by Citylife Line, which was established in March to allow people to make their need for assistance known. Enquiries have since come in from more than 2000 individuals with their needs referred to voluntary and community sector organisations across the city.

A fundraising appeal was also launched, which was seen individuals, businesses and other pledge over £40,000 to help with the costs of purchasing food and other essential goods.

Read more about Citylife Line at www.newcastle.gov.uk/citylifeline or make a donation here.