Holocaust Memorial Day (HMD) takes place every year on January 27, the anniversary of the liberation of the Auschwitz concentration camp during World War 2. It is a day to remember the millions who died in the Holocaust and genocides in places such as Cambodia, Rwanda, Bosnia and Darfur. 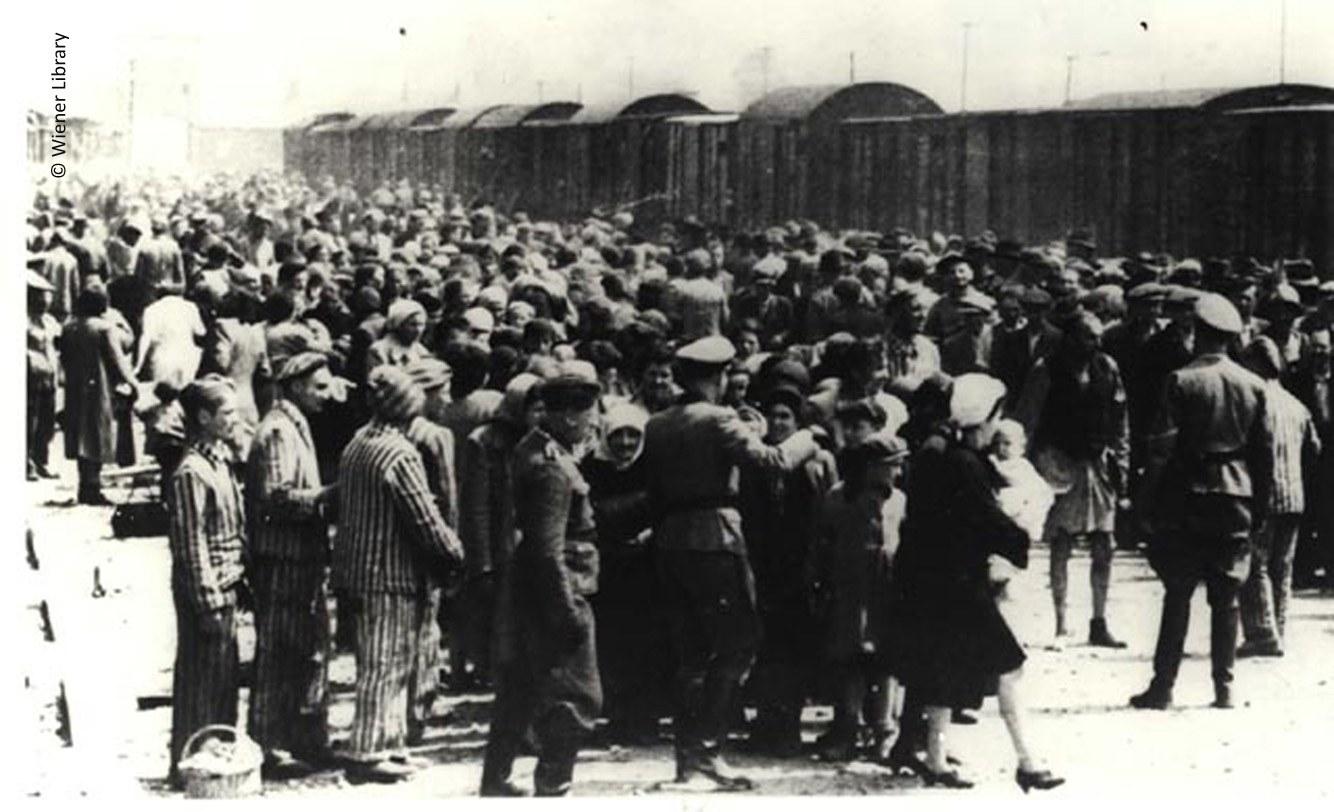 Arrival and selection at Auschwitz

Ordinary People were perpetrators and bystanders, witnesses and rescuers.

And those persecuted were – are – also Ordinary People.  They aren’t criminals, they haven’t done anything wrong, they are just Ordinary People who happen to belong to a particular group or community.

In every genocide there are extraordinary Ordinary People.  Remarkable, unusual people who see themselves as ordinary but who go to great lengths to help rescue and save others, who stand up against genocide in the hope of ending the horrors it brings.

Newcastle’s enlightening and moving HMD programme, which is delivered by local groups and organisations with support from the council, embraces the theme of Ordinary People.

Activities to mark HMD in the city include films, exhibitions, concerts and talks from Holocaust survivors.  Where Do You Sit? an exhibition, film and radio broadcast from Skimstone Arts, includes photographic portraits of local and international people who have shared their extraordinary stories about interrogation, fear of the unknown and the extraordinary people who supported them to find sanctuary.

"Sometimes we think these things can't happen again.  But then something happens and ordinary people are persecuted.  We might think this can never happen to us but it can happen to anyone at any time.  Please, let’s stand together to end persecution." - Lord Mayor of Newcastle, Councillor Karen Robinson

The Brundibár Arts Festival is the only annual event that showcases little known music written during the Holocaust.  This year’s opening concert, Creativity and Totalitarianism, is dedicated to composer Mieczyslaw Weinberg, a Polish born composer who not only escaped Nazi persecution but survived imprisonment in Stalinist Russia.

People in Newcastle will also have the opportunity to learn about the Roma Holocaust.  Often referred to as the forgotten Holocaust around 500,000 Roma and Sinti people were killed with many more used as forced labour or subjected to forced sterilization and medical experimentation.  As well as an exhibition, the Roma community in Newcastle are also hosting a commemorating event which will be followed by the first every screening of ‘Testimonies from the Roma Holocaust’.  The film which, was made in the city, translates video testimonies from Roma Holocaust survivors and their descendants into English for the first time.

Lord Mayor of Newcastle, Councillor Karen Robinson, said: “We’re all ordinary people and sometimes we think these things can’t happen again.  But then something happens and ordinary people are persecuted and we, as ordinary people, have to stand up and be counted. We might think this can never happen to us but it can happen to anyone at any time.  Please, let’s stand together to end persecution.”

Councillor Lesley Storey, Cabinet Member for a Vibrant City and Chair of Newcastle’s Holocaust Memorial Day Committee said “Genocide doesn’t just happen.  It grows out of racism and hatred when they go unchecked. In the UK, whilst we are not at immediate risk of genocide, discrimination does still exist in our city and our country.

“Newcastle is a welcoming, friendly place and we’re proud to be a City of Sanctuary. We are committed to helping people fleeing conflict and genocide as they rebuild their lives but there is always more that we can do.

“Our Holocaust Memorial Day programme looks at the roles that Ordinary People can play in tackling hatred, in standing up against discrimination and in supporting those fleeing from genocide.

“We must never forget the people who lost their lives or suffered in the Holocaust and the genocides that followed.  We remember what happened so that current and future generations can learn from the mistakes of the past.”

Full details of Newcastle’s Holocaust Memorial Day programme can be found at www.newcastle.gov.uk/holocaust-memorial-day-2023.

Genocide doesn’t just happen.  It grows out of racism and hatred when they go unchecked. In the UK, whilst we are not at immediate risk of genocide, discrimination does still exist in our city and our country.

Cabinet Member for a Vibrant City