Canine crimefighters with a nose for knock-offs have helped Tyneside trading standards officers seize tens of thousands of illegal cigarettes. 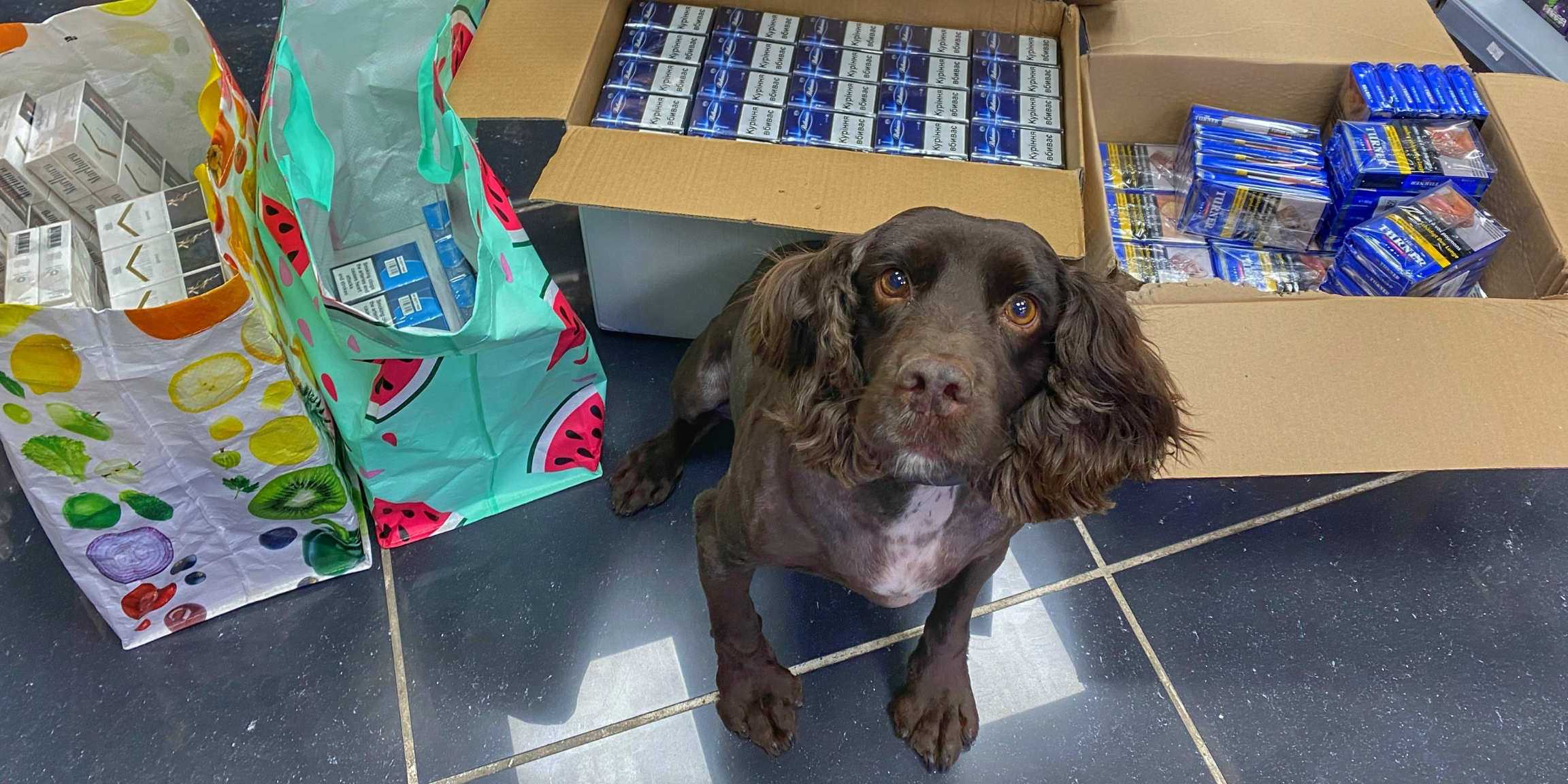 Raids on four premises in the Benwell, Byker and Heaton areas of the city netted 32,000 suspected illegal cigarettes and a kilogram of alleged illicit hand rolling tobacco.

'Remarkable dogs again prove their worth'

David Ellerington, manager of Newcastle City Council trading standards, which led the operation, said: “These remarkable sniffer dogs have once again proven their worth by landing another blow to the illegal tobacco trade that blights the health of residents right across Tyneside.

“We know the sale of illicit cigarettes not only leads young people to become addicted, which has long term negative effects on their lives, but often has links to organised crime.

“And whether joined by our canine crimefighting companions or not we will never stop in our efforts to stop criminals flooding our streets with their unregulated products.

“Unlawful goods will never be acceptable in our communities, and we would urge anyone with information on the sale of illegal tobacco to anonymously report it to the Keep It Out campaign on 0300 999 0000 or at keep-it-out.co.uk.”

The seizures were made under Operation CeCe, which is a National Trading Standards initiative in partnership with HMRC to tackle illegal tobacco.

In a separate, linked raid, trading standards officers from North Tyneside Council also seized more than 14,000 cigarettes and nearly 5kg of rolling tobacco from a shop in Wallsend.

Chief inspector Ron Charlton, of Northumbria Police, said: “This joint-operation was the result of weeks of preparation and planning, and we are pleased to have helped take these illegal goods off the streets.

“Some people may think the selling of counterfeit goods is a victimless crime, but quite often these goods can be a product of organised crime.

“Groups can supply them into the region with the intention of making money, which enables them to then continue to fund illicit activities.

“We are committed to pursuing criminals and protecting our communities as part of Operation Sentinel, which is our collaborative approach to tackling serious and organised crime, and we will continue to work with all our partners to prevent and disrupt these groups.”