Business partners who operated an illegal Newcastle waste site – with one defendant fly-tipping waste across the city – have been sentenced. 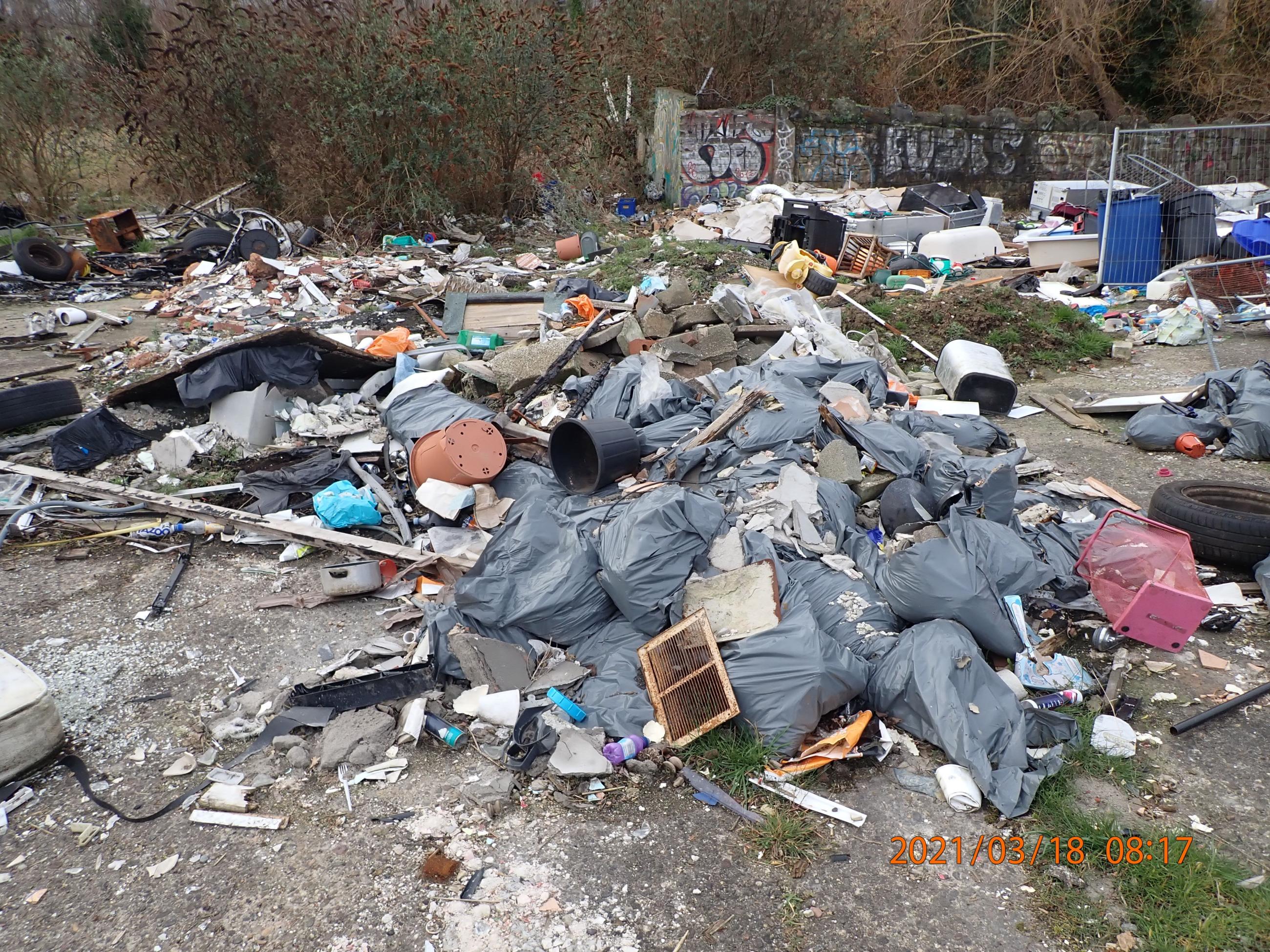 The court result follows a joint investigation between the Environment Agency and Newcastle City Council into multiple waste offences.

David Ashley McNeill, 34, of Morris Street, Gateshead, was sentenced at Newcastle Magistrates’ Court on 13 January after previously pleading guilty to four fly-tipping offences, operating an illegal waste site, failing to comply with a notice to clear the site and failing to produce waste transfer notes.

The court heard that the pair were partners in a business known as both NE1 Waste Management and NE1 Garden and Waste Services. They were issued a waste carrier’s licence on 23 July 2020, which is a legal requirement for anyone transporting waste. Carriers must also keep records of waste types and quantities, and the place the waste is taken must be legally authorised to accept it.

On four occasions over the next four months, Newcastle City Council Enforcement Officers traced fly-tipped waste across the city at Woodstock Road, Westfield Road and Beaumont Street back to people who had paid for waste removal services from the pair via their Facebook page.

During August 2020, the Environment Agency were alerted by the council that NE1 Garden and Waste Services had leased a derelict former scrapyard at Walker Road and were also depositing waste there.

They registered a ‘waste exemption’ for the site, which means limited activity can take place without the need for an Environmental Permit, but an Environment Agency visit revealed the activities were outside of the exemption. The pair were told to stop all activity at the site immediately.

They were given until 21 September 2020 to clear the site of waste, which included mattresses, freezers, sofas, timber, plastic and black bags. During two occasions in September, Tyne and Wear Fire and Rescue Service attended fires at the site.

Further checks by the Environment Agency revealed new deposits of waste. McNeill blamed fly-tippers for breaking in and dumping some of the waste in the yard.

In October 2020, the Environment Agency issued a notice to McNeill to again clear the site of the waste he’d deposited. The following month both McNeill and Bland were given notice to produce the legally required waste transfer notes for waste taken by them to the site at Byker. No notes were produced.

An Environment Agency spokesperson said:  “The waste industry is strictly regulated and operators have a legal duty to ensure their business doesn’t impact on the community or environment.

“In this case both Bland and McNeill had a blatant disregard for the law, dumping waste at the Walker Road site and not keeping any records of their activities.

“We’ll continue to work closely with our partners to identify criminal activity and ensure action is taken against those who break the law.”

A Newcastle City Council spokesperson added: “Fly-tipping is not only illegal, it looks unsightly, damages land, and can lead to pollution of the environment. Illegal operators undercut legitimate businesses, and undermine efforts to dispose of and recover waste safely.

“We have a zero-tolerance approach to fly-tipping and as a council we are doing all we can to catch and prosecute those who spoil our communities by dumping rubbish.

“Local people should be wary of any businesses that only operates through social media and do not have a landline phone number or business address.

“They should also check that anyone who says they can take away their rubbish is registered to do so. As always we would encourage people to help, and when safe to do so, provide us with information so we have the greatest chance to catch these criminals.

“You can make a report anonymously by visiting Newcastle City Council’s website.”

McNeill was sentenced to a 12-month community order to include 25 days rehabilitation, fined £100 and ordered to pay a £95 victim surcharge.

Bland was sentenced to a 12-month community order to include 20 days rehabilitation activity. She was fined £100 for breaching an unrelated suspended sentence and also ordered to pay a £95 victim surcharge.