Back of the net!

A dodgy salesman who bought more than 1,300 fake football strips to sell during the World Cup scored a dramatic own goal when trading standards intercepted and confiscated the lot. 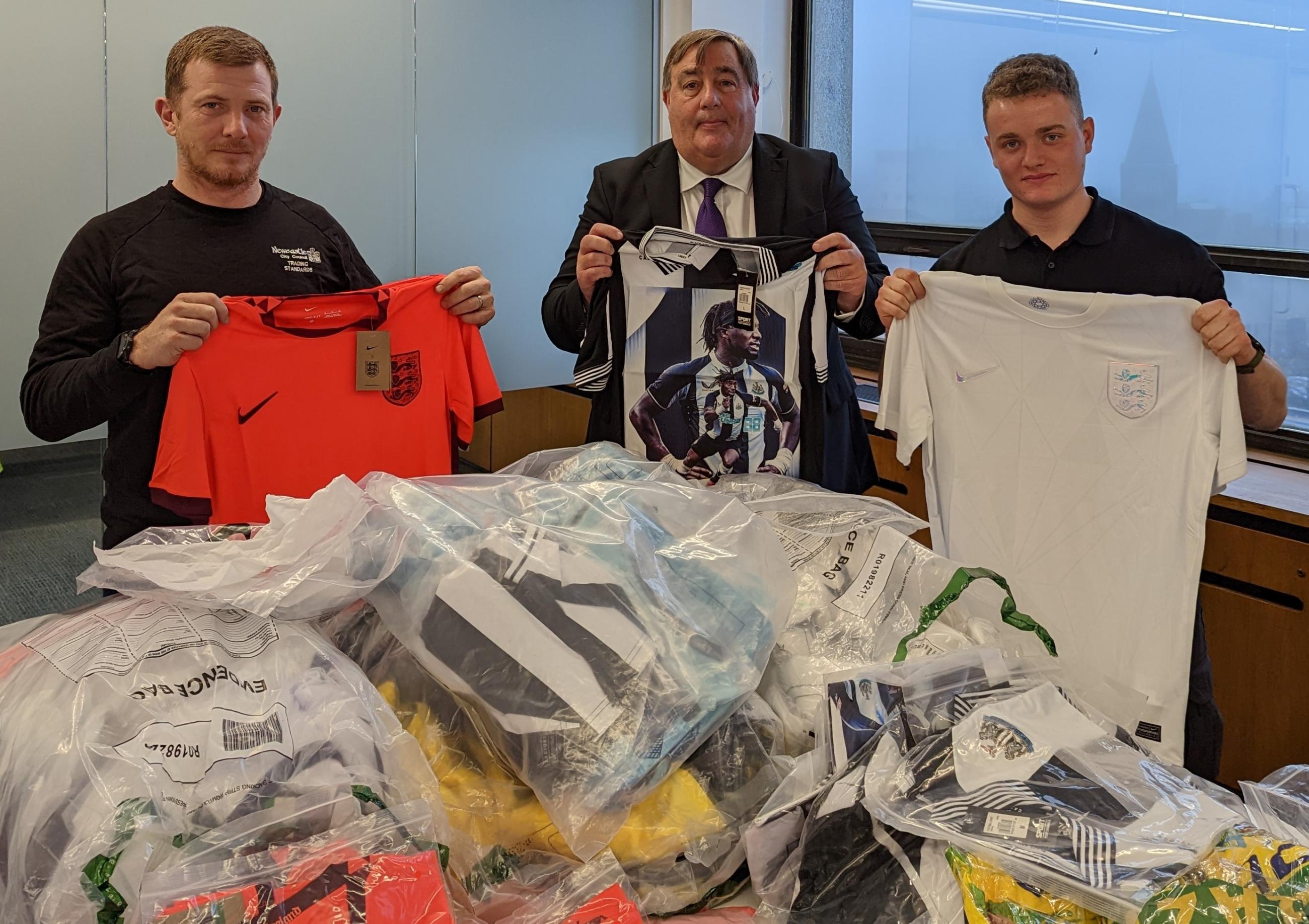 Officers estimated the haul of counterfeit goods, had they been genuine, were worth in the region of £82,000.

They included most nations taking part in the football competition including Germany, France, England and Portugal to name just a few. Their street value is an estimated £35,000.

The full strips, including shorts, shirts and socks were imported from abroad. They were destined to be sold in online markets had trading standards not put in a timely tackle.

They were spotted during routine online searches for counterfeit goods carried out by trading standards officers online. In this case they discovered the seller was using anonymous profiles.

Searches against the postcode yielded previous intelligence relating to the import and sale of counterfeit goods going back years.

Checks with Revenue and Benefits gave a specific address and linked the occupant to the seller and their profiles which was enough to get a warrant to search the address in Newcastle.

Inside the house the seller had dedicated storage units for the strips which were sorted by teams and sizes.

The colourful haul is now at a secret location, its future uncertain because of ongoing legal investigations. One option is that they may be confiscated and recycled or just destroyed.

Cabinet member for Regulation, Cllr Irim Ali, said: “It is a serious crime to sell fake goods with prison sentences up to 10 years and unlimited fines.

“It’s becoming quite prolific on social media sites, but people need to be aware our trading standards officers do monitor those sites and there is always a risk that if you are committing this offence, you may get a knock on your door from our team.

“It’s tempting to think of these as a victimless crime, but counterfeiting is part of organised crime often with links to drugs, people trafficking and prostitution.

“Workers who make these products often work in dangerous and terrible conditions, and the cost to the UK economy alone is an estimated £4bn a year.

“I would like to congratulate our team for their diligence and hard work in stopping these strips being sold and urge anyone with information to come forward in confidence and speak to our team who always investigate these matters.”