Proposals for the future of a busy high street have been set out by Newcastle City Council. 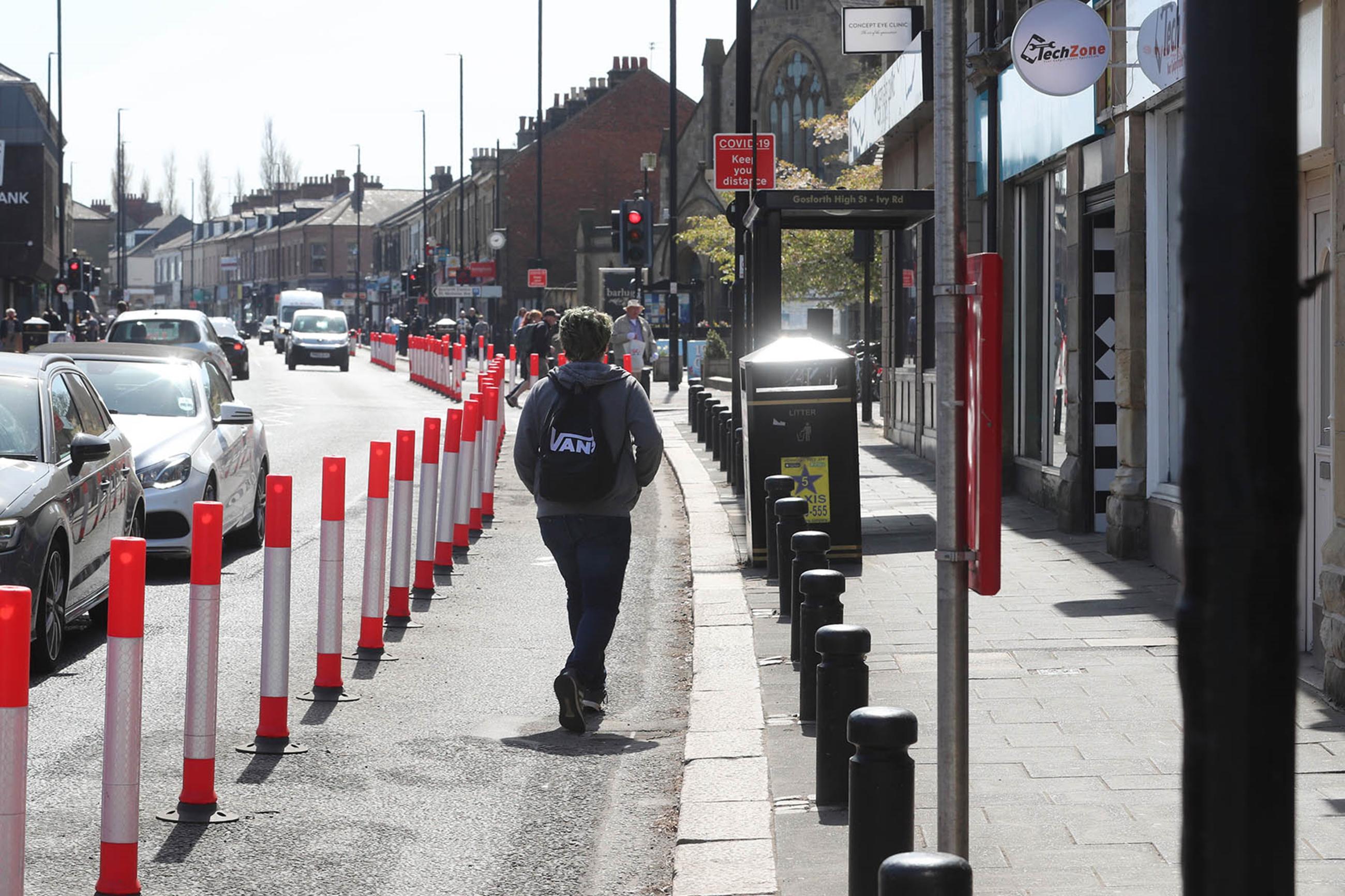 The proposals would see one lane of traffic each way retained through the main stretch of the High Street but without the current bollards in place.

Plans would see improvements made to Gosforth High Street to make it a more people-friendly area, with widened pavements, green infrastructure, seating and cycling parking, as well as measures to prioritise public transport.

This includes bus lane provision extended on the approaches to Gosforth High Street, with the current bollards removed and replaced with widened pavements for seating and planting to improve the attractiveness of the area. Green infrastructure would be installed, such as living roofs on new bus stops, to improve biodiversity and air quality in the local area.

The proposals would see one lane of traffic each way retained through the main stretch of the High Street but without the current bollards in place. The intention to reclaim the space permanently for people who are walking or wheeling will mean this High Street, which currently has some of the narrowest footpaths of any comparable shopping street in the city, would be a nicer place to be.

Using Experimental Traffic Regulation Orders (ETROs), it is intended to make the changes in early 2023. Public consultation would take place for the first six months of the scheme being implemented. This would allow the council to trial the scheme and gauge public feedback, ahead of making a long-term decision on elements of detailed design.

Cllr Jane Byrne, cabinet member for a connected, clean city said: “The bollards on Gosforth High Street are an issue that has understandably been raised with me many times. I believe that these proposals will make better use of the space creating a nicer place for people to visit and prioritising public transport on a key bus route.

“We simply do not believe that we should remove the bollards and return to four lanes of traffic on one of the narrowest high streets in the city, when what we actually need is better and more creative use of the space through green infrastructure, that cleans up the air and benefits everyone.

“The proposals we’re setting out will improve public transport services, with reliable journey times as well as better-placed bus stops. At the same time, they will improve the look and feel of Gosforth High Street, making it greener, pleasanter and more accessible.

“Officers from across the council are working on designs for the high street, including urban design and traffic planners, and will be developing ideas with people in the local area, which will be shared later in the year. Discussions are also ongoing with bus operators and local councillors to ensure that we develop the best scheme for people living, working and visiting this part of the city.”

People accessing the High Street on bikes, would find better bike parking facilities to encourage more people to cycle there, as well as benefit from using the extended bus lanes to cycle along the high street. To complement the proposals for the High Street the council are continuing to look at other improvements elsewhere to promote quiet routes and better connect walking, wheeling and cycling routes across the city. More details on the focus of this work will be outlined in October.

The proposals put forward also support the council’s commitment to improve public transport across the city and would see an extension of bus priority measures on the southern stretch of the High Street which would enable buses to get to the front of any queues. These measures would be in place northbound and southbound from the pedestrian crossing between Moorfield and Moor Crescent up to the vicinity of Elmfield Road.

Working with bus operators, the council are also looking at improving bus stop locations and bus infrastructure to improve accessibility and bus journey times. Measures like this, in locations such as the Great North Road, are an essential part of the proposed Enhanced Bus Partnership across the North East region which will see improvements to bus reliability, services, and in bus fares.

Designs for the public are expected to be ready later this year, before implementation in early 2023, as part of a trial basis. The measures could be in place for up to 18-months while the council review the findings from data and public feedback on the scheme, while bidding for the funding to deliver a long term enhancement to this area.